You are using an outdated browser. Please upgrade your browser to improve your experience.
by Brent Dirks
August 14, 2020

Music is a more powerful storytelling tool than most people realize. It’s the vital seasoning that makes every movie, TV show, advertisement, and internet video meme work how it should, manipulating your emotions in exactly the right way.

The problem is, using an existing piece of music involves paying exorbitant fees or drawing on classical pieces that everybody has already heard a trillion times.

MovieMusic aims to solve that problem for you by providing a library of compositions that you can dip into for every conceivable dramatic context.

These tracks, which have been written by a company of jobbing professional composers and performed by a live orchestra, tend to be around a minute long. They fall into 70+ albums, with titles like “Attractive”, “Badness”, “Excitement”, “Light”, “Christmas”, and so on.

The tracks themselves have titles too. In the “Love” album, for instance, you’ll find “Bond”, “Bliss”, “Longing”, “Intimacy”, and more. Each album contains 30 tracks, meaning there are over 2000 in all.

There are a couple of chapters of Orchestral Tools as well - subtle accents to create mood rather than full-blown musical compositions.

The first two tracks in each chapter are free, while the remaining 28 cost 99c a pop. The reason MovieMusic is able to sell its music so cheaply is that the files are restricted to a bitrate of 128kbs, and the tracks are licensed for personal, non-commercial use. So if you’re looking for a cheap way to score your next Hollywood project, you’ll have to look elsewhere.

MovieMusic is simple to use and it works surprisingly well. The Christmas music sounds Christmassy, the Comedy music sounds suitably quirky and upbeat (think Curb Your Enthusiasm), and the Disgusting music, somehow, sounds disgusting.

A bit of imagination is required when it comes to the individual track names, such as “Baking” (“Bright pizzicato helps show off the intricacies of the expert in full flow”), but on the whole MovieMusic provides snippets of music that intuitively belong in their categories and do what they’re supposed to do.

Every single one of the app’s 2000+ tracks is in the same key and tempo, too, so you can in principle blend them into a seamless orchestral score. It’s very clever.

This really helps when navigating the 2000+ tracks, as does the simple preview - or “audition” - facility that lets you listen to each track in full before deciding whether to spend money on it.

It’s also worth mentioning that each track in MovieMusic has three versions: Cinematic (the default), Intimate, and Modern. While the quality levels of the different versions naturally vary according to the track, in general we find that Cinematic is the one to go for.

MovieMusic has a seamlessly simple interface. You just choose a chapter, pick a song, and tap the play icon to listen. Once you buy and download a song you’re given the option of sharing it via iMessage, WhatsApp, Mail, or even opening it in iMovie or another video-editing program. It couldn’t be easier.

While MovieMusic’s interface is intuitive and easy to use, its presentation is functional rather than enjoyable.

You could argue that the same applies to the music itself. This isn’t a criticism of the compositions, all of which sound polished and professional. But the wall-to-wall orchestral arrangements don’t reflect the breadth and variety of music right now.

There’s a bit of digital percussion overlaid on the tracks in Modern mode, but few other nods to contemporary musical styles. If you’re looking for a traditional sound, it’s perfect. Otherwise, you may struggle to find what you’re looking for - even in the Technology chapter.

MovieMusic is a slightly odd proposition. While asset libraries are usually for commercial use, this one is just for fun.

But it’s a fun tool that will add a pleasing sheen to your personal and non-commercial YouTube videos. It’s incredibly easy to use, too, and it contains a generous supply of musical morsels. 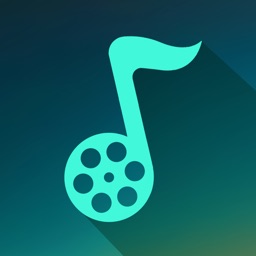 MovieMusic | Music For Videos
Gothic Projects
Nothing found :(
Try something else