“You may recognize 30A from the signature blue, white, and yellow stickers stuck on cars across the country.” –Coastal Living

“30A is more than just a road in Florida. A website that started to promote a small stretch of coastline is fast becoming an international brand.” —ABC

“People on vacation use the 30A app – they aren’t bringing their laptops and PCs when they travel, but they all have smartphones.” —Entrepreneur Magazine

In April 2017, 30A was invited to speak at the 3D Journalism conference, Russia’s largest forum for journalists and media professionals.

30A® celebrates small-town beach life along Florida’s gulf coast. But “30A is more than just a road in Florida,” said ABC. “A website that started to promote a small stretch of coastline is fast becoming an international brand.” The 30A Company has given away over 1,100,000 of its famous 30A stickers, and with over 600,000 Facebook fans around the world, “30A.com has exploded" (Southern Living). The 30A Company has raised over $900,000 for local charities and is a founding member of The Sonder Project. For more information, visit www.30A.com.

30A® and Life Shines® are Registered Trademarks.

Similar Apps to 30A 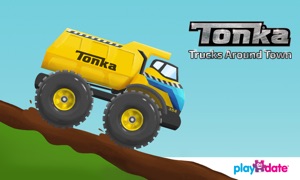 PlayDate Digital
Nothing found :(
Try something else