You are using an outdated browser. Please upgrade your browser to improve your experience.
by Joe White
February 17, 2011
Thanks to the astonishing success of the iPad, Apple was the number one PC manufacturer in Q4, 2010, according to a recent DisplaySearch report. As you can see in the results below, Apple is now ahead of HP, Acer, Dell, and Toshiba, and has accounted for 17.2 percent of all PC shipments made in Q4, 2010. During this period, Apple reportedly shipped a total of 10.2 million MacBooks and iPads - almost one million units more than the runner up, HP.

Apple's iPad was released back in April 2010, premiering ahead of other "serious competitors." Obviously, this partly accounts for Apple's success in the PC market. The main question is, with the impending release of the Motorola Xoom (and various other highly anticipated non-iOS tablets), can Apple maintain first place, or will potential iPad customers go elsewhere? Let us know your thoughts in the comments. [via Gigaom] 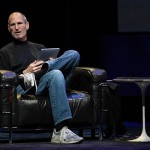 Apple Jumps To Number One PC Manufacturer, Thanks To iPad

Apple Jumps To Number One PC Manufacturer, Thanks To iPad
Nothing found :(
Try something else