You are using an outdated browser. Please upgrade your browser to improve your experience.
by A.T. Faust III
June 24, 2012
Back in February when Apple acquired Chomp, the blogosphere speculated in unison that a major retooling of App Store search and discovery was imminent. However, with no mention of the engine's influence at WWDC 2012, we weren't sure exactly when those changes would come to fruition. Now, though, it seems like Chomp is chomping at the App Store's constraints. Slowly but surely, developers the world over are reporting curious changes in their apps' search rankings. Whether it's because Apple has gotten better at intended "topic detection" or because specific keywords now take a back seat to overall rating and download history, nobody's certain. Still, the near-term implications, according to TechCrunch, are clear:

If you’re a developer or publisher counting on a well-chosen name to help with visibility, things could get tougher from here on out. But if you’re a popular and well-reviewed app, things might be looking up.

Of course, the model (immature as it surely is early in this reported redesign) is far from perfect. In some instances, developers are actually seeing their highly-rated utilities displaced -- often dropping dozens of spots -- by less relevant games and apps. Others simply argue that putting too much emphasis on established popularity can make it that much harder for legitimately good new releases to climb up the charts. Needless to say, whatever Apple's up to, finding the perfect search balance for an App Store filled with over half a million titles is bound to be an intricately choreographed, long-term affair. The few changes we're seeing today are only the beginning. Source: TechCrunch 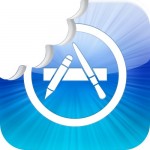 Apple's Chomp-Powered Search Tweaks Are Seemingly Underway
Nothing found :(
Try something else