You are using an outdated browser. Please upgrade your browser to improve your experience.
by Joe White
November 10, 2012
As expected, it seems as if the state-owned China Telecom will carry the iPhone 5 from late November or early December. Though the smartphone hasn't yet passed China's so-called "final approval," a recent report from The Wall Street Journal affirms previous speculation on the subject. The Journal reports:

China Telecom Chairman Wang Xiaochu said Friday in a brief interview on the sidelines of the Communist Party’s 18th Party Congress in Beijing that the phone should be by early December if not sooner.

Already, iPhone 5 handsets will have made their way to China via the grey market. Demand for the previous handsets in the country has been huge, and there's no doubt that Apple will shift a ton of iPhone 5 smartphones in China once the sixth-gen model launches. So, essentially, it's in the company's best interest to launch in China as soon as possible. If any more news hits the Web, we'll let you know. Source: The Wall Street Journal 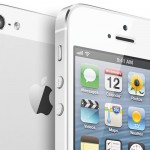 China Telecom Could Offer The iPhone 5 From Late November

China Telecom Could Offer The iPhone 5 From Late November
Nothing found :(
Try something else