You are using an outdated browser. Please upgrade your browser to improve your experience.
by Joe White
September 25, 2011
Earlier this week, All Things Digital claimed that Apple is planning on announcing the fifth generation iPhone handset on October 4. Now, in a follow-up piece to his previous report, John Paczkowski notes that the event will not be held at the Yerba Buena Center for the Arts in San Francisco, but will instead take place on the Apple Campus in Cupertino. In the past, Apple has held its fall event at the larger YBCA venue. However, according to Paczkowski, "this year things are going to be different." He writes:

This year, Apple’s holding its big iPhone media event closer to home. Sources close to the company say the demonstration — currently scheduled for Tuesday October 4, a date first reported by AllThingsD — will be held at Apple’s campus in Cupertino, California. Why? That’s not entirely clear. Perhaps the release date was too much of a moving target to risk booking a large space like Yerba Buena Center for the Arts (YBCA), which has hosted a number of big product unveils in the past. Perhaps, the company felt a more intimate venue was best for newly installed CEO Tim Cook’s first media event. Perhaps YBCA was simply already booked. Whatever the reason, the world will get it’s first look at the next iPhone at Apple’s Town Hall Auditorium in early October.

As of this moment, nothing has been confirmed by Apple, meaning we can't be absolutely sure that the event will be held on October 4 at all, let alone in Apple's Town Hall Auditorium. However, All Things D is certainly a reliable source, and various other reports have noted that Apple will unveil the iPhone 5 in early October, meaning the website's claims are hardly outlandish. Furthermore, as Paczkowski notes, things are somewhat different this year - Steve Jobs has stepped down, and this is Apple CEO Tim Cook's first media event as chief executive officer of the company. And don't forget - last year, Apple held its "Back to the Mac" special event on the Apple Campus in October. What do you think? Feel free to post your thoughts in the comments. We'll keep you posted if any more news becomes available. [via MacStories] 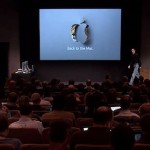 All Things D: Apple To Hold October 4 Event On Apple Campus
Nothing found :(
Try something else