You are using an outdated browser. Please upgrade your browser to improve your experience.
by Joe White
August 1, 2011
A new report from John Paczkowski of All Things Digital claims that Apple will release the fifth generation iPhone handset in October, as opposed to September. In the article, Paczkowski claims to have been informed by "a source familiar with Apple's plans," and while we're usually highly skeptical of source-fueled reports, the fact that this one has come out of AllThingsD leads us to believe that there may be an element of truth behind it. Previously, we had heard that Apple was planning on debuting the fifth generation iPhone handset in September, and possibly unveiling it at the company's annual music event. This came as a surprise - usually, Apple unveils new iPhone hardware at WWDC, and releases the next generation iPhone soon after. However, this year WWDC came and went without an iPhone announcement. Since, we have heard from a variety of different news sources that Apple is planning on launching the iPhone 5 in September. Furthermore, AT&T has reportedly blocked out employee vacations during the last two weeks of September, suggesting that the carrier is expecting a huge influx of foot traffic during this period. Now, AllThingsD has weighed-in on the matter, and notes that Apple will debut the iPhone 5 in October. As outlined in the article:

“I don’t know why AT&T’s calling for all hands on deck those weeks, but it’s not for an iPhone launch,” a source familiar with Apple’s plans said. So, when can we expect the company to uncrate the iPhone 5? “October,” the source said, while declining to offer a hard launch date. Other sources said it will be later in the month rather than earlier.

Clearly, this is bad news for Apple fans who had been hoping to grab the iPhone from September. However, do remember that nothing has been confirmed by Apple - no launch date has been announced, and the handset itself hasn't even been announced yet. Furthermore, the source AllThingsD cites in the article could have misinformed them, meaning the iPhone 5 could launch at any time. We'll let you know if there are any developments. In the meantime, feel free to post your thoughts in the comments below. 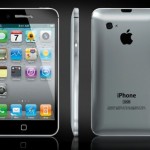 AllThingsD: Apple To Launch iPhone 5 In October, Not September

AllThingsD: Apple To Launch iPhone 5 In October, Not September
Nothing found :(
Try something else