New games are riding into the App Store ready to make their mark by helping you kill time. This week has some great looking titles, so let's get right to the list. The early highlights include a bike riding trick sequel, a turn based puzzle game, a time shifting text based adventure, and much more. 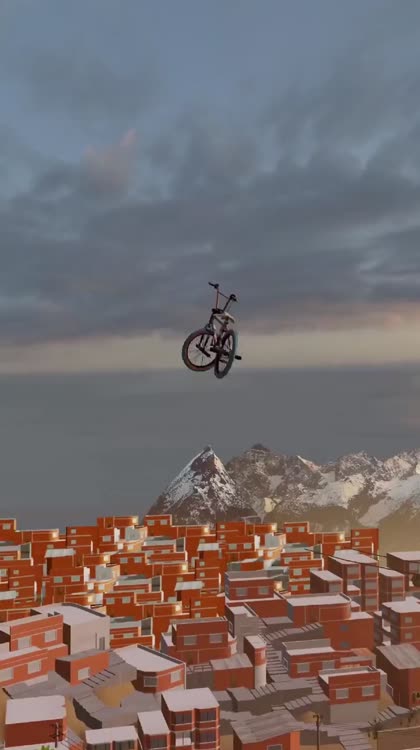 Put two fingers on screen to ride the bike, and get ready to pull off a ton of tricks. The sequel maintains the Illusion Labs style, and enhances it in every way.

Vandals is a unique turn-based stealth puzzler where you must leave your mark on the city in the form of street art.

A text based adventure with an interesting twist on time. You're hurtling along at Lightspeed checking social media, sending messages into the ether that will be received at different hours, days, weeks, and months.

An intriguing genre mash up based on The Three Little Pigs.

The game combines elements of competitive board game, choose your own adventure, and business simulation. Play as The Big Bad Wolf and become an entrepreneur trying to tank your down rival

The popular skyscraper simulation game is now on your iPad for hours of fun.

Project Highrise is what many call the spiritual successor to SimTower, and it's now available on your iPad.

Fire away to protect your base.

A dual stick shooter combined with a base defense set up all mixed with a peculiar art style and storyline. Get ready for the onslaught.

Explore beautiful and bizarre worlds by dashing from target to target and avoid the pesky, hostile creatures. Are you up to the task?

Aim, pull back, and release to try to get as close to the hole as you can. There's a 45 second arcade mode, a 3 ball challenge mode, and a bullseye mode to try.

Gameloft has a new large scale zombie shooter for you to try. Choose your class, build a shelter, craft weapons, and get ready to face off against thousands of other players in large map PvP battles.

Hop over the shifting line.

A quick action arcade game to deal with all of the obstacles that appear on the line. Get your hoping shoes on to collect flags and coins with quick jumping sequences in between.