It should come as no surprise, but 2022 was another wonderful year for iOS gaming. Enjoy our choices for the top new games of the year.

History With a Touch of Fantasy

Based on a true story, the game focuses on the Franklin expedition in the 19th century to explore to Arctic. It resulted in shipwreck, disease, and mutiny. 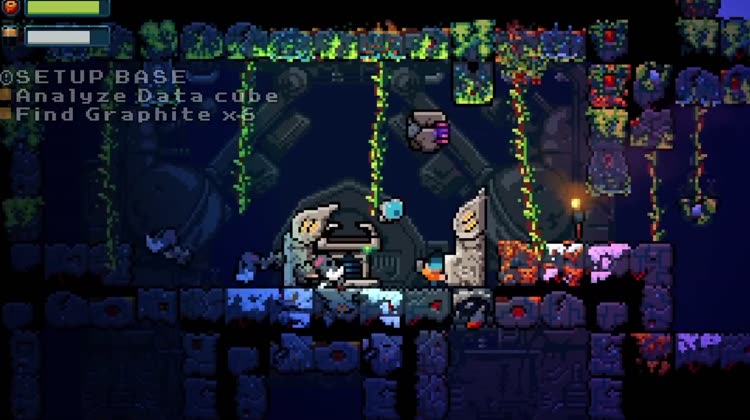 Solve the Secret of an Alien Civilization

A different type of survival platformer, you’ll play as an explorer who crashes on a planet with an alien secret. The non-violent survival experience features detailed pixel art and 2D platforming fun. You can also solve light puzzles to reveal the secrets of the civilization. 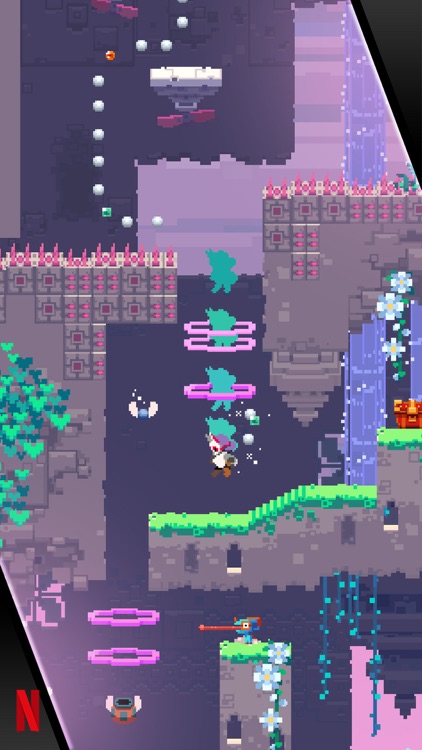 Taking inspiration Japanese folklore and is made as a modern take on retro arcade titles, you’ll notice that the game isn’t your usual platformer. Levels are designed from top to bottom. That matches the usual orientation of a iPhone or iPad and showcases more of the environment. And there’s one other huge catch. The game has no jump button. That’s right, it’s a platformer with no jumping. Swipe left and right to move the protagonist Luna was she plunges deeper into the changing and treacherous environment. 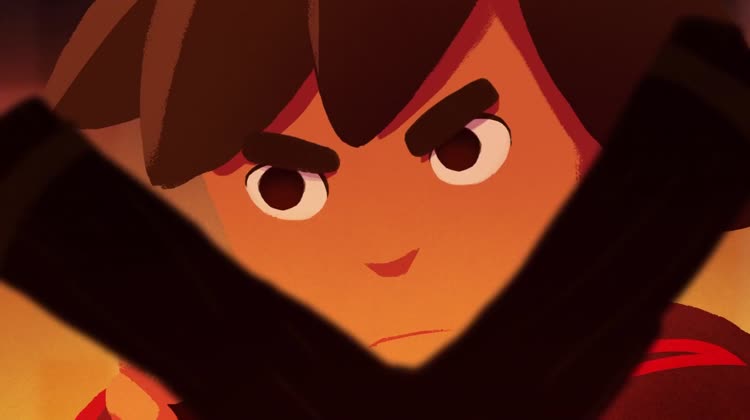 The non-violent stealth game focuses on the six-year-old title character who must always sneak past the dangers in his world. Using shadows is the core gameplay element of the game. You’ll also use an arsenal of toys to bypass and distract enemies. Along with inspiring other children towards the path to freedom, the storyline focuses on the brave son searching for his mother. 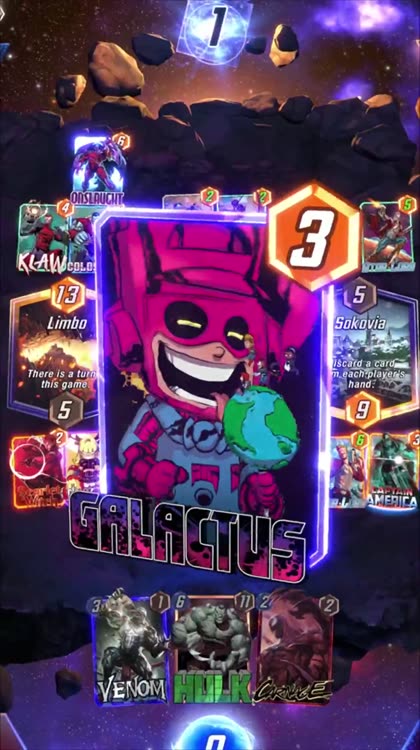 The collectible card game features short and quick battles. Each game last around three minutes with a focus on the fun. Playing is easy and should be familiar to even the most novice card battle player. You’ll start with three cards from your deck and then draw a card at the start of each turn. There are six turn total to win each battle. The games features three random locations from more than 80 across the Marvel universe. All of the locations have different effects that will require a good dose of strategy to win game.

In the extreme downhill free riding game, you’ll explore procedurally generated worlds. So each time you play, you will take on different jumps, slopes, and more. Gamers will also enjoy freestyle bike controls where you can control every movements of the rider with an in-depth physics systems made for both scrubs and whips. 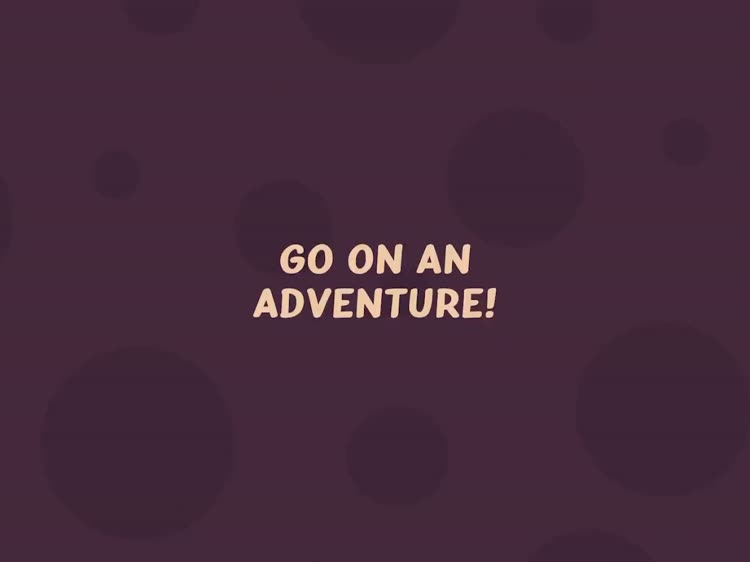 Time to Repay the Tax Man

The humorous adventure Turnip Commits Tax Evasion focuses on the vegetable who is also a complete menace to society. After failing to pay taxes, he’s kicked out of his home.

Pay Attention to the Little Things

From Joel McDonald, the developer of the App Store classic Prune, his new game asks you to slow down and pay attention the what is left behind. You’ll explore the woman’s life from birth to present day as she attempts to make sense of her life. 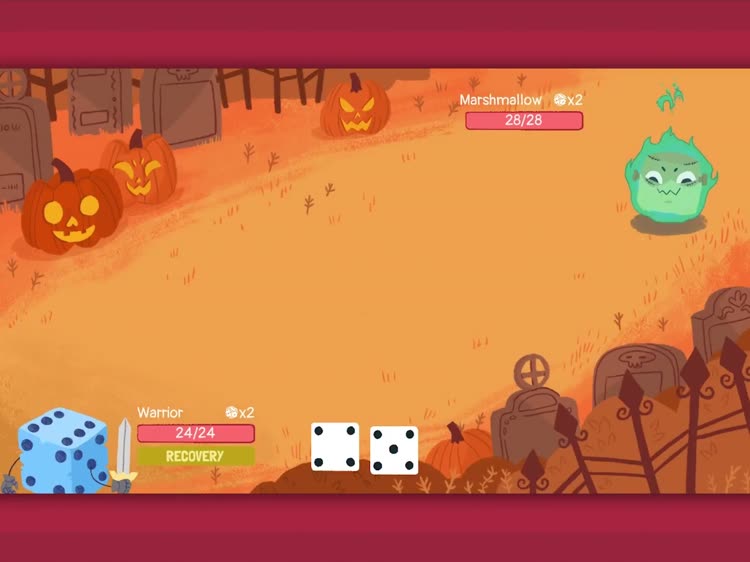 The fast-paced deckbuilding rougelike is from Terry Cavanagh, the developer behind other great games like Super Hexagon and VVVVVV, along with Marlowe Dobbe. While playing, you will fight monsters, find even better loot, and level up tour heroes as you work to take down the Goddess of Fortune—Lady Luck herself. 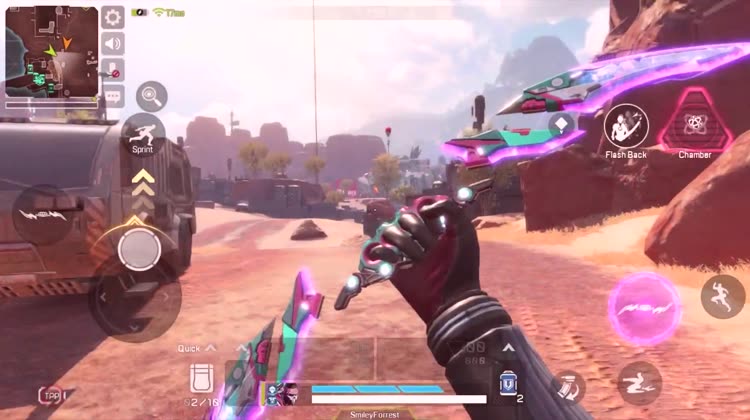 A New Kind of Battle Royale

The battle royale game is set within the popular Apex Legends universe. With character-based gameplay, the fast-paced combat offers squad battles and much more. You can choose from a number of iconic Legends or exclusive characters to the mobile game. As you might expect, the game will require strategy and tactics to come out on top. Legends will continually be introduced in the game to test your skills. 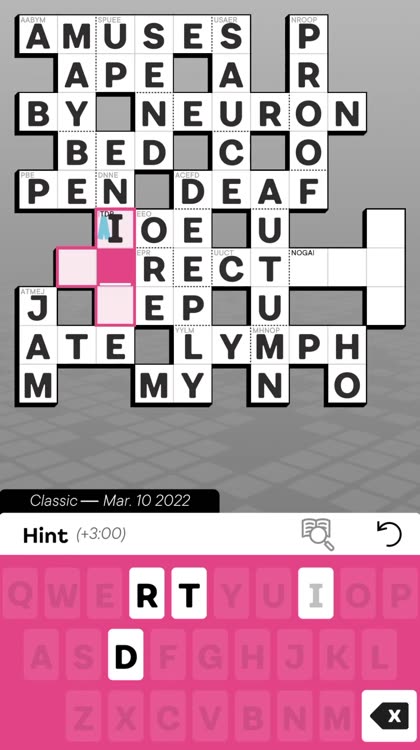 A Different Kind of Crossword Puzzle

Taking a big dose of inspiration from crossword puzzles, the rules are simple. You’ll need to arrange the letters in each section so every word is valid across and down. It may sound difficult, but it’s something you’ll be able to pick up over time. To help you get started, there is a well-designed tutorial level.

From the National Film Board of Canada, the new game is a generative art game that showcases our cause-and-effect journey with the natural world. 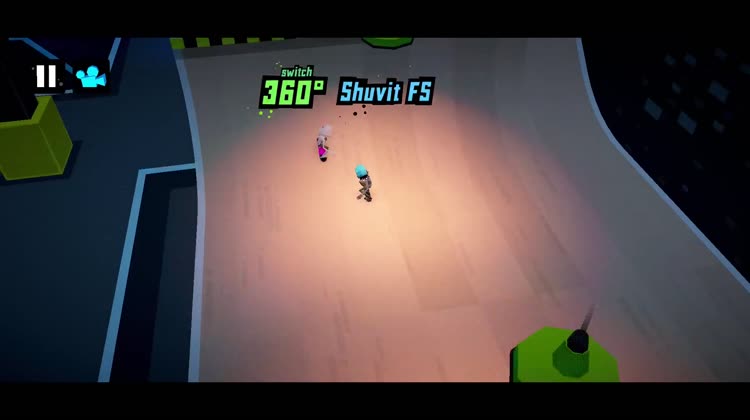 A arcade-style skating game, Pocket Skate features 10 skaters to unlock and tons of grins, grabs, flips, and other tricks to unlock. 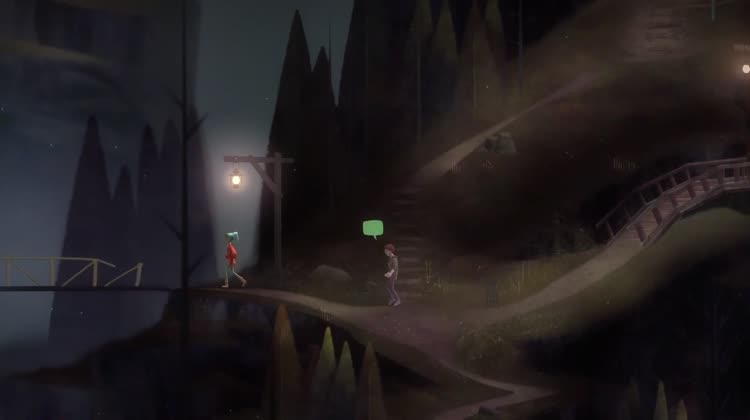 Not Your Usual Party

Just for Netflix members, Oxenfree: Netflix Edition focuses on a fun night of partying that takes a unique supernatural turn. In the choice-based thriller, you’ll explore the haunted island and find out what’s lurking. 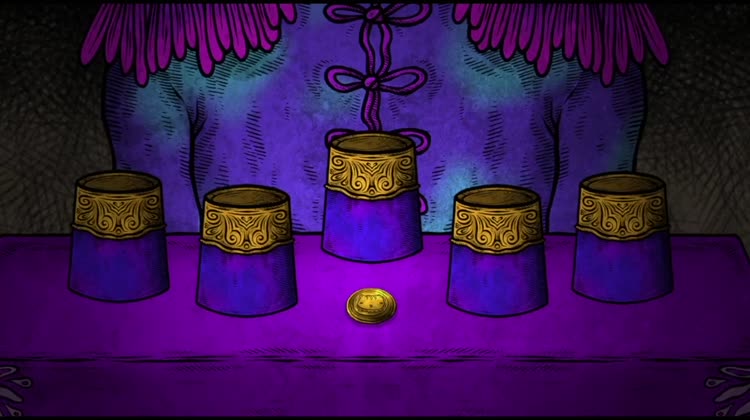 Cat Museum is a 2D side scrolling puzzle-adventure set in the bizarre and surreal world of a feline museum. You’ll solve strange puzzles with your own cat friend and unveil the truth of why the museum came to be. 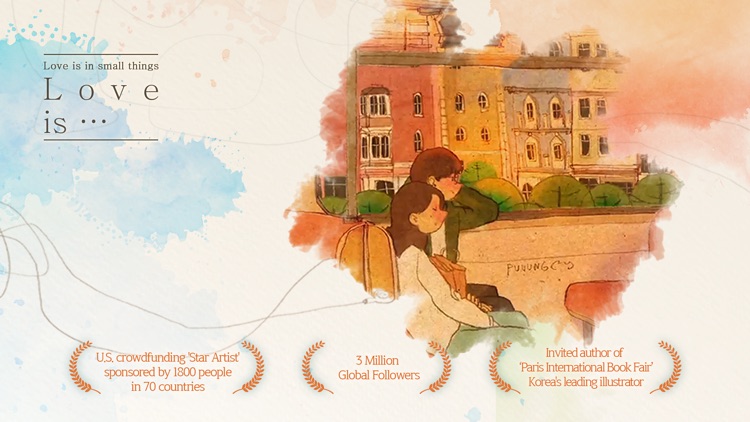 A Love Story Brought to Life

The game features 30 chapter with more than 300 levels total. In each one, you’ll find different objects. Each one will begin bringing color to the scene. 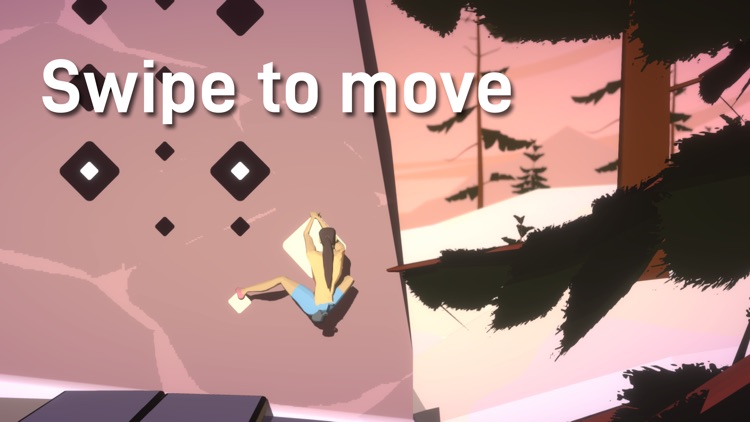 In Crux: The Great Outdoors, you’ll experience the fun of rock climbing on your iOS device. Find the sequence of moves that will help you traverse the mountain and reach the top. 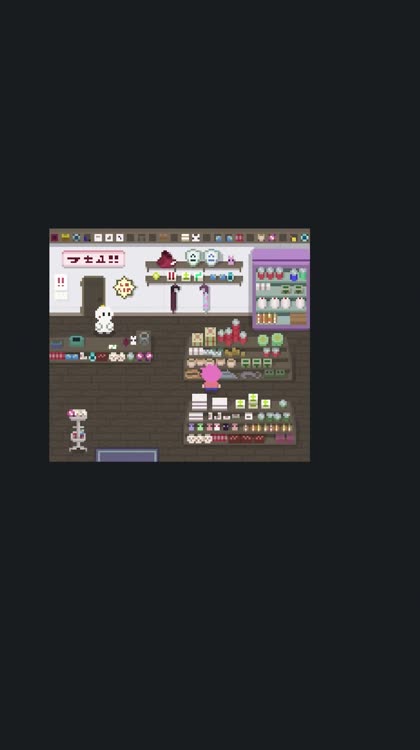 Go on a retro adventure with Afterplace. The game feature an open world with secrets, treasures creatures, and much more. Designed specifically for mobile, the game is playable in portrait orientation. There’s no need to worry about virtual buttons. Attack and move by touching anywhere on the screen. 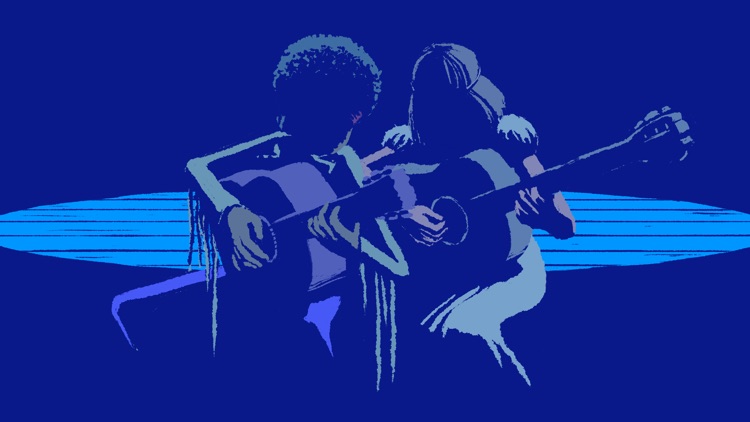 Set in the 1970s, the game explores the memories of a young man trying to come to terms with his past. Players will need to press buttons in time with the music. And the entire story is without words as you’ll discover Gabriel’s story with music and beautiful visuals. 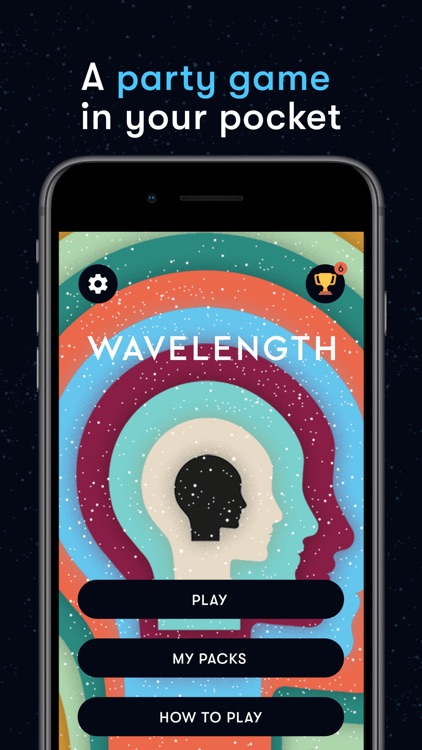 Made for 2-10+ players, it can be played remotely or in person. It’s also cross-platform for mobile devices. To play, you’ll work with others players to answer to a question like “Is Darth Vader a wizard?” Everyone will try to turn the dial as closer to the center of a colored target as possible. But the target is hidden and in a random location.

No chemistry knowledge is required to play the great game with a minimalist art style. You’ll need to make use of logic to solve more than 100 levels of molecule-making Mindbenders

Head to the Cosmos

In the game, only a single star remains in the universe as a massive vortex swallows up everything remaining. You’ll play as the Mourning Star to send everything on it was and mourn the loss. There are specific action you’ll need to take for everything including asteroids and much more.

You’ll help a curious an adventure cat—Milo. The kitty has a problem: he needs to find his way home after an encounter with the magpies. He’ll need to sneak through the gardens of his neighbors and solve puzzles. Each one is a point-and-click or hidden object puzzle.

In the game, you’ll be following a pair of dogs on their journey around the world. Gamers will need to connect and severe railroads across a wide variety of different landscapes to help everyone reach home.

The titular character is armed with only his culinary skills and ingenuity as he embarks on a journey. Spanning more than 60 levels in three mysterious worlds, Chefy can pick up unique cooking tools that will unlock fun superpowers like climbing walls with a sharp knife or teleportation with a frying pan.

Focusing on a girl with a skateboard and a world all to herself, it features single-button gameplay. You’ll press to launch yourself into the air and hold it to float in the air.

As you might have guessed by the named, HOOK 2 is the sequel to the original that landed in 2015. The premise is simple. You’ll need to remove all the hooks from the board by using different game mechanics you find along the way.

The Official Board Game Adaptation

Get ready for a fun fantastical city building game requiring both worker placement and strategic card play while trying to create a new civilization.

The new branching game continues the adventure of hapless astronaut Taylor. In the fourth title in the series, the astronaut is stuck on the other side of a black home who is relying on your to help make life-or-death decisions. But playing isn’t as easy as it seems thanks to a big test. You can also communicate with T2, Taylor’s time-warped, alien-infected, evil twin. Talking with T2 can help or hurt Taylor.

$3.99 More info
Nothing found :(
Try something else