Activate special attacks. Each fighter ship you can acquire has a unique ultimate attack that can deal devastating damage to foes. Use it to your advantage to get out of sticky situations! 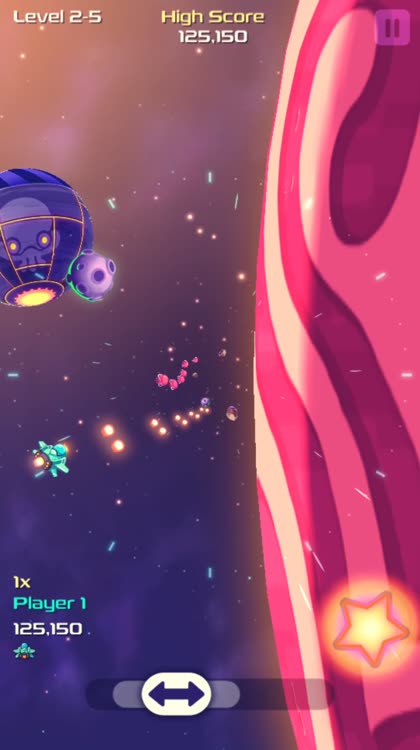 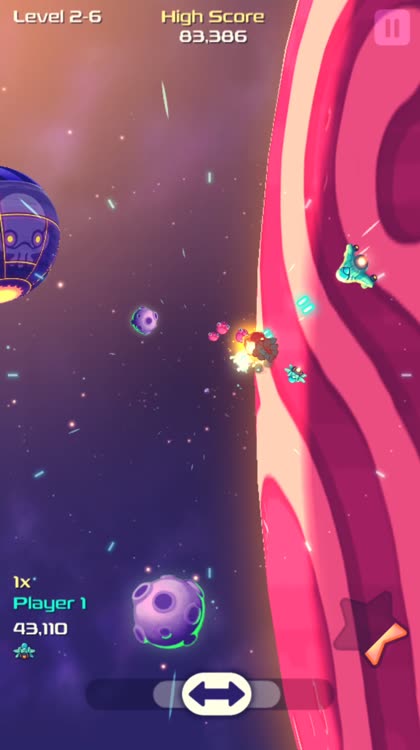 Different ships. You can choose between three fighter ships to use. Each one has a different primary weapon and ultimate attack. Use the one you like best and eliminate your foes!

Challenging boss battles. Space Cycler has five worlds that are broken up into several waves of enemies that you must clear. There are also challenging boss fights that put your skills and reflexes to the test. Are you up to the challenge? 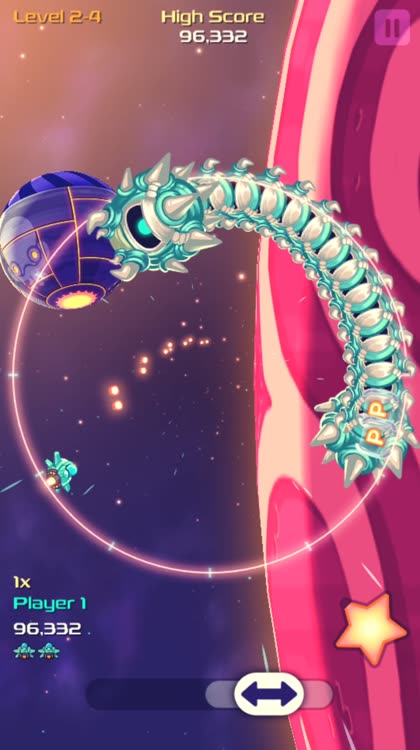 Visually, Space Cycler has a lot going on for it. The game is rendered in 3D with a quirky and cute cartoonish art style that makes me think of Saturday morning cartoons when I was younger. The space backdrops are what you'd expect from this kind of game, and the textures are nice. Enemies and bosses are pretty detailed and all of them have their own unique appearances and behavior patterns, while your ships have distinctive aesthetics based on the primary weapon type. There's a lot of fun and exciting explosions to witness, and it's easy to spot the incoming enemy bullets and attacks, which tells you when you need to move to dodge them. 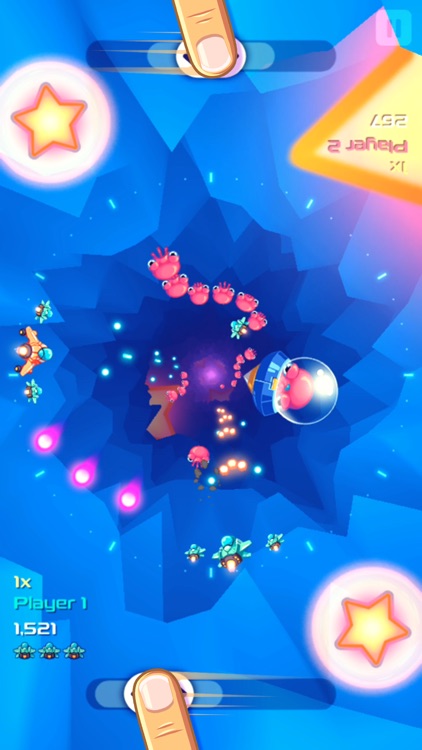 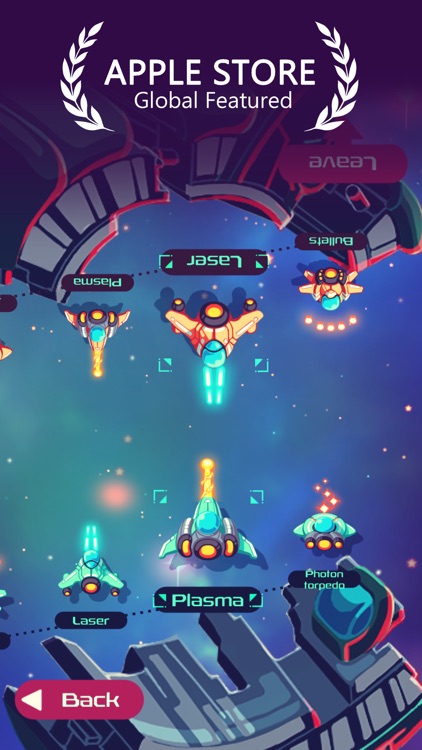 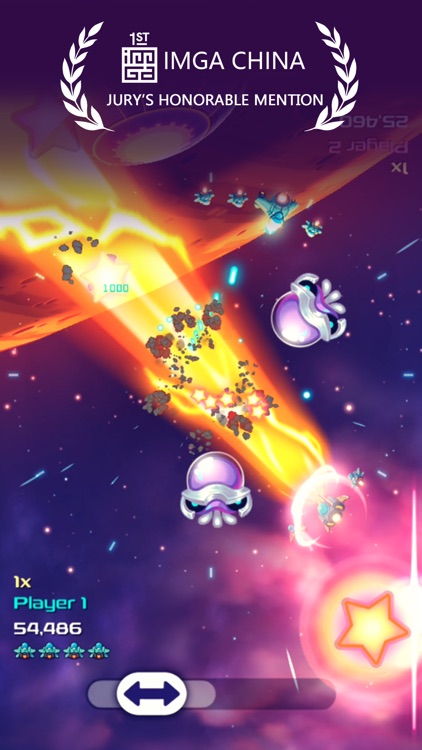 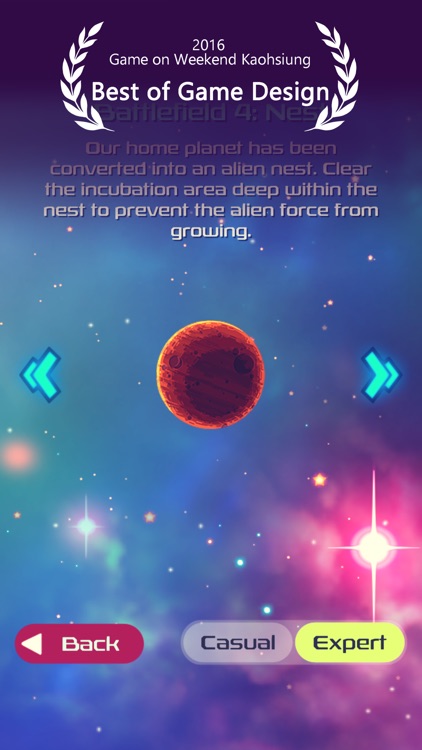 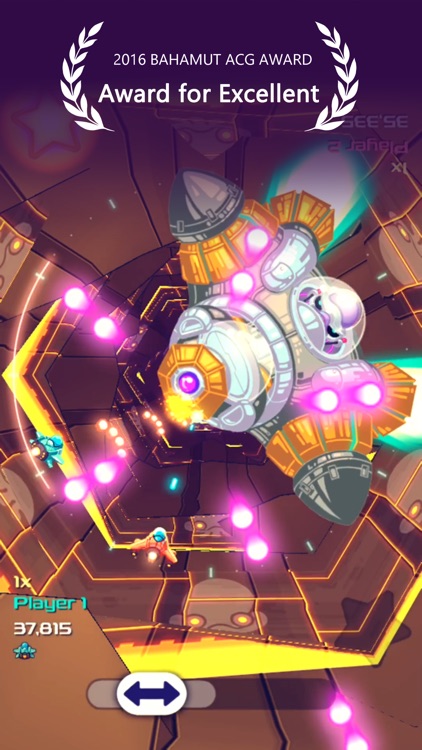 "Space Cycler is highly entertaining with fun graphics and challenging on-rails tunnel shooting gameplay, and there is an awesome local co-op mode." - AppAdvice

A super fun space shooter with circular rail-shooter gameplay. You can play alone in single-player mode or play with your friends on the same device in co-op mode.

Aliens have conquered our planet. Only the bravest pilot can fly deep into enemy territory to attack. Fight side-by-side with your friends, piloting your space fighter to eliminate alien invaders!

◆ Co-op for double the fun!
Play with your friends on the same device in co-op mode. The players each control a fighter and must coordinate to defeat the enemy.

◆ Save your teammate!
In co-op mode you can save a teammate who is on the verge of death and bring him or her back to the battlefield. However, your fighters might collide, so be careful!

◆ Play single-handedly!
The game is designed to be played with one hand. Just move the horizontal slide bar left and right, sit back, and enjoy.

◆ 5 main levels and 10 boss fights!
The game has 5 main levels that include enemies and bosses with various attacks, making this more than just another shoot 'em up game.

◆ Global and friend leaderboard!
Space Cycler supports the iOS Game Center leaderboard and achievement system. Log in to your account and compete with your friends and players around the world to see who is better. 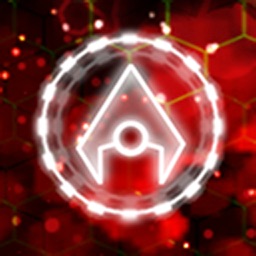 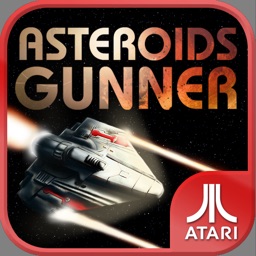 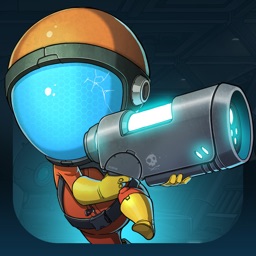 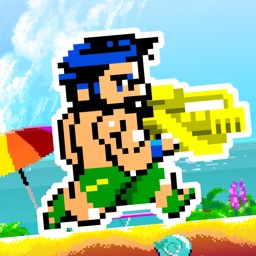 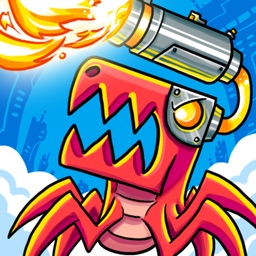 Retro Dreamer
Nothing found :(
Try something else