★★★ The FIRST and ONLY app that lets you post 10000+ quotes from 2000+ celebrities and upload celebrity pictures to your Facebook !!! Show off to your friends NOW! ★★★ 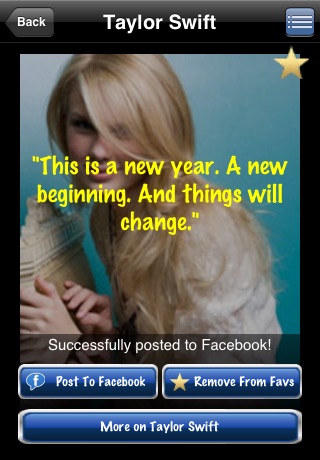 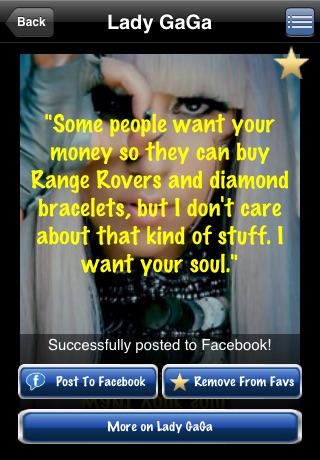 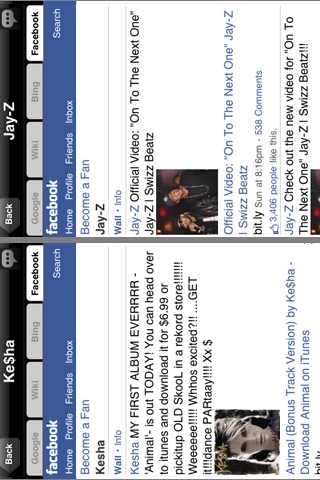 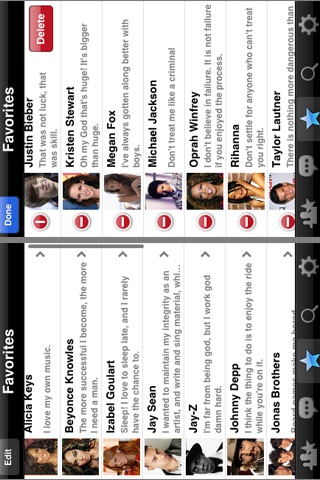 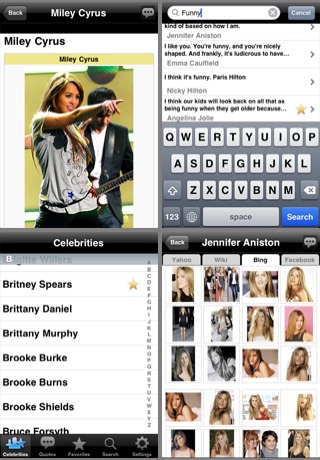 ★★★ The FIRST and ONLY app that lets you post 10000+ quotes from 2000+ celebrities and upload celebrity pictures to your Facebook !!! Show off to your friends NOW! ★★★

FEATURES:
- NEW: Upload the celebrity picture along with their quotes to Facebook! It's AWESOME feature!!

- Quotes from celebrities of all types and ranging across any topic

- Facebook pages of your favorite celebrities and get real-time updates, feeds and events!

- Become a fan on your favorite celebrities' facebook pages. Be the first to know what's going on!

- List by celebrity name, by quote, or simply search across our thousands of quotes to find exactly what you want!

- Watch videos and news about your favorite celebrities


With Amazing Celebrity Quotes you can find quotes, pictures, Facebook fan pages, and more from thousands of celebrities of all categories. Celebrities range from pop icons like Taylor Swift, Lady Gaga, Ke$ha, Owl City, and Britney Spears to sports heroes like Tiger Woods, Michael Jordan, and Lebron James to the most famous celebs in the world such as Michael Jackson and Oprah Winfrey. Some of the many amazing quotes include:

"I'm intimidated by the fear of being average." – Taylor Swift
"A girl phoned me the other day and said… Come on over, there's nobody home. I went over. Nobody was home." – Rodney Dangerfield
"Real integrity is doing the right thing, knowing that nobody's going to know whether you did it or not." – Oprah Winfrey
"There is nothing more dangerous than a 14-year-old Twilight fan. They scream a lot!" – Taylor Lautner
"People say that you're going the wrong way when it's simply a way of your own." – Angelina Jolie

We also have quotes, pictures, and Facebook fan page links of many sexy movie stars like Angelina Jolie, Jennifer Aniston, and Cameron Diaz, as well as actors from popular movies such as Twilight, including Kristen Stewart, Taylor Lautner, and Robert Pattinson. Oh, and don't forget comedians like Jerry Seinfeld and Rodney Dangerfield just to name a few.. their quotes are a riot!

Developed and designed by Zealogic Inc. Our passion is to create apps that make life simpler for you. 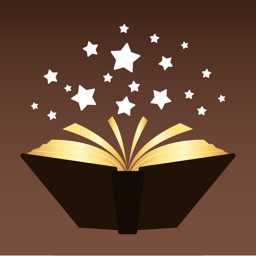 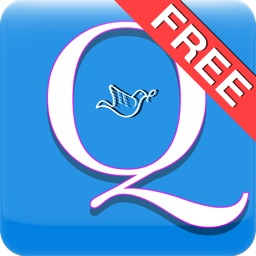 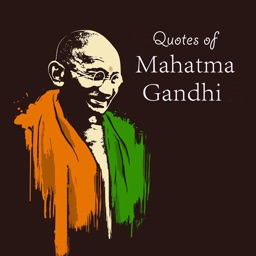 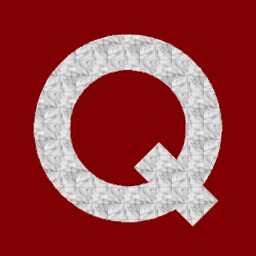 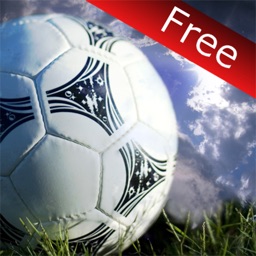 LimeTime
Nothing found :(
Try something else