PLAY PICK'EM EVERY WEEK AGAINST YOUR FRIENDS 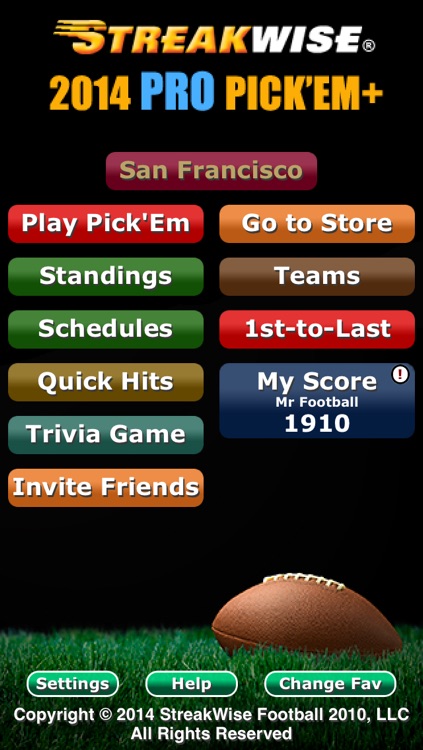 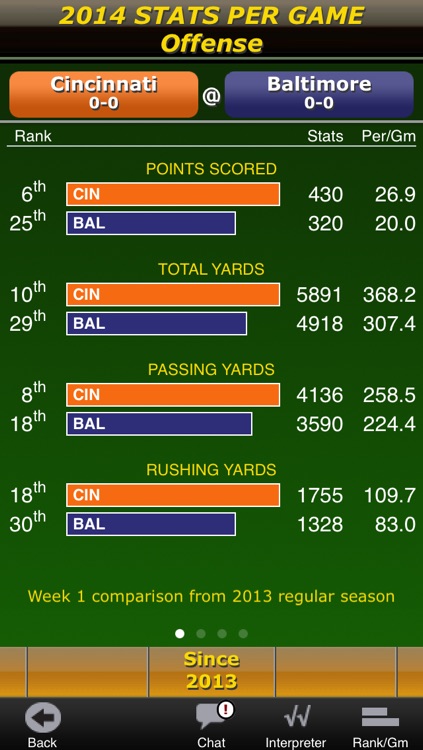 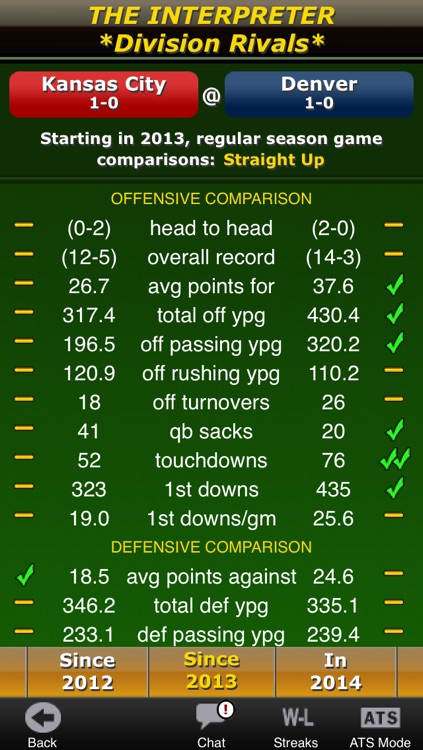 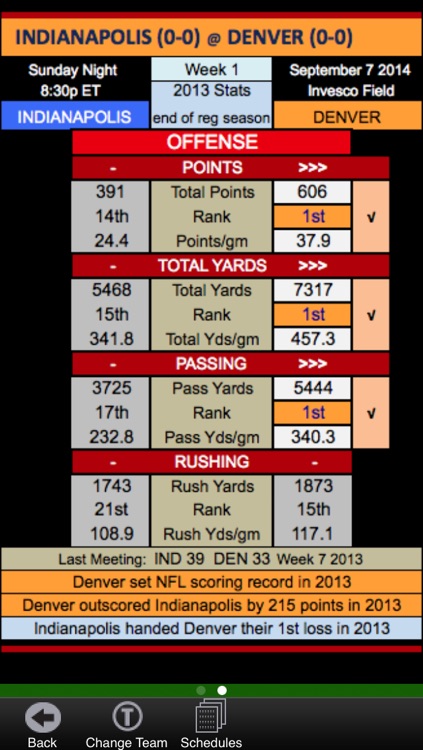 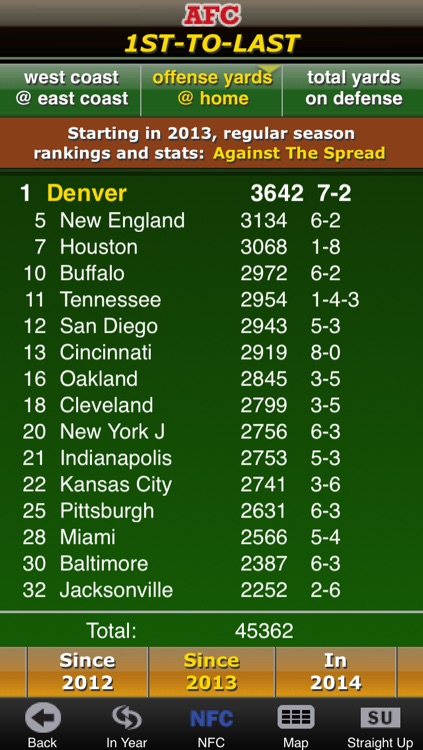 PLAY PICK'EM EVERY WEEK AGAINST YOUR FRIENDS
UNLOCK MORE STATS WITH YOUR WINNINGS!

Compete against Friends playing Pick'Em leading your team to the championship -- game by game -- week by week.

GAMES START EVERY WEEK of the season both Straight Up and Against The Spread.

Earn StreakWise points and coins playing Pick'Em and the Trivia Game
then buy team analysis data with your winnings...
and get smarter about YOUR TEAM and the rest of the league!

Millions of people pick pro football games every week without the knowledge, insight, data and analytics necessary to be successful… until now!

That's why this is MUCH MUCH MORE than just the standard pick'em game.

Get ready to REALLY know football!

StreakWise analyzes thirteen years of data for every team in the league both Straight Up and Against The Spread.

√ Improved Chat with your leaderboard buddies

√ More data in 150+ categories of analysis each week

√ 13 years of Standings, including division and conference

√ 13 years of Schedules for every team, including playoffs

√ Over 150 statistical categories update each game, every week, all season.

Here are some examples.
- From the obvious:
• overall records
• conference, non-conference, and division records
• on grass and artificial turf
• indoors and outside
• @ home and away

√ Check out the leaderboard to see who you’re beating… and who’s beating you!

√ My Score tracks your progress, including records, trivia game results and points

√ Advance in level and rank

Plus 2014 Pro Pick’Em + delivers even more. In addition to Pick’Em and all the analytical ‘Packages’ of trends, streaks and data, you get in-depth:

** SCHEDULES: update weekly in five different formats - By Team, Weekly, Thursday Night, Sunday Night and Monday Night. Team schedules include records and results for every year since 2002, both Straight Up and Against The Spread

** STANDINGS: shows overall records, conference and divisional records, home and away records, last-5 games records, streaks, and points for and points against for every year since 2002. Also included is a Ratios-Standings screen combining turnover ratios, qb sack ratios, touchdown ratios and 1st down ratios with conference standings

What are you waiting for - it's time to get in the game.

StreakWise is a MUST-HAVE for EVERY football fan! 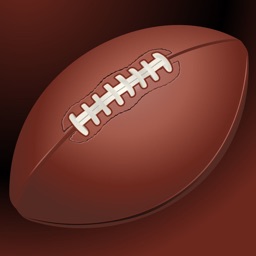 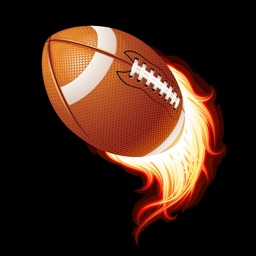 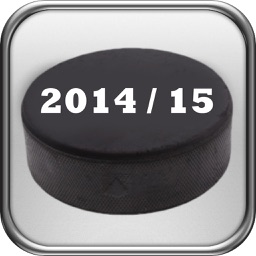 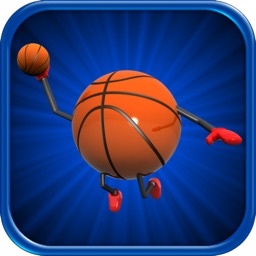 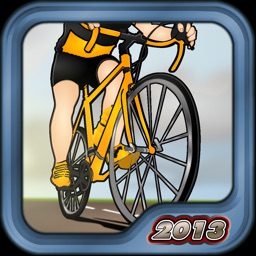 Tangram3D
Nothing found :(
Try something else