Snap together your own classic rpg within minutes! Put together your own enemies and NPC's using over 90 body parts and over 10,000,000 possible character combinations! Build your own customized weapons and weapon shops; draw your own overworld maps using tiles for grass, snow, sand, stone and lava; and interlink as many overworld maps as you want for almost unlimited gameplay possibilities! 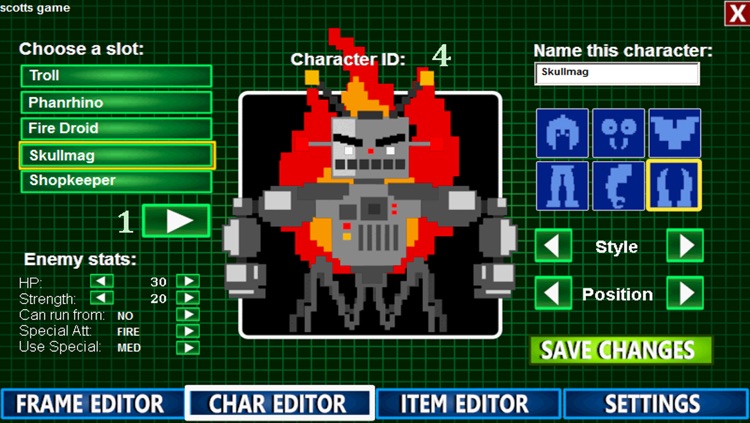 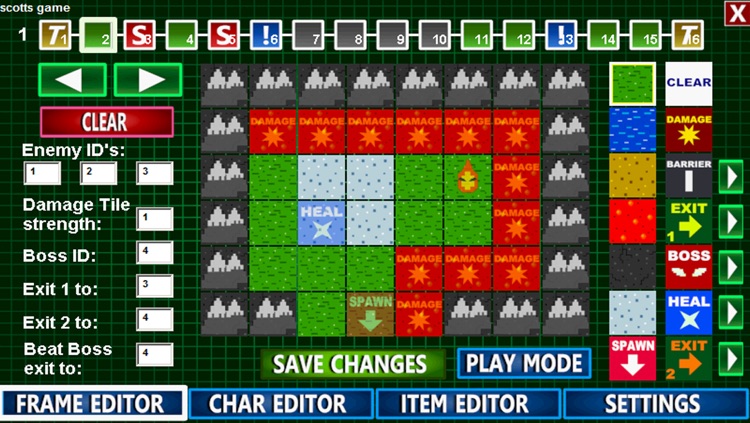 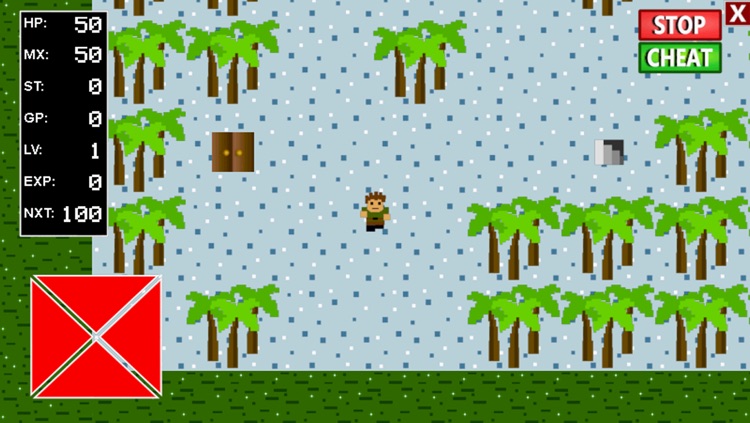 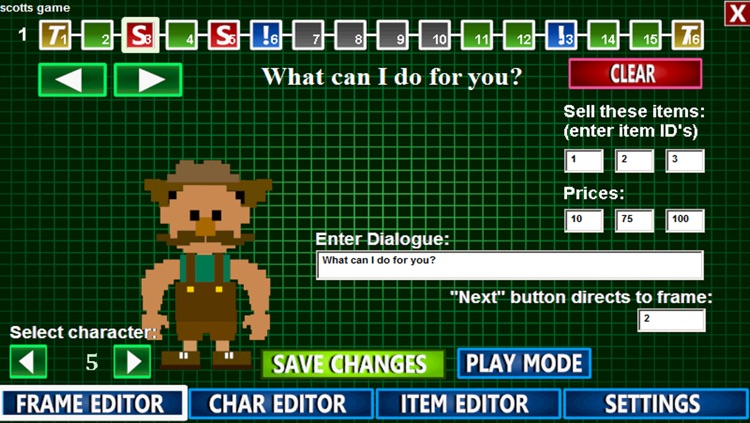 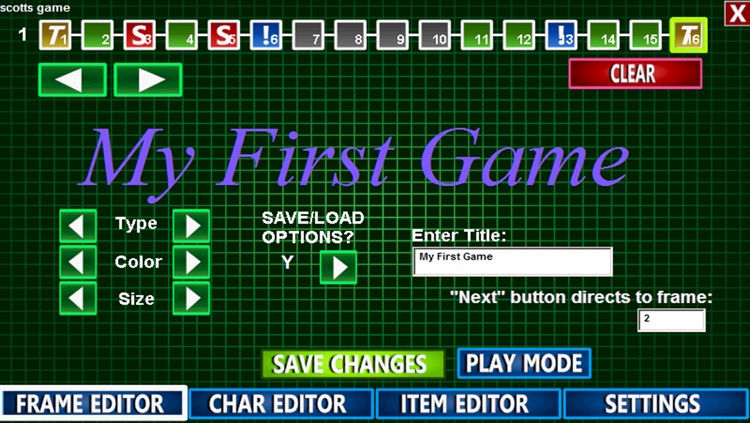 Snap together your own classic rpg within minutes! Put together your own enemies and NPC's using over 90 body parts and over 10,000,000 possible character combinations! Build your own customized weapons and weapon shops; draw your own overworld maps using tiles for grass, snow, sand, stone and lava; and interlink as many overworld maps as you want for almost unlimited gameplay possibilities!

(NOTE: This program is for entertainment purposes only and is not for professional game development.)

Highlights include:
-Make unlimited games!
-Switch between edit and play modes at the click of a button!
-Go back and tweak enemies and maps in seconds!
-50 character and weapon slots per game!
-Choose between 8 heroes!

Start by clicking an empty game slot that says "empty". You will then be prompted to name your game. Be sure to name your game using letters, numbers, and spaces only! Not giving your game a proper name will prevent it from saving properly!

The games you make will consist of frames; each frame can be one of four things, a title, an overworld, a shop, or a cinematic. The game will always start on frame 1, but from there, frames do not have to play in sequence. Each frame will have options to set where a player will go when leaving the frame. To create a new frame, click the "empty" grey frames along the top of the level editor screen. Then pick what type of frame you will create from the menu. Here are the types of frames:

Title- Use this at the beginning of your game (best at frame 1), or to divide your game into chapters. A title will consist of a simple text title at the center of the screen, and can contain save/load options if you prefer.

Overworld- This is the overworld map. You can have as many of these as you like and link them together through exits to make the world as large as you wish. Each overworld can have three total exits, two labeled as "exit 1" and "exit 2" which can lead to shops or other frames, and the third exit, which is where the player will go after defeating a boss. Set these options on the left hand side of the overworld menu so the game will know where these exits will lead. Here you can also enter enemy ID numbers so the game will know what enemies the player will encounter on this map, as well as the boss ID. Character ID's are displayed at the top of the character creation page.

Each overworld map has two layers. The first layer is it's base color, and can look like grass, snow, sand, etc. The player can walk on all of these freely. The second layer determines what is an obstacle, what causes damage, what heals, etc. Draw the base layer using the first row of tiles next to the map grid. Then use the second layer to set boss locations, exit locations, healing tiles, etc. Boss locations, obstacles, healing tiles and exits can look like different things. Click the green arrows next to these tiles to change their appearance on the map.

Shop- This frame consists of a shopkeeper, which you will pick from you list of created characters, as well as a selection of three weapons. Enter the text for the shopkeeper, as well as the item ID numbers and prices of the three weapons you wish you sell in this shop.

Cinematic- A cinematic consists of a character, which you will pick from your list of created characters, and some dialog. After the player reads it, they will click the "next" button to proceed to the next desired frame.

Be sure to buy the full version for more monsters, more weapons, more heroes, and more possibilities!!! 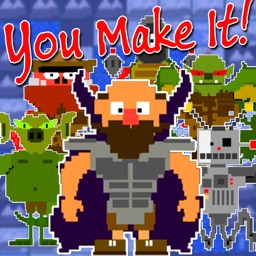 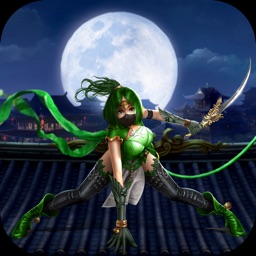 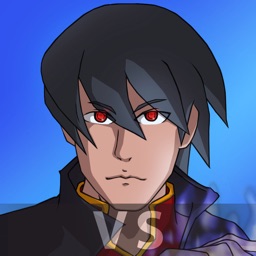 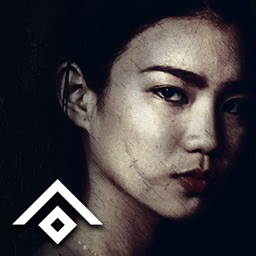