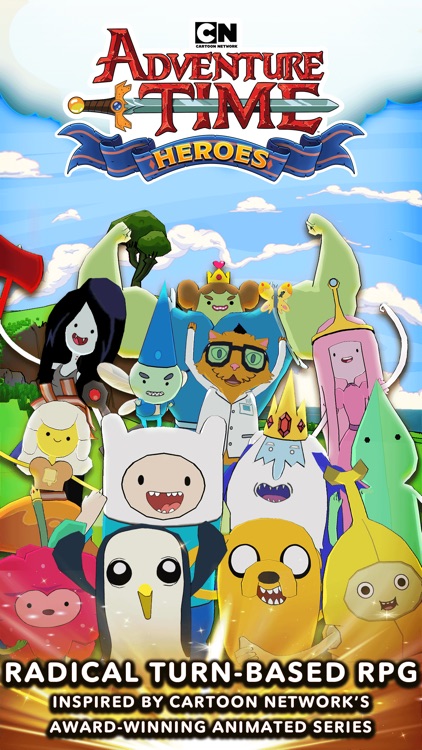 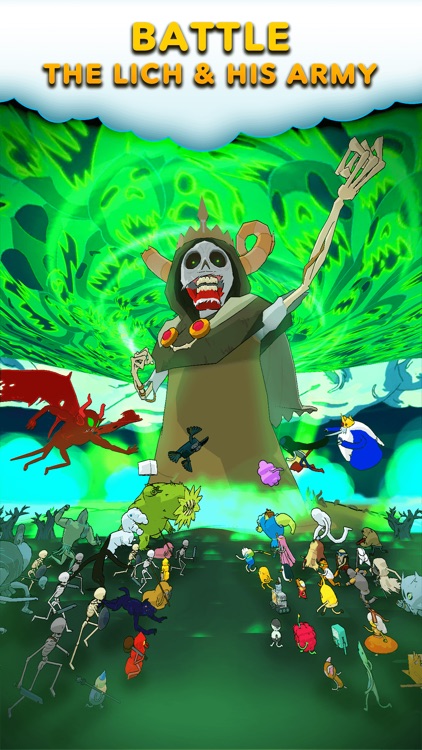 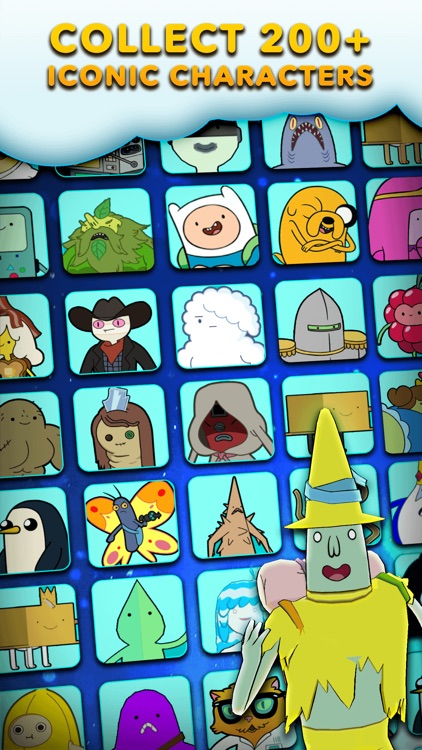 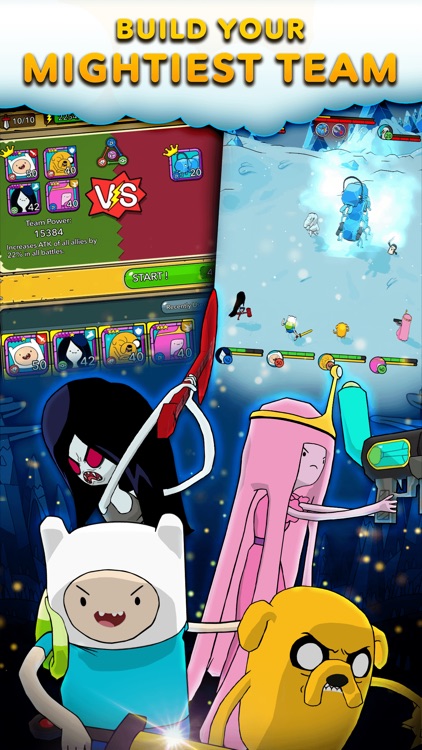 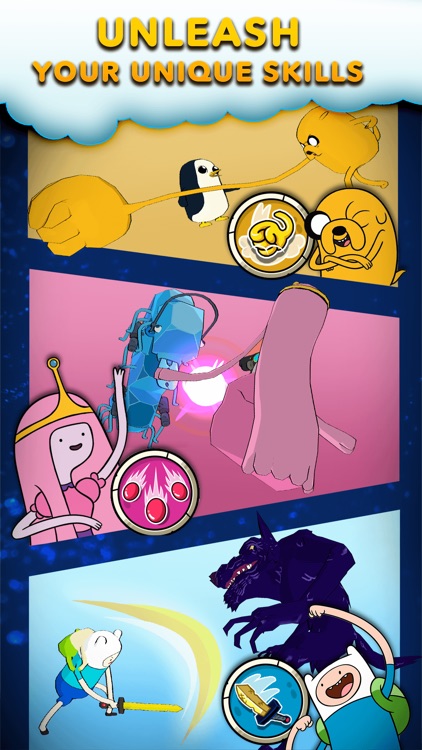 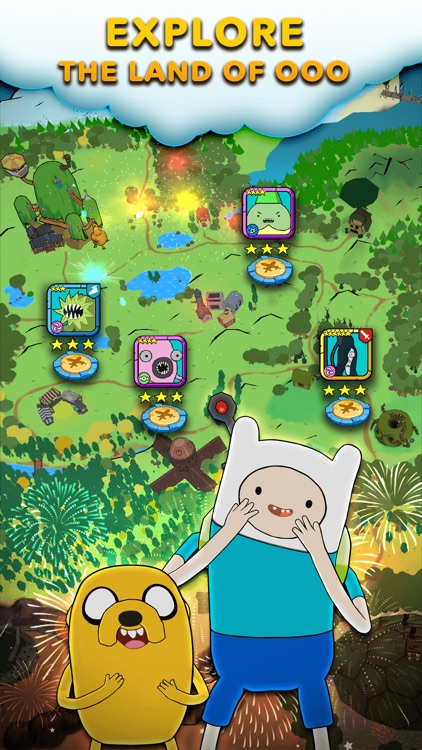 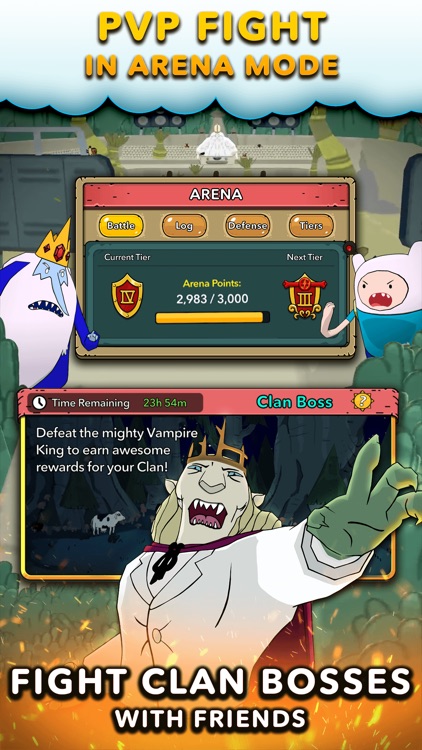 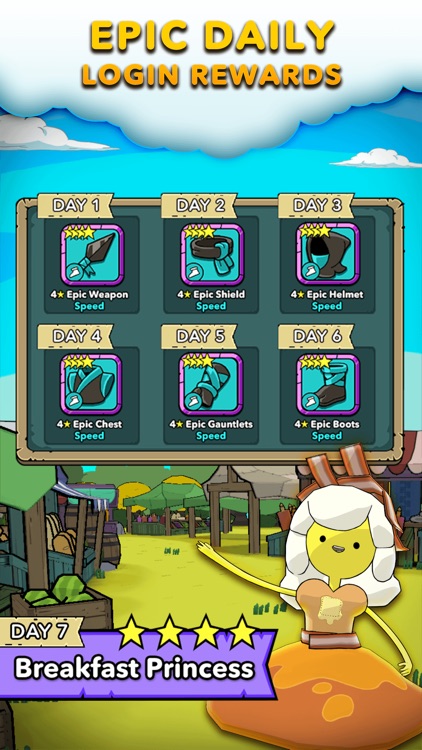 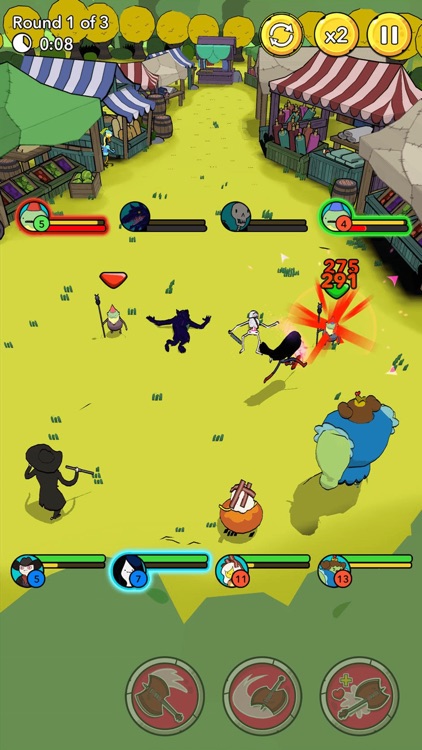 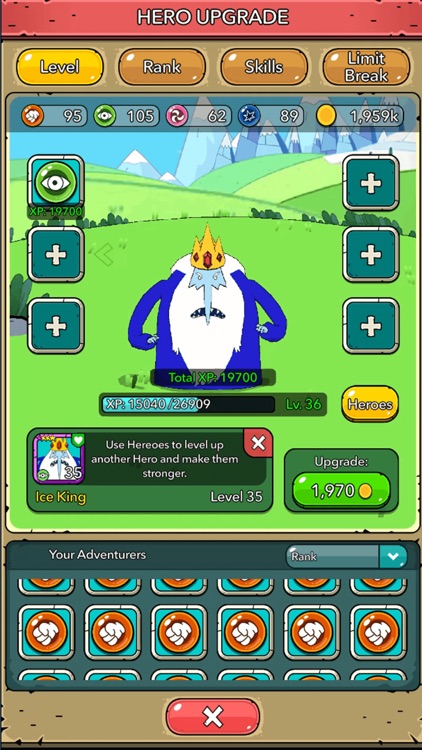 Join Finn and Jake on an epic adventure to save the Little People's Land of Ooo from the awakening forces of evil! The Lich has amassed a deadly army of loyal minions to destroy all forms of life, and it's up to YOU to build an army to stop them.

COLLECT ADVENTURE TIME CHARACTERS
Marvel at the most extensive line up of Adventure Time characters ever! Over 200 iconic characters to assemble your team of heroes and villains with diverse skills and aura.

POWER UP YOUR HEROES
Discover various Trinkets, Accessories, and materials to reinforce your army! Unlock Expertisms branches to boost each Hero's unique strengths.

SHOWCASE YOUR STRENGTH IN THE ARENA
Go head-to-head against elite players from around the world! Earn medals with every victory to upgrade your Royal Hall and unlock bonus stats for your army. The higher the tier ranking, the more rewards you'll win.

The fate of the Little People lies in your brave hands! Get Adventure Time Heroes today! 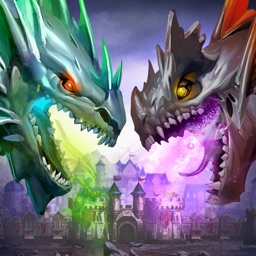 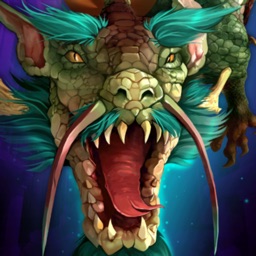 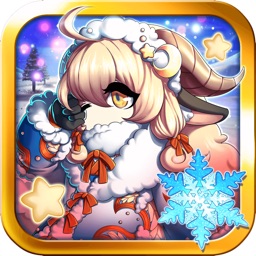 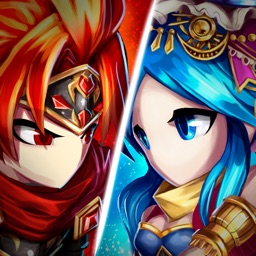 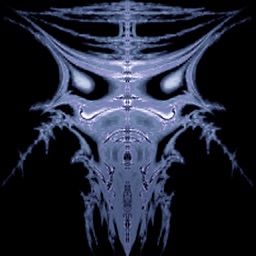