THE AIKIDO GUIDE is a powerful tool that fully utilizes app technology to give a unique learning experience. The Guide is built up in an eclectic way, inspired by different teachers and schools. Access to different levels of information will provide challenges and inspiration to beginners as well as teachers. The Aikido Guide contains: 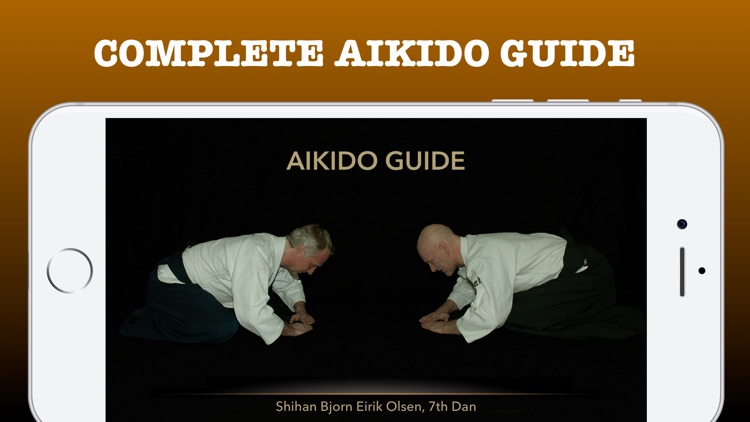 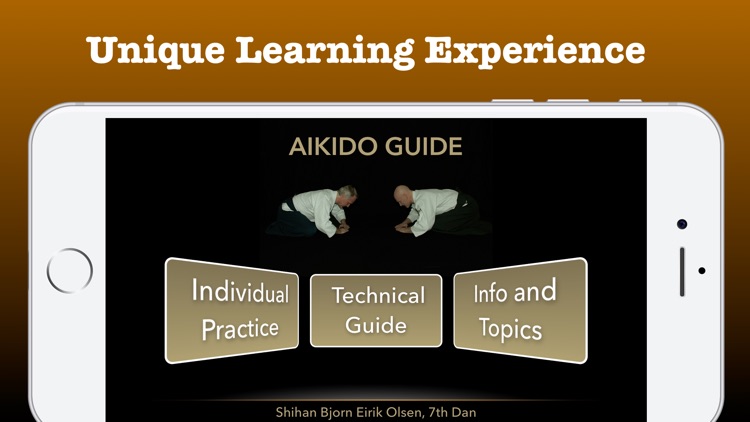 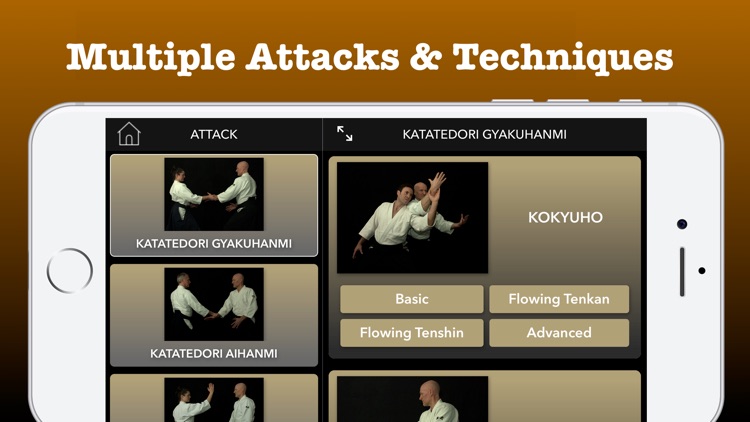 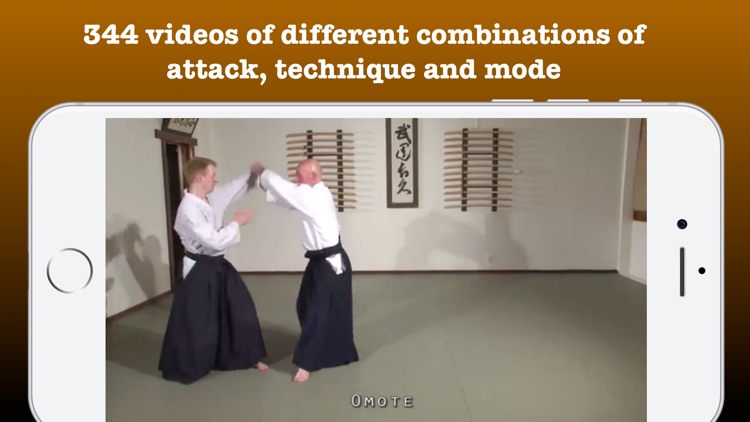 THE AIKIDO GUIDE is a powerful tool that fully utilizes app technology to give a unique learning experience. The Guide is built up in an eclectic way, inspired by different teachers and schools. Access to different levels of information will provide challenges and inspiration to beginners as well as teachers. The Aikido Guide contains:
• Techniques applied from 12 different attacks
• 19 in-depth explanations of core techniques
• 4 modes: Basic, advanced and two flowing modes
• 344 videos of different combinations of attack, technique and mode
• 568 different applications including Omote and Ura. Each application is shown from two or three angles
• 14 videos explaining important Taisabaki – Way of entering, linked to each attack-technique combination
• 18 videos with basic movements for individual practice
• 4 videos with explanation of important principles of Aikido, such as the Triangle, the Circle and the Square
• 3 video interviews

UPGRADING OF THE VIDEOS: In June 2014, 38 videos were retaken and published. Among these were the explanations of the four modes, as well as the in-depth explanation of Kotegaeshi and several of the flowing techniques from Yokomen uchi and Shomen uchi. In this way the Aikido Guide is improved without the need of making new versions of the application itself.

BJORN EIRIK OLSEN received his 6th Dan in 2004 and was promoted to Shihan by Aikikai Hombu Dojo in January 2012. He has been living in Japan for many years were he practiced intensively with teachers such as Morito Suganuma Sensei, Minoru Inaba Sensei and late Morihiro Saito Sensei – in addition to late Doshu Kishomaru Ueshiba, the present Doshu Moriteru Ueshiba and several of the old students of Morihei Ueshiba, the founder of Aikido. Presently he is the Chief instructor of the Norwegian Aikido Federation, and he has also been teaching in, among others, England, Greece and Vietnam.

For the best experience, this application requires WIFI.

IMPORTANT: Audio/Video descriptions are in English only.

REVIEWS: The Aikido Guide App has received very good reviews and scores from its users in 70 different countries, but they may not be visible on Apple Store in your country. Some examples:

"It's perfect for a beginner like me and i believe it will be very useful to the seasoned practitioners. It has clear explanation and clear illustration of each technique. Having it is just like having an Aikido instructor with you anytime you want. Thanks!"
By likuankoh from Singapore about AikidoGuide (version 1.3, Apple App Store) on Dec 30, 2012.

“Each technique from basic to advanced in 4 different steps of difficulty as a HQ-movie with comments and descriptions. I've never seen such a great guide before!"
By takethetick from Germany about AikidoGuide (version 1.2, Apple App Store) on Jul 20, 2012.

"Sensei in your pocket - I have tried other aikido apps and they don't come close to the quality, content, and presentation of this one. Arigato gozaimashita."
By Chris in Virginia from United States about AikidoGuide (version 1.2, Apple App Store) on Jun 15, 2012.

"This is the first useful aikido guide I've seen. It is comprehensive and clear. A great guide to all basic techniques with the advanced versions just a click away. I wish I had this tool when I took my kyu-grades."
By Feerth from Norway about AikidoGuide (version 1.0, Apple App Store) on May 11, 2012.


AIKIDO is a Japanese Martial Art that aims at solving situations in a harmonious way by understanding and expressing universal laws of body, mind and spirit. 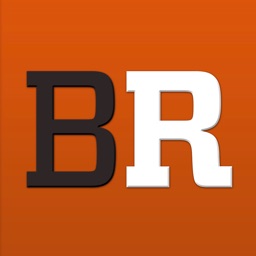 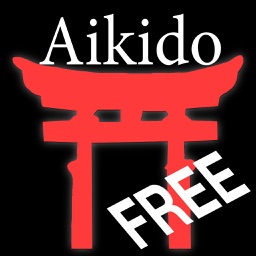 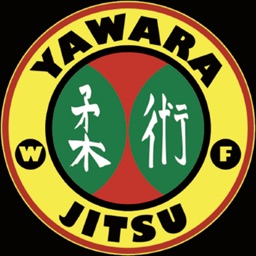 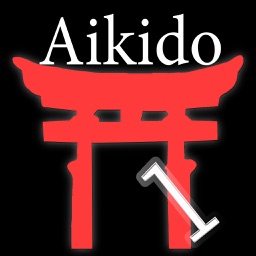 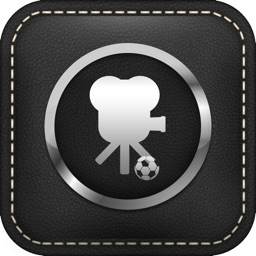 Dale SIDEBOTTOM
Nothing found :(
Try something else