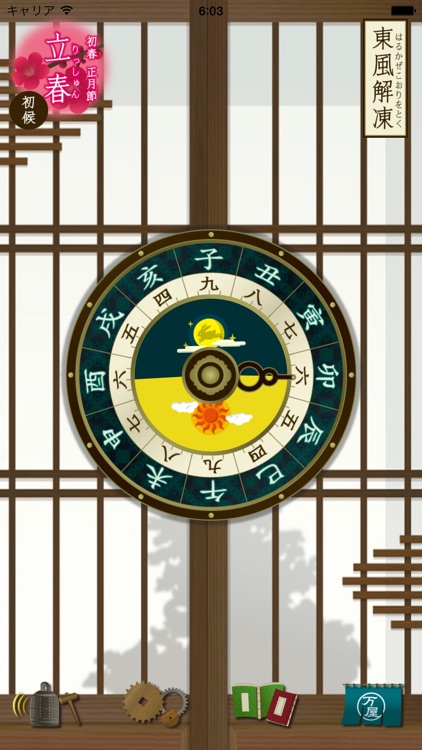 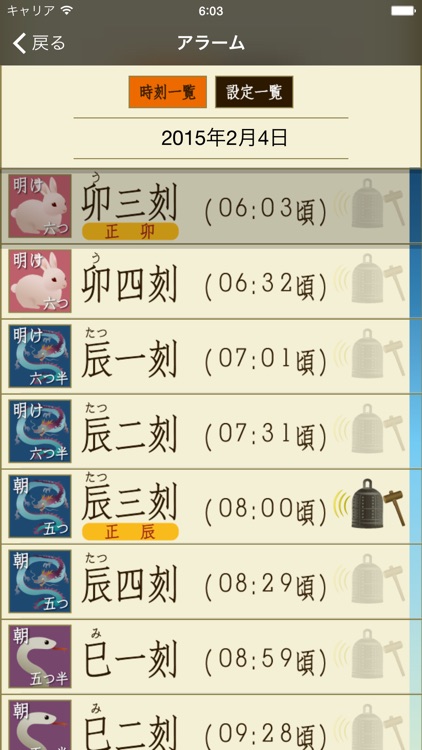 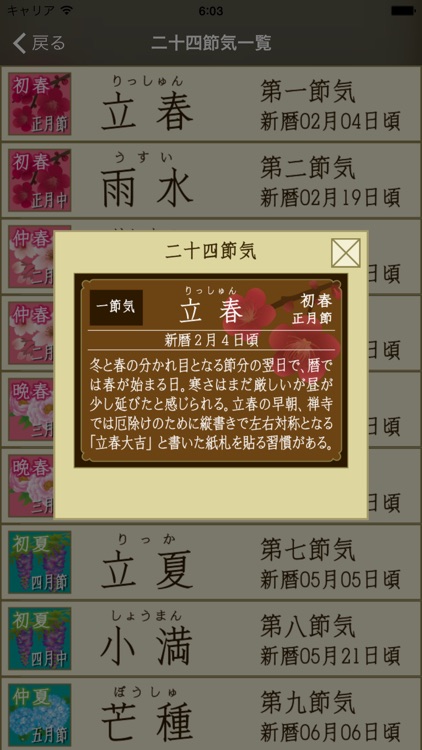 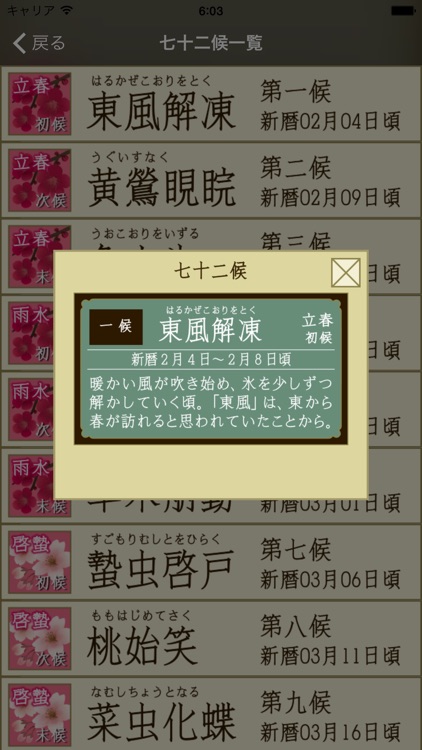 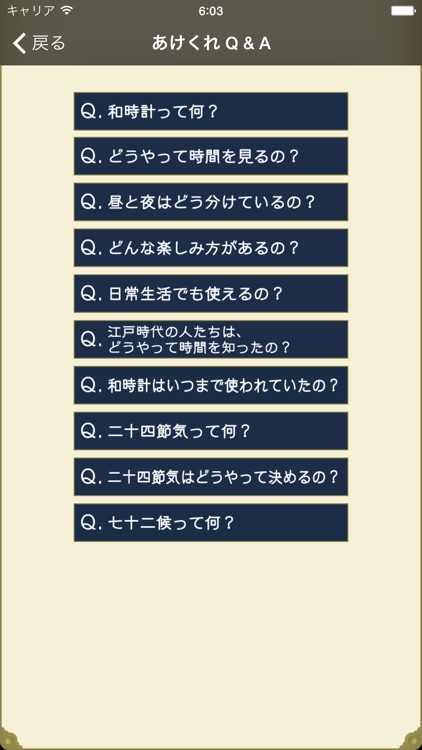 Japanese traditional timekeepers varied with the seasons. the daylight hours were longer in summer and shorter in winter, with the opposite at night. Ordinary clocks were, by contrast, set up to tell equal hours that did not vary with the seasons.

A Japanese traditional clock had six numbered hours from 9 to 4, which counted backwards from noon until midnight.
In addition to the numbered temporal hours, each hour was assigned a sign from the Japanese zodiac.
Starting at dawn, the six daytime hours were:

From dusk, the six nighttime hours were:


= Supported Solar term =
A solar term is any of 24 points in traditional Japanese calendars that matches a particular astronomical event or signifies some natural phenomenon. The points are spaced 15° apart along the ecliptic and are used by calendars to stay synchronized with the seasons, which is crucial for agrarian societies.

Exhibited by the Kanji characters for the solar term.

Each solar term is divided into three pentads, so there are 72 pentads in a year. There are mostly named after phenological phenomena corresponding to the pentad. 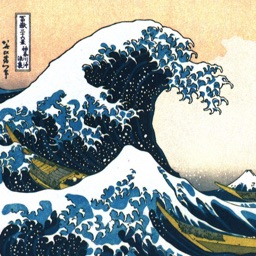 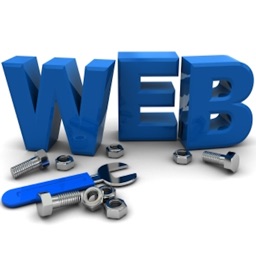 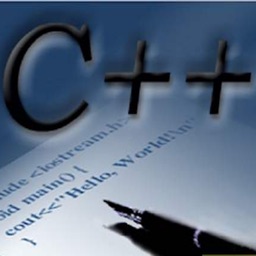 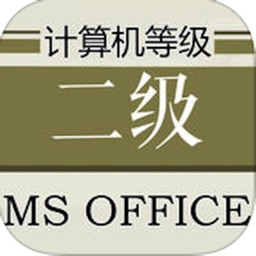 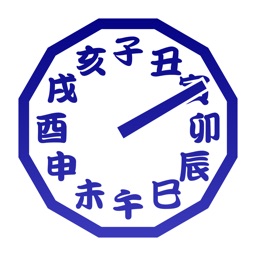 Takafumi AMANO
Nothing found :(
Try something else