This app contains three main sections, which can be accessed through the tabs on top. 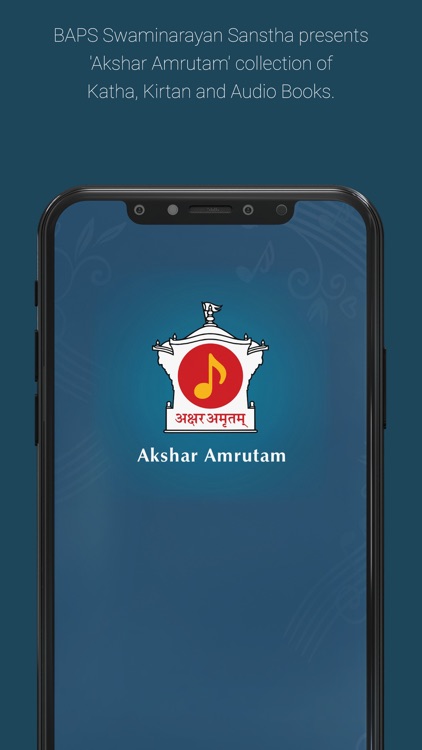 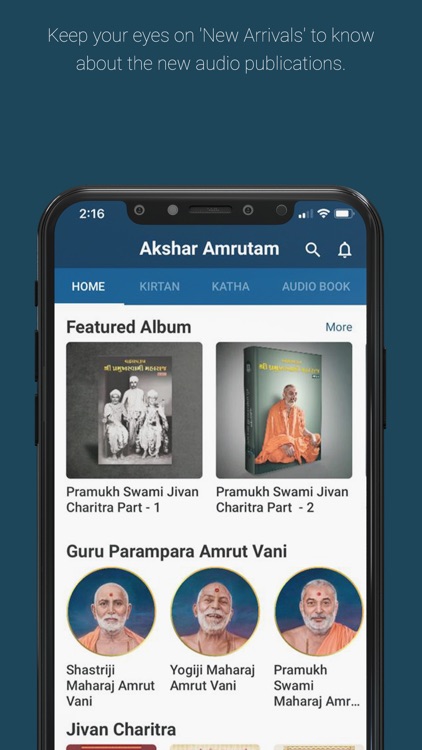 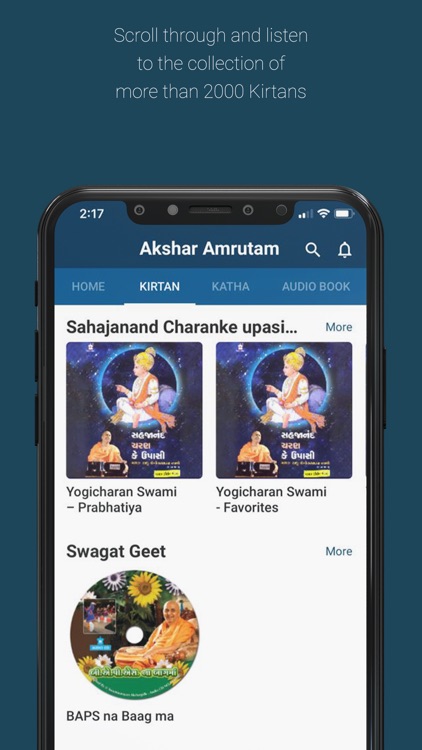 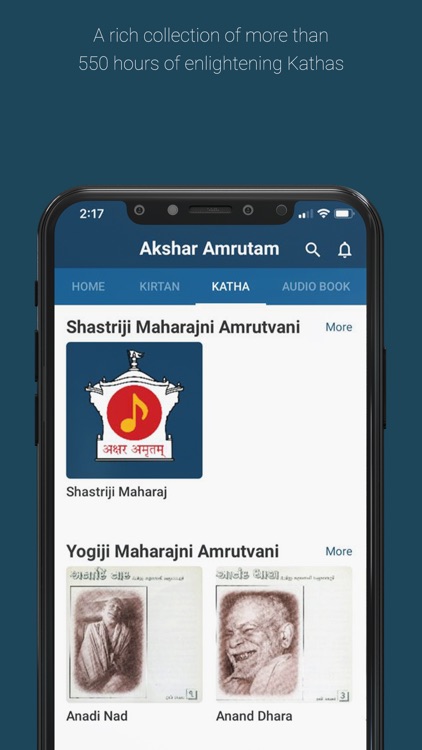 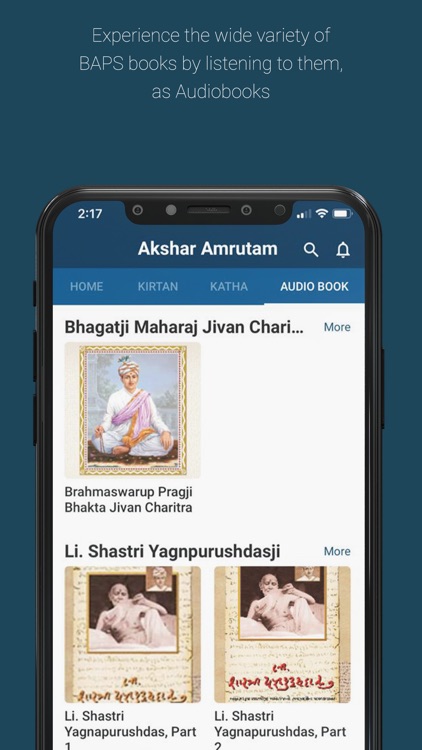 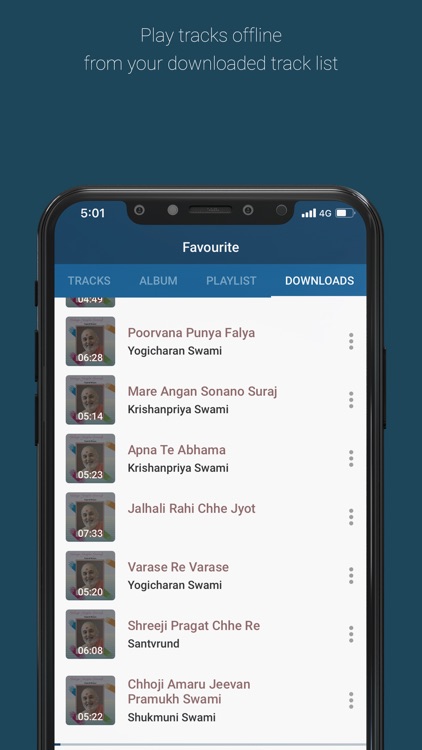 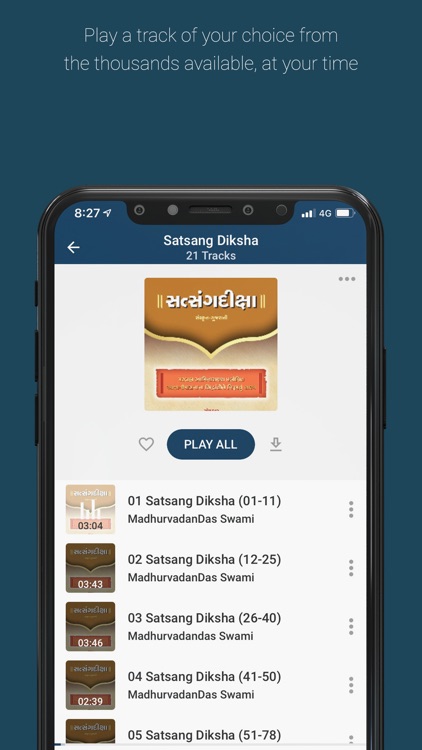 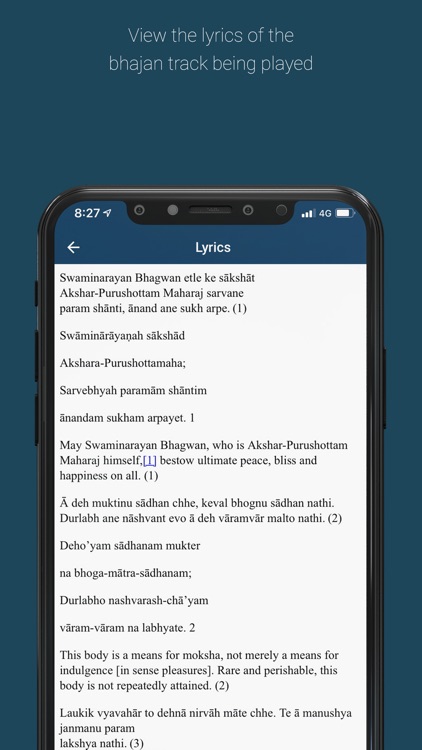 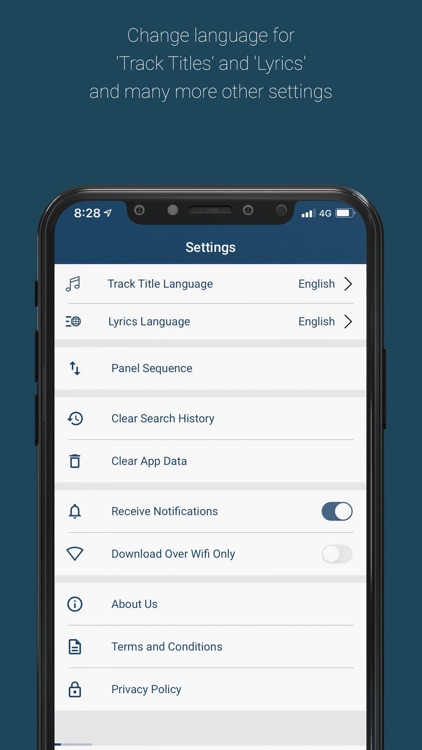 This app contains three main sections, which can be accessed through the tabs on top.
1. Home 2. Kirtan 3. Katha 4. Audio Books


Within each section, there are separate panels, such as:
Kirtan Section - Daily rituals, Prabhatiya, Aarti, kirtans on Murti, philosophical kirtans, kirtans for fasting, kirtans for children, and many others.

Some of the salient features of this app are:

- Search for a kirtan by its singer's name or album
- Sing along with the Gujarati lyrics of the kirtan, with English transliteration wherever available
- Create your own playlist of favorite tracks
- Share any album or track that you like, with anyone else using the app, and also with others through whatsapp, text messenger or email.
- Download your favorite tracks or albums and listen to them later without an internet connection
- Get notifications whenever a new album is uploaded on the app.
- Customize the home screen.
- Play position of the tracks are saved, so if you leave a track midway, it will replay from the point where you left.
- Place your favorite album on your home screen for easy access.
- Titles are shown in Gujarati as well as in English. 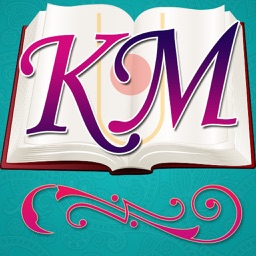 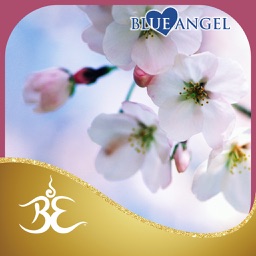 Healing Music for the Soul 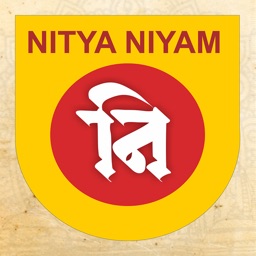 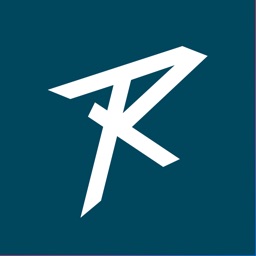 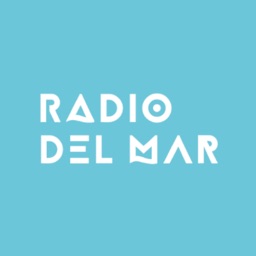 Energy Schweiz
Nothing found :(
Try something else