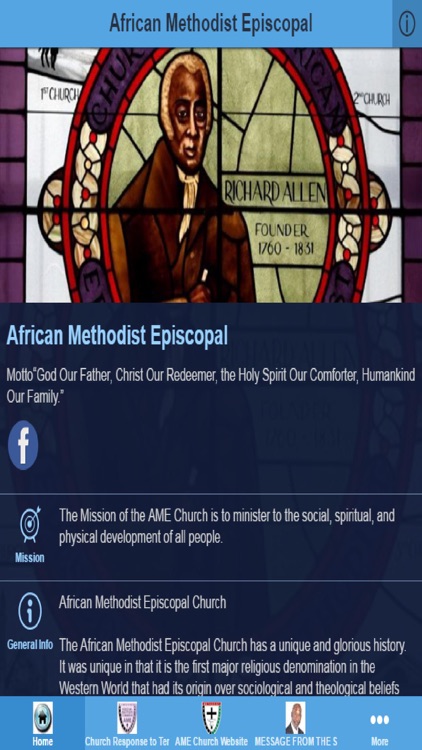 The church's roots are of the family of Methodist churches. Methodism provides an orderly system of rules and regulations and places emphasis on a plain and simple gospel.

Episcopal refers to the form of government under which the church operates. The chief executive and administrative officers of the African Methodist Episcopal denomination are the Bishops of the church.

The African Methodist Episcopal Church known as the AME church has 20 districts which are through out the U.S. Africa, South America, England, West Indies, and Canada. Each district with a Bishop. There are three women Bishops in the AME Church starting with: Bishop Vashti Murphy McKenzie in 2000, Bishop Carolyn Tyler Guidry in 2004, and Bishop Sarah Frances Davis in 2004, and three African Bishops: David Rwhynica Daniels, Jr 2004, Bishop Wilfred Jacobs Messiah 2004, and Bishop Paul J.M. Kawimbe 2004. This is our church founded by Richard Allen a slave who bought his freedom. 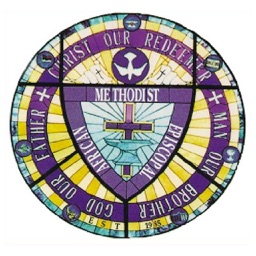 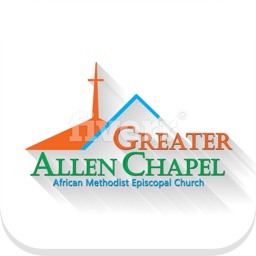 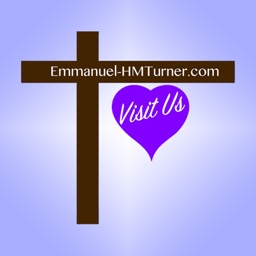 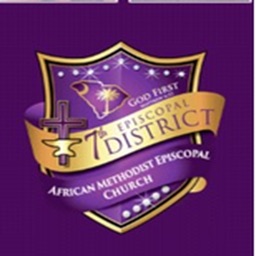 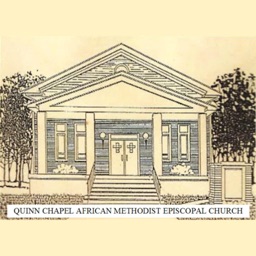 eChurch Apps
Nothing found :(
Try something else