Among the Stars is a digital version of the highly acclaimed board game & a 2015 Origins Awards Best Card Game Nominee. 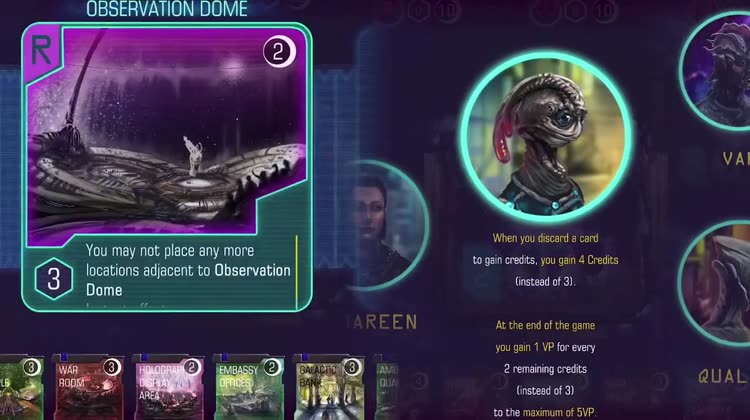 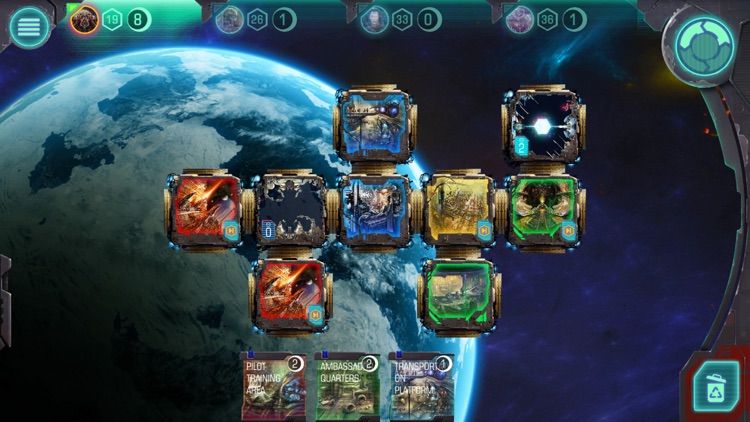 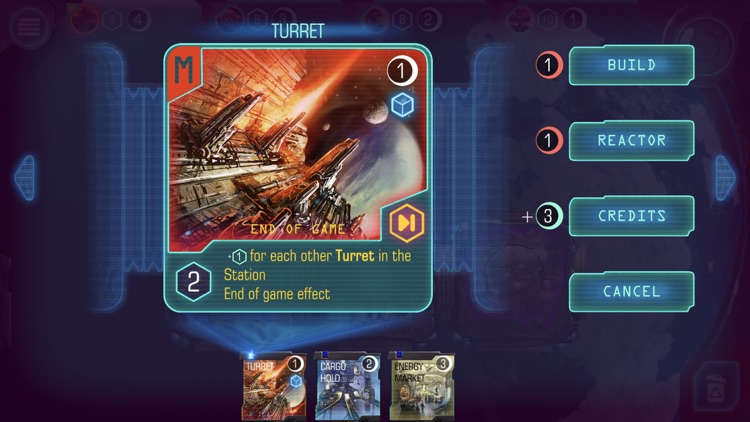 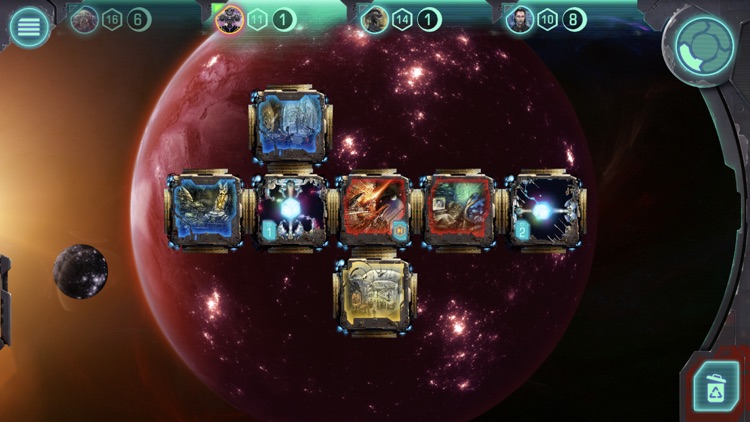 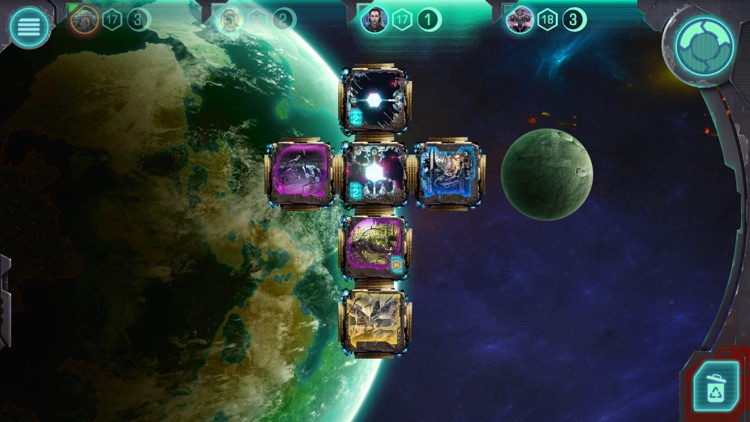 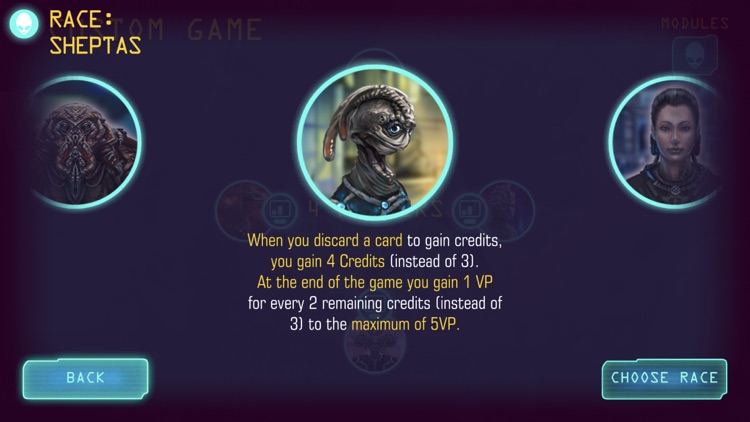 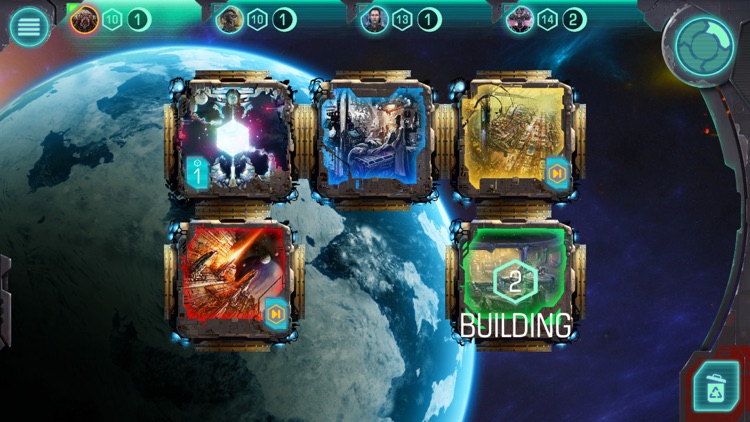 Among the Stars is a digital version of the highly acclaimed board game & a 2015 Origins Awards Best Card Game Nominee.

Imagine a distant future. A once peaceful galaxy has been torn apart by war. Alien races fight for power and dominance. And then a new threat appears on the horizon, with the potential to wipe them all out. In the face of this new enemy, all races must make peace and unite to survive. You represent one of those races. Your goal is to help build space stations throughout the galaxy, to promote trade among the races, strengthen diplomatic relations and help defeat the new threat you all face. However, your most important task is to make your space station the greatest of them all. Among The Stars will allow you to select locations through card drafting, and use them to build your station, scoring victory points based on their placement. Construction lasts four years, and the alien race with the most points at the end wins.

Manage the power reactors across your space station. It is crucial to plan ahead and build enough power reactors to sustain the expanding base. Power reactors have a short range so you need to cleverly plan the layout of your base to maximize power usage.

There are five different location types. Balancing the station is key to victory. By careful planning and taking advantage of card abilities you can create amazing combinations that will bring you ahead of your opponents. Over 120 card locations guarantee high replayability and a lot of strategic depth.

Each race has a unique skill that can be used to snatch victory from your opponents. Using race skills forces you to change the style of your play and adds another layer of complexity to your decision-making process.

Objectives are another way to gain an advantage over your opponents. You can play it safe and ignore them, or you can risk it and try to claim the objective for additional reward.

Enjoy a single player challenge-based campaign. All campaign missions alter the rules of the base game in a unique way. Every mission requires a different strategy to bring you victory.

AMONG THE STARS MAIN FEATURES:
A digital version of the highly acclaimed board game
A unique single player campaign
Card drafting mechanics combined with physical card layout with 120 cards
8 different races, each with their own skill
A cross-platform asynchronous online multiplayer and local multiplayer for 3 to 4 players
Challenging AI opponents
8 miscellaneous objectives helping you to get an advantage over your opponents
Leaderboards, in game manual and tutorial for newcomers

Similar Apps to Among the Stars 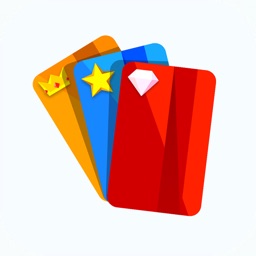 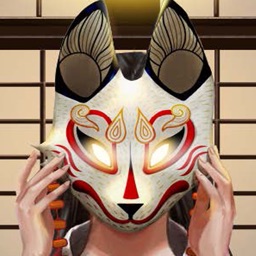 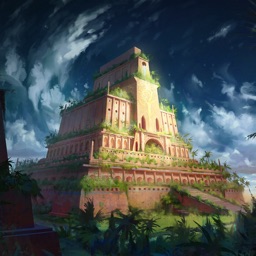 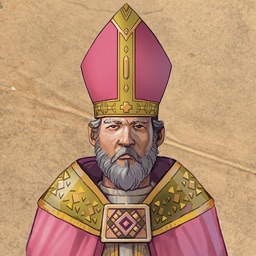 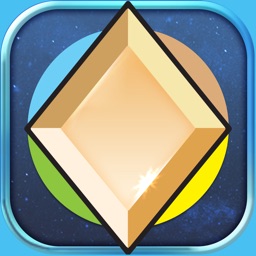 Race for the Galaxy

Temple Gates Games LLC
Nothing found :(
Try something else