Welcome to the narrated driving tour of the Battle of Antietam, the single bloodiest day of the Civil War. 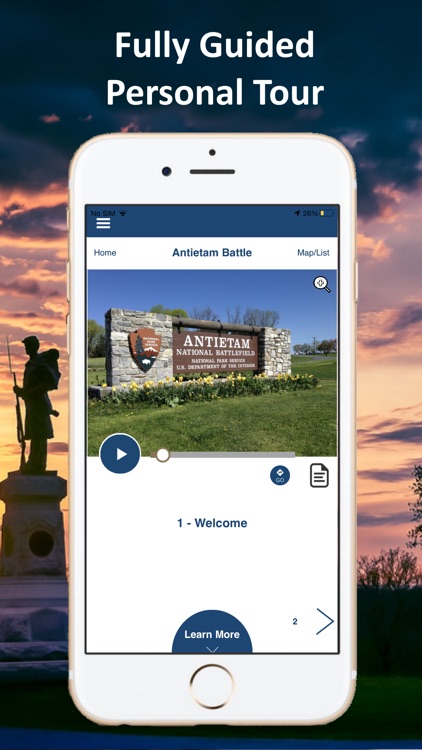 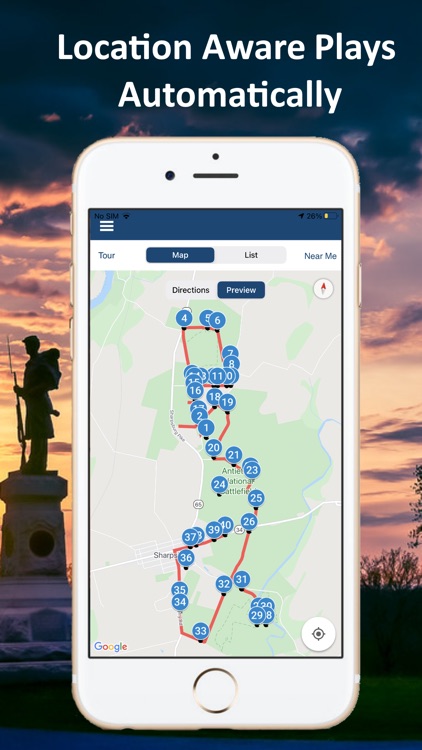 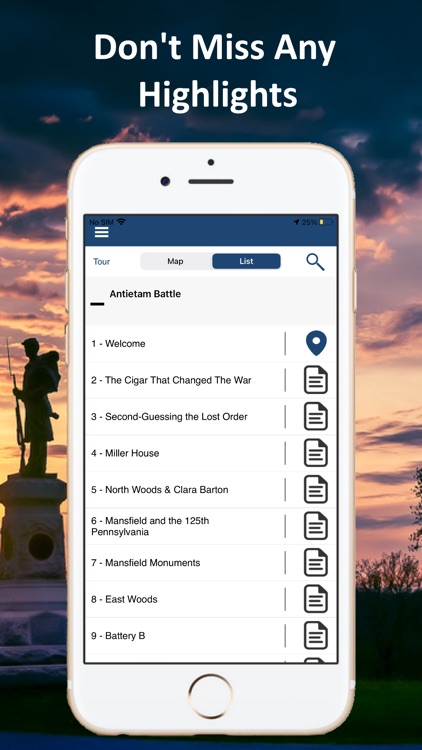 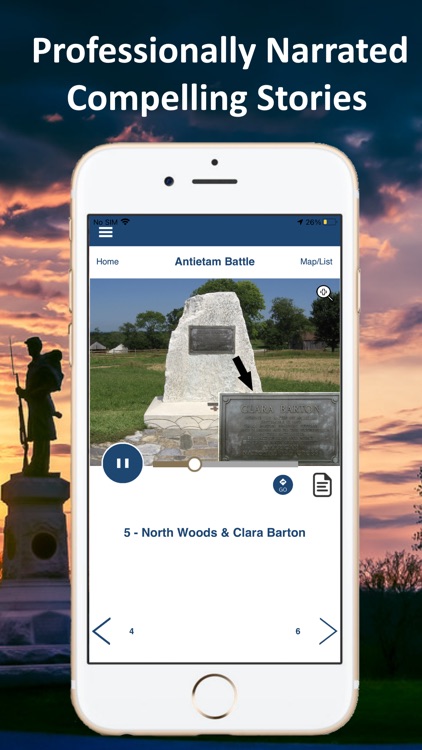 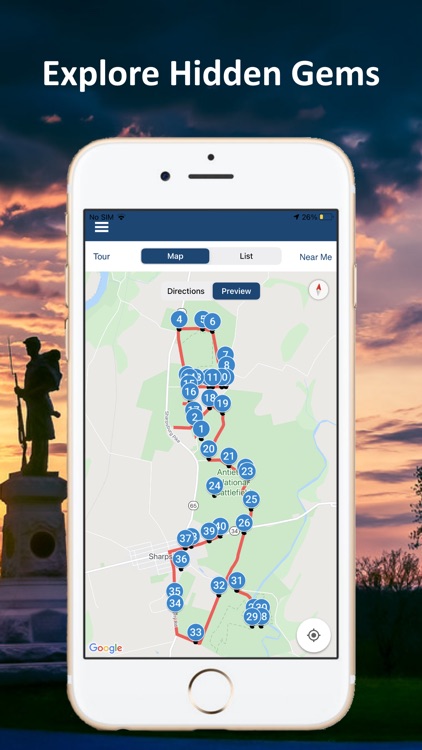 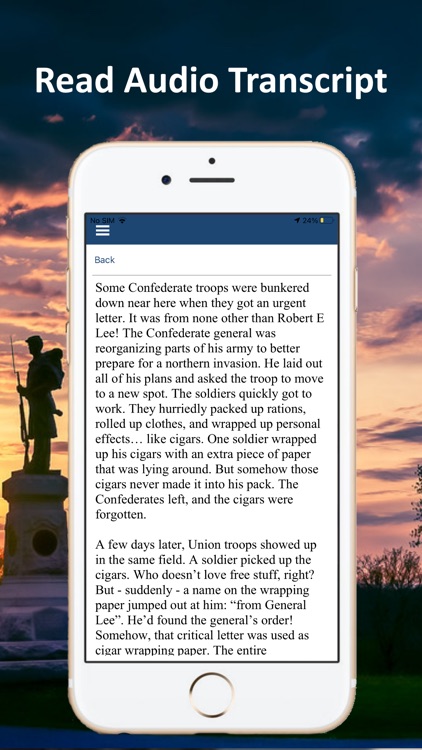 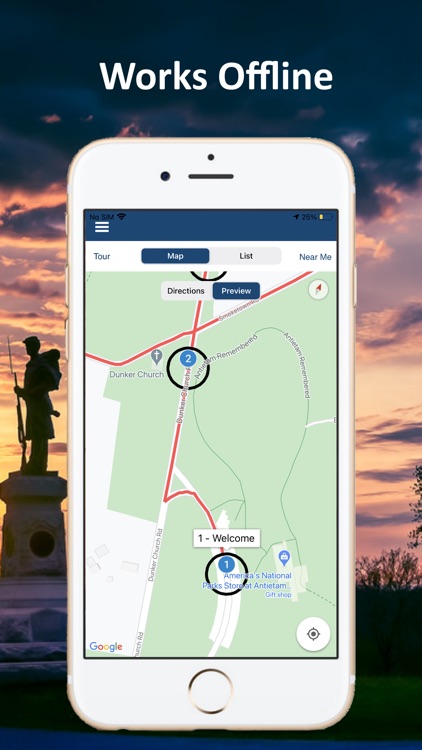 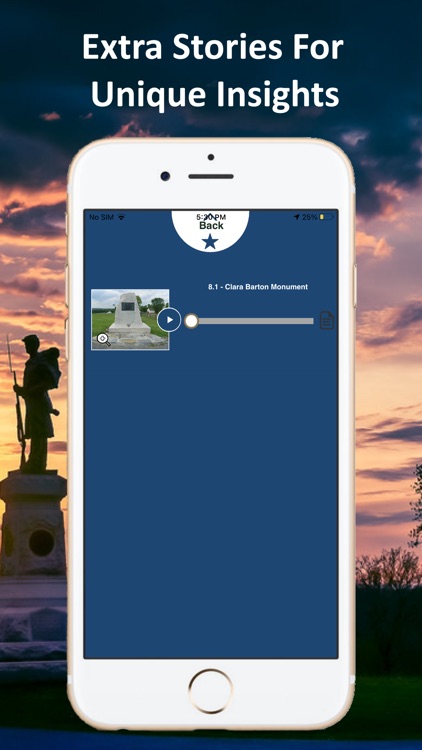 Welcome to the narrated driving tour of the Battle of Antietam, the single bloodiest day of the Civil War.

Are you ready to turn your phone into a personal tour guide? This app offers a fully-guided experience of the historic Antietam Battlefield — just like a local giving you a personalized, turn-by-turn, fully-guided tour.

Antietam Battlefield
Explore and understand the Antietam Battlefield with this self-guided driving tour. See where Union and Confederate lines clashed, over and over, in a desperate struggle to maintain control. Learn about what prompted the battle, what happened during it, and the consequences after it was over. Feel the poignancy of the sacrifices made on the single bloodiest day in American history during the Civil War.

The self-guided driving tour of Antietam begins at the Visitor Center and follows the National Military Park Service’s Auto Tour Route around the battlefield. Re-live the dawn skirmishes in the Cornfield, explore the terrible clashes at Bloody Lane, and understand the bloodbath at Burnside Bridge.

Experience the Battle of Antietam at these key battlefield sites:

■ Plays automatically
The app knows where you are and which direction you are heading, and plays audio automatically about the things you are seeing, plus stories and tips and advice. Simply follow the GPS map & the routing line.

■ Fascinating stories
Be immersed in an engaging, accurate, and entertaining story about each point of interest. The stories are professionally narrated and prepared by local guides. Most stops also have additional stories that you can optionally choose to hear.

■ Works offline
No data, cellular or even wireless network connection needed while taking the tour. Download over Wi-Fi/Data Network before your tour.

■ Freedom of travel
No scheduled tour timings, no crowded groups, and no rush to move along past stops that interest you. You have total freedom to skip ahead, linger, and take as many photos as you’d like.

■ Award-winning platform
The app developers received the famous “Laurel Award” from the Newport Mansions, who use it for over a million tours/year.

Gettysburg Battlefield:
Explore Gettysburg, one of the most important battles in one of the bloodiest conflicts in American history: the Civil War. Here, Union forces staged a nearly impossible defense against Confederate attackers--and won! Walk in the footsteps of Civil War soldiers, re-live the battle strategies of the key Gettysburg generals, and embark on an adventure that brings this historic three-day battle to life.

Check out the free demo to get an idea of what this tour is all about. If you like it, purchase the tour to get full access to all the stories!

■ Be sure the phone battery is fully charged or take an external battery pack.

Continued use of GPS running in the background can dramatically decrease battery life. This app uses your location service and GPS tracking feature to allow real-time tracking of your route. 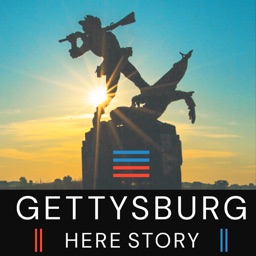 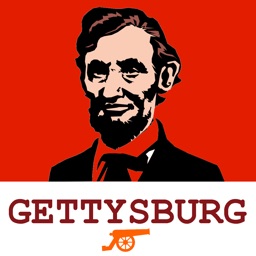 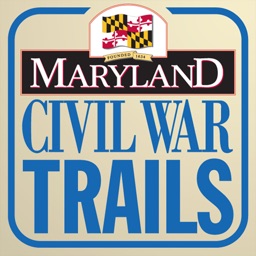 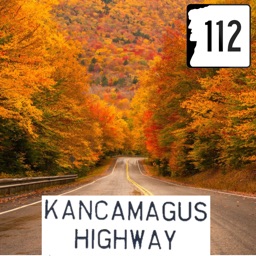 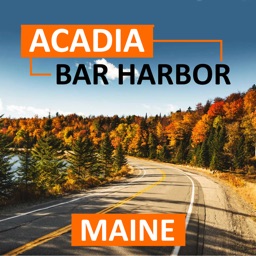 Historic Day Trips
Nothing found :(
Try something else