The VR app provides a 360-degree experience of all six Apollo landing sites. All of the panoramas were assembled from images captured by the astronauts. Each one also includes a virtual Sun and Earth.

The VR app provides a 360-degree experience of all six Apollo landing sites. 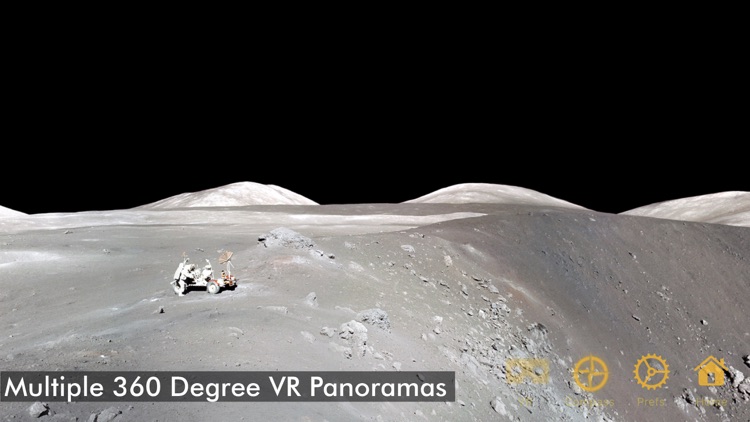 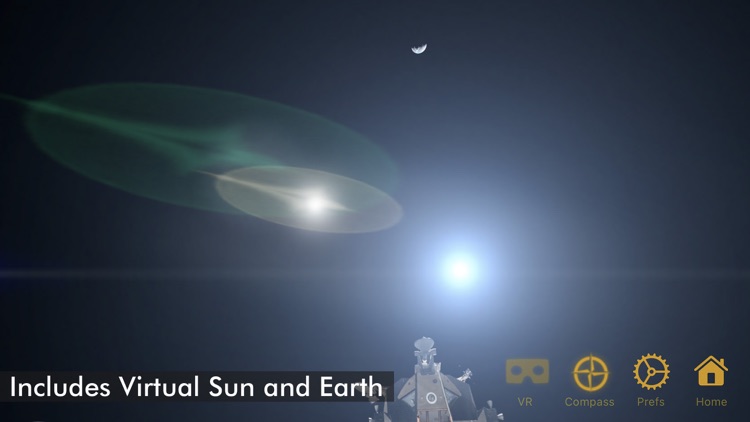 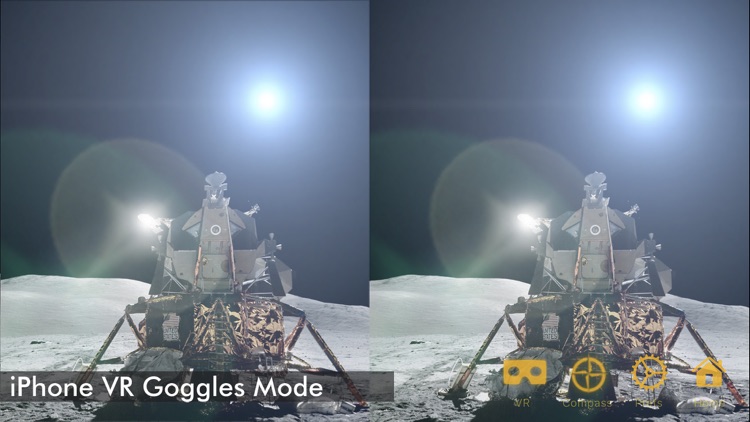 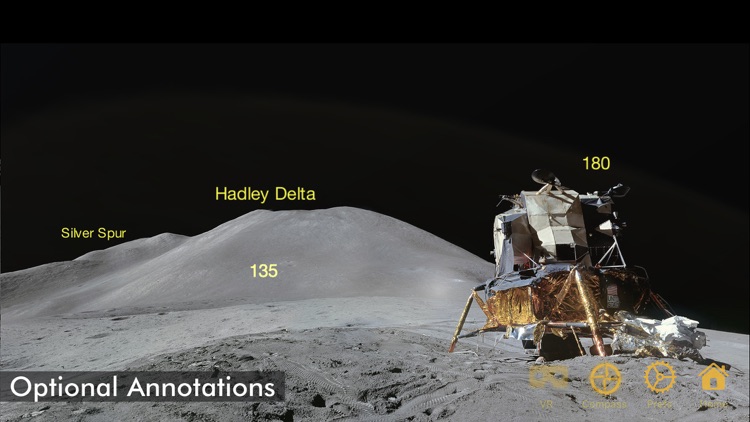 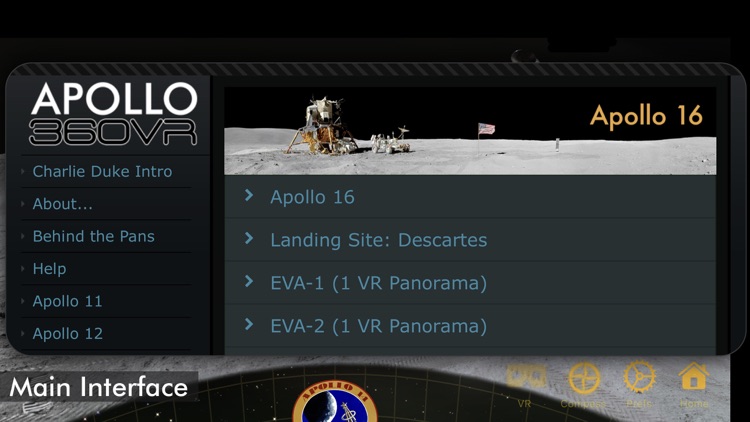 Apollo 360VR for iOS is a new Virtual Reality App allowing you to get a Moonwalkers eye view of the Lunar Surface in glorious 360 degrees. Made from high resolution Apollo 360 degree panoramas with virtual a Sun and Earth, mission audio, and optional narration and annotations.

Apollo 360VR makes use of the iPhone and iPad's accelerometer to allow users to move their devices around to get a 360 degree experience of all 6 Apollo lunar landing sites The app uses 360 degree panoramas assembled by Mike Constantine of Moonpans.com which were captured by the Apollo Astronauts as separate frames which were then seamlessly assembled to form a single 360 degree image.

The 360 degree images were then placed into 360 degree astronomy software developed by Mike Smithwick of DistantSuns where a virtual Sun and Earth were added.

iPhone users can click the VR Goggles mode, allowing users to put their phone into a headset adaptor.

The result is a virtual experience depicting the exact sight only 12 Moonwalkers have even seen before.

There is also mission audio as spoken by the Astronauts to mission control in Houston at the time each panorama was captured. Optional narration and annotations to help identify features in the panoramas along with detailed description. 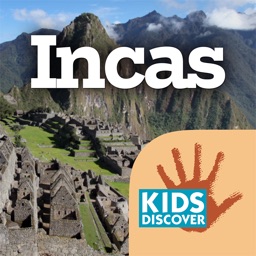 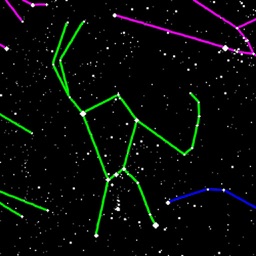 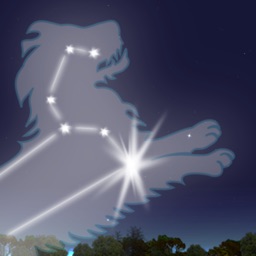 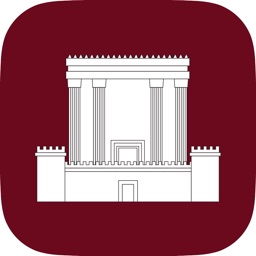 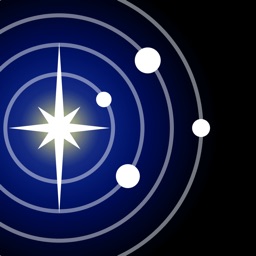 Awesome New Apps for iPhone
Nothing found :(
Try something else