Here is my first game! 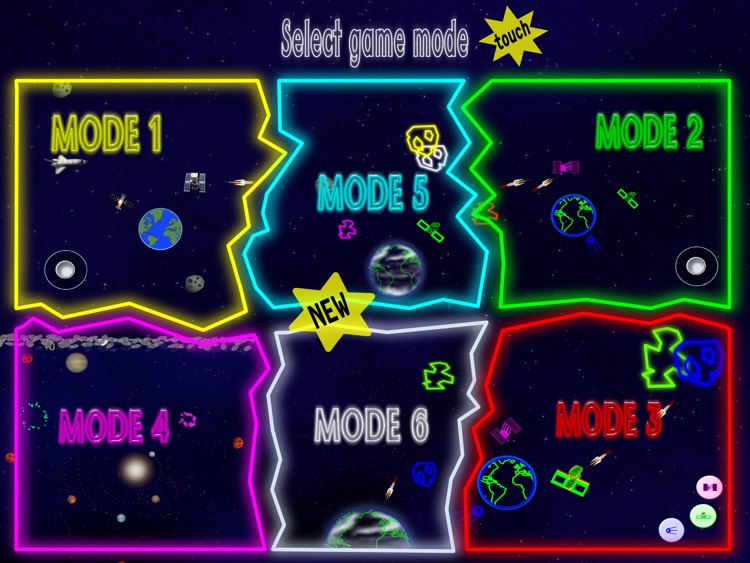 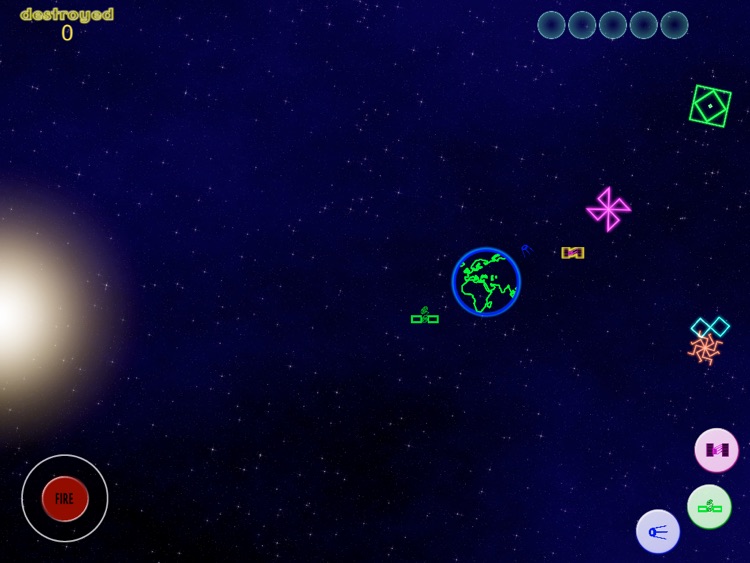 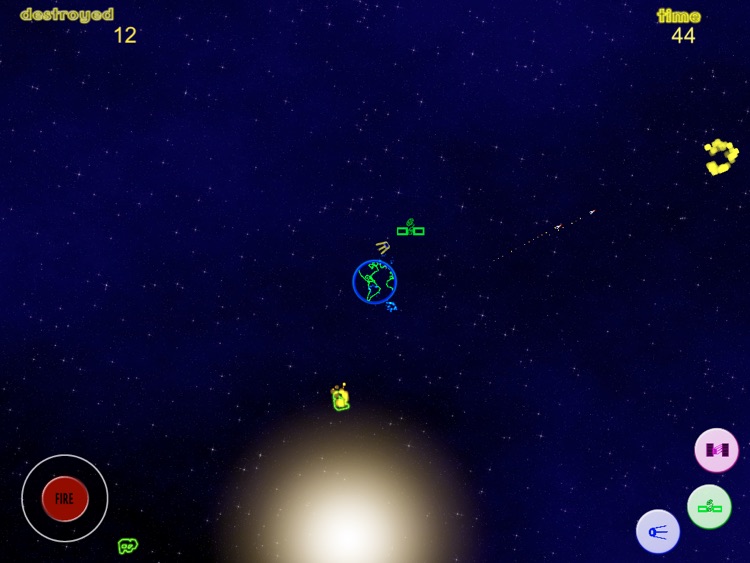 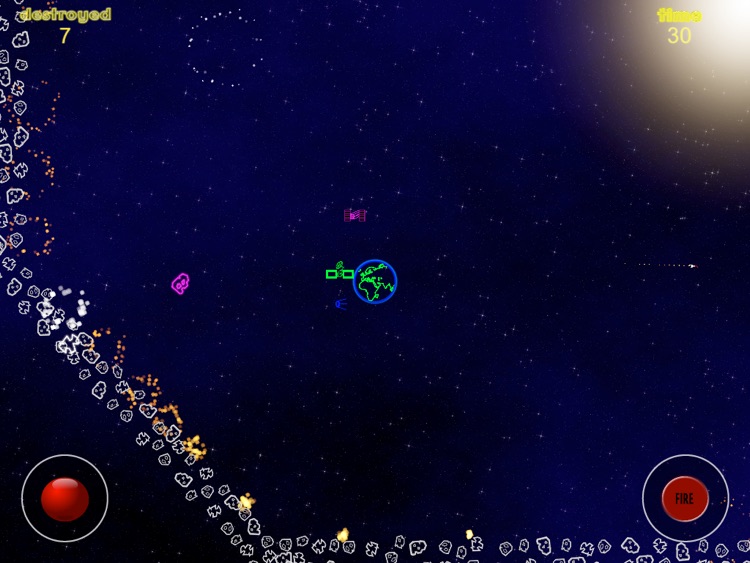 Here is my first game!
Planet Earth is in constant danger. While humans we live our quiet lives, in outer space is waged a battle against nature. Belt asteroids approach with much danger to the Earth and our duty is to destroy them before they impact and end to all humanity. Discover the different game modes and get points before the destruction of the Earth. Thanks to satellites orbiting around the Earth you can shoot or use them as shields.
-Bright and colorful explosions.
-Incredible satellite orbits around the Earth.
-Amazing Earth's orbit around the Sun, only in Mode 3 and Mode 4 game.
And more...

SIX gameplay modes with different graphics and ways to play:
-MODE 1: The first graphics I designed. Handles with virtual left pad Planet Earth dodging asteroids while with the right pad shoot missiles from the satellite.
-MODE 2: Same gameplay that mode 1, but change some other more colorful graphics and simple.
-MODE 3: Same design as mode 2, but with the difference that you do not move THE EARTH, but it orbits the sun, while satellites orbit the planet. With the buttons you choose a satellite and the pad you fire the missiles.
-MODE 4: Mercury, Venus, Earth and Mars orbit the sun, you must destroy the asteroids touching them with your finger before they destroy the Earth. While the giant Jupiter destroy the asteroids on its way.

NEW:
-MODE 5: Destroy the meteors with a touch in portraid mode.
-MODE 6: Tap the screen to launch the missiles to where you touched,and create a powerful shockwave.

NEW BONUS GAME MODE: ALIEN ATTACK. Geometric Ships attack the Earth, similiar to other modes with meteors.
Four versions are to survive as long as possible and destroy as much asteroids as you can. Compatible with Game Center Leader. Connect and compare your scores with everyone.
Enjoy this game and comment any suggestions to my email. 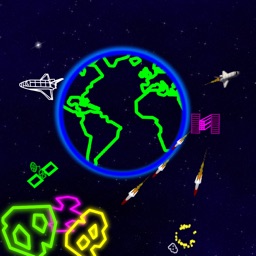 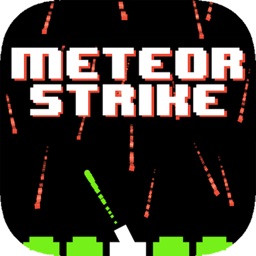 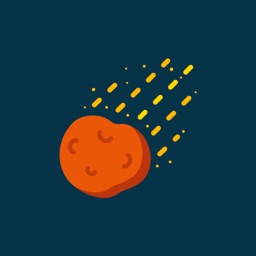 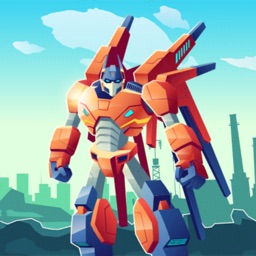 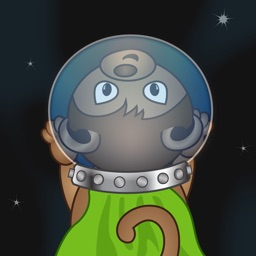 Roderick Munro
Nothing found :(
Try something else