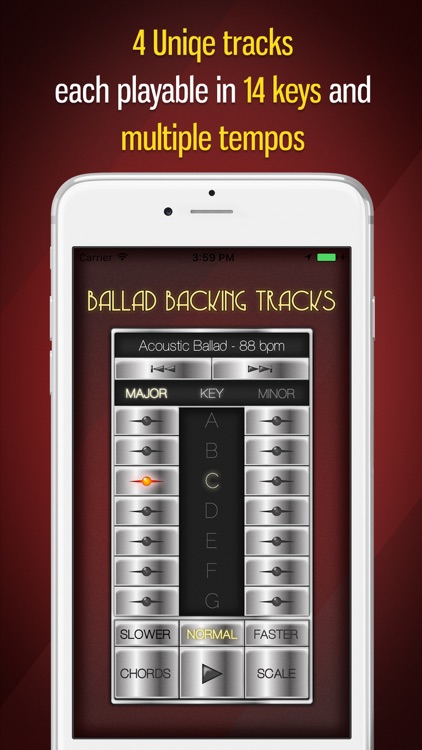 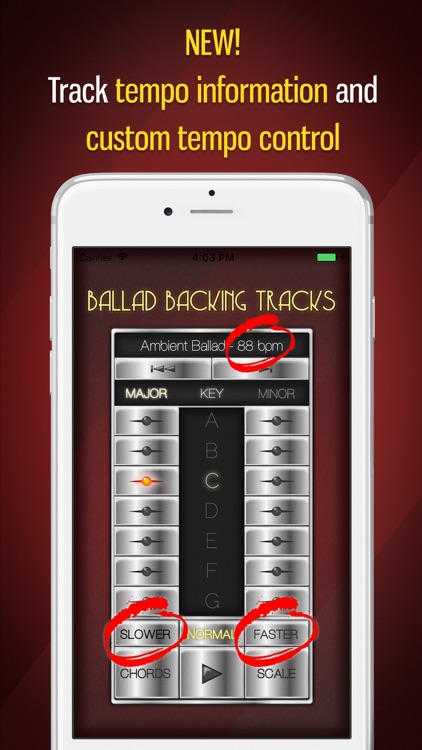 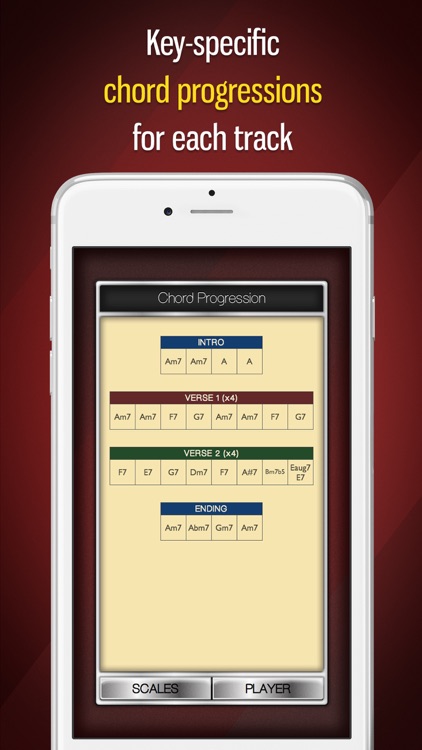 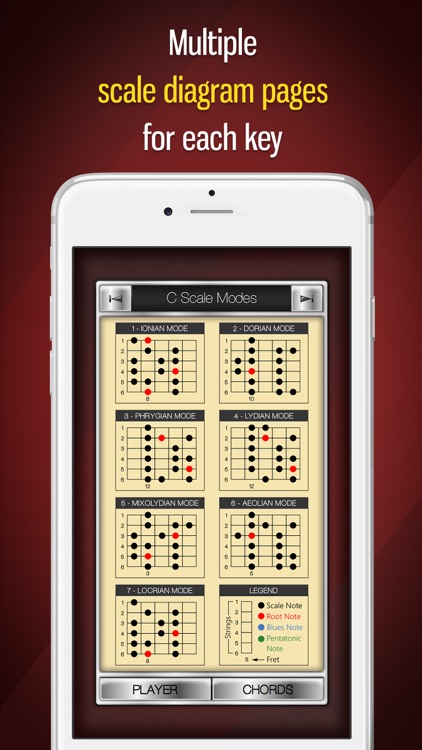 Musicians - in need of accompaniment while practicing? Look no further than Backing Tracks: Ballads! Guitarists - use this tool to help you master the fretboard and develop fluidity in playing up and down the neck!

Energize your practice sessions with Backing Tracks: Ballads. This tool will provide you with a fun practice companion with FOUR DIFFERENT, retro midi/synth style tracks. The tracks can also be played at at MULTIPLE TEMPOS and in FOURTEEN keys!

The four tracks included are:

Each of the four tracks can be played in the following keys:

In addition, the CHORD PROGRESSIONS for each track are provided. Just tap the "Chords" button and the key-specific progression will appear.

Finally, for guitarists, a variety of SCALE POSITION DIAGRAM PAGES are also available. Just tap the "Scale" button and a handy reference page will appear for each of the following scales: 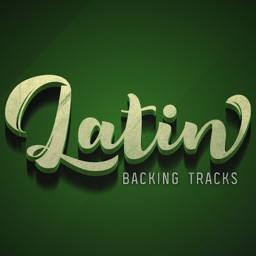 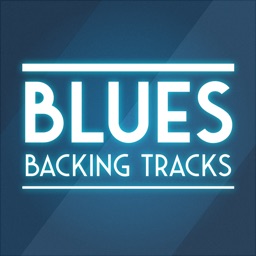 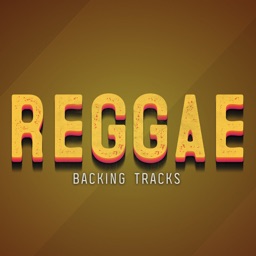 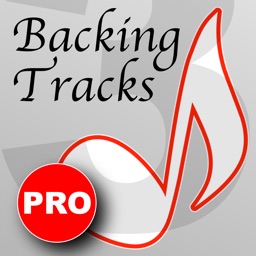 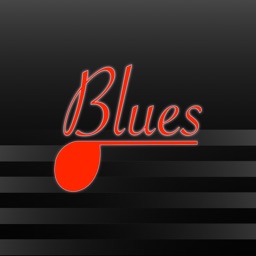 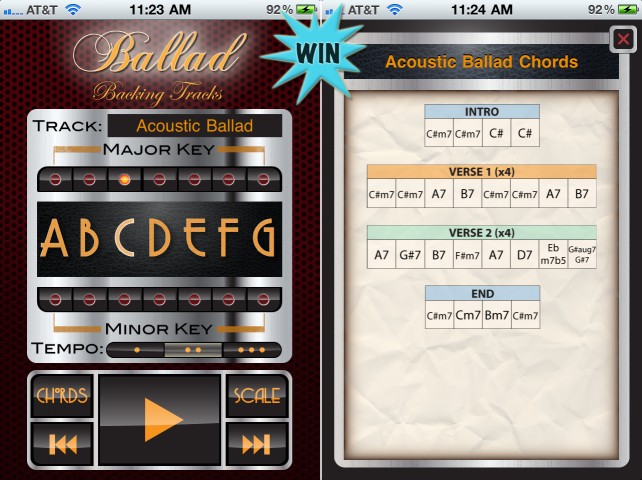 A Chance To Win A Backing Tracks: Ballads Promo Code With A Retweet Or Comment

AppAdvice has teamed up with Vievace in order to offer you a chance to win Backing Tracks: Ballads for iPhone and iPod touch ($2.99).

August 2 Tyler Tschida
Nothing found :(
Try something else