Billy used to live such a boring and menial life. He worked his normal 9 to 5 desk job. He paid his taxes. He ate the same meal for breakfast every morning. 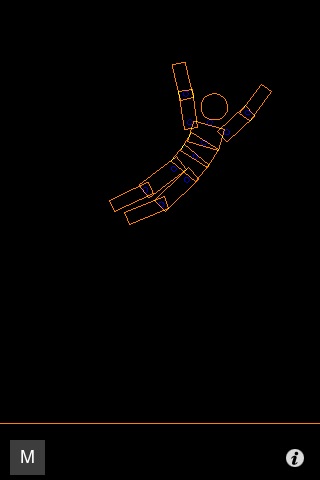 Billy used to live such a boring and menial life. He worked his normal 9 to 5 desk job. He paid his taxes. He ate the same meal for breakfast every morning.

But then Billy decided to spice up his life. He looked around and thought, “Wouldn’t it be fun to be stuffed into a little box and thrown around like a puppet? That certainly would make things more interesting!”

So Billy stuffed himself inside an iPhone, and called out to the world, “Hey, I’m a lifeless ragdoll! Chuck me around a bit!” And so the world obeyed.

So go ahead, world! Throw Billy around inside your iPhone or iPod Touch. Spawn objects to throw at Billy, or to throw Billy at, or whatever you please. Use the device’s accelerometer to turn Billy’s world into a nauseating carnival ride (that is, for him anyway). Set off an explosion watch him fly. He’ll have a blast, and so will you.

> Realistic physics modeling using the Box2D physics engine (www.box2d.org).
> Accelerometer control:
-- Gravity controlled by the device’s accelerometer.
-- Shake to clear the world.
> 4 different tools to interact with Billy, including:
-- Move: throw Billy around, or throw stuff at Billy.
-- Spawn: make objects to throw at Billy.
-- Explode: set off an explosion to send Billy and other objects flying.


Upgrade to the full version of Billy the Ragdoll and get:
-- 16 different tools, including the nailgun, motor, gravity vortex, and slingshot tools
-- Custom spawning tools, allowing you to create the objects you want
-- Draw tools, allowing you to draw any object in Billy’s world
-- Quick-select view to let you select tools fast
--Advanced options, including performance display, blood effects and touch sensitivity
-- Customizable gravity, including presets for different planets/celestial bodies
-- The ability to manipulate time, including “Slow-mo” mode


Billy the Ragdoll FREE was written by Maxwell Collard, age 16. 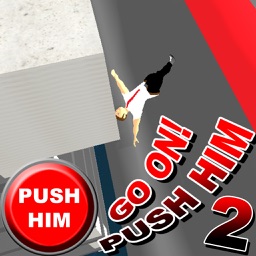 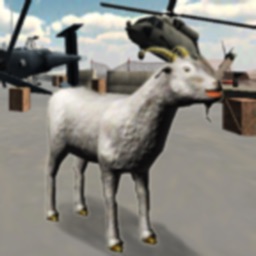 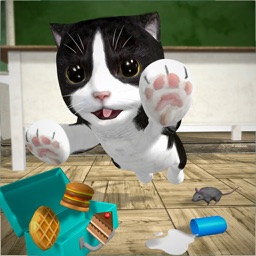 ANDREY MUSTAEV
Nothing found :(
Try something else