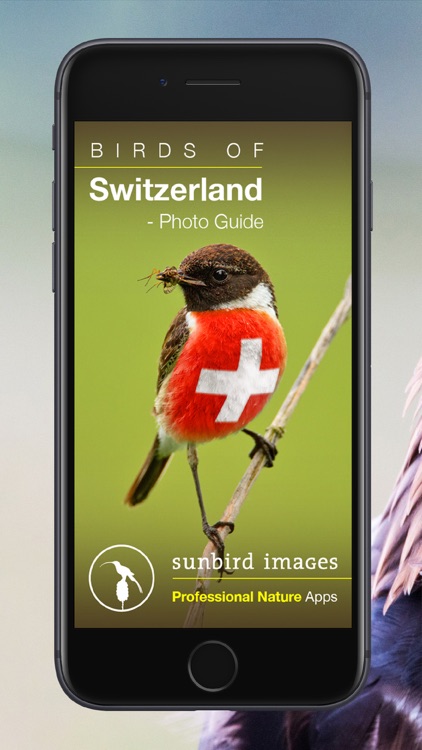 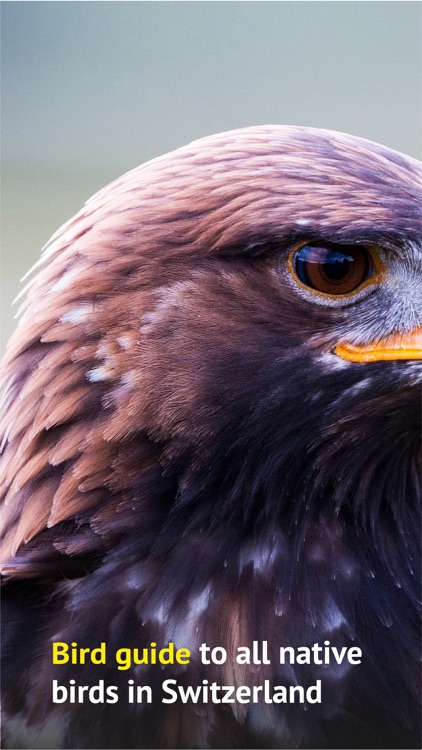 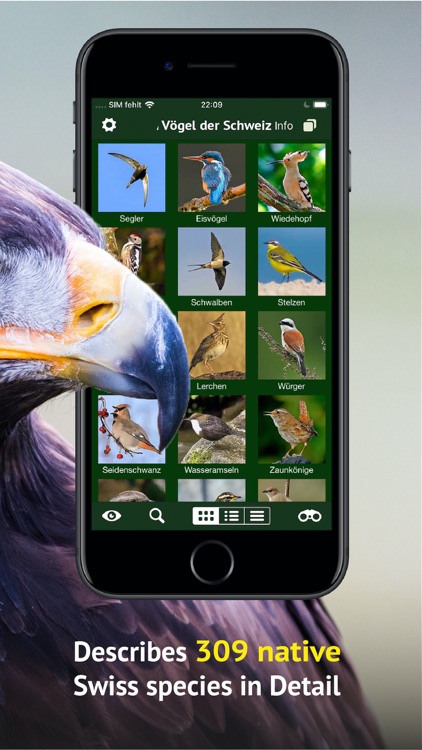 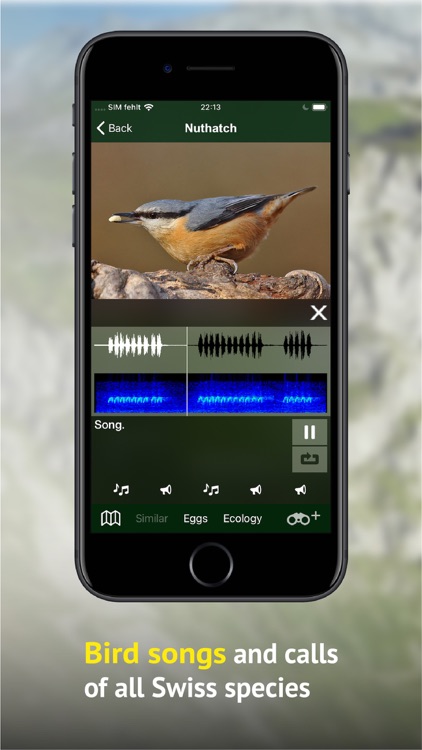 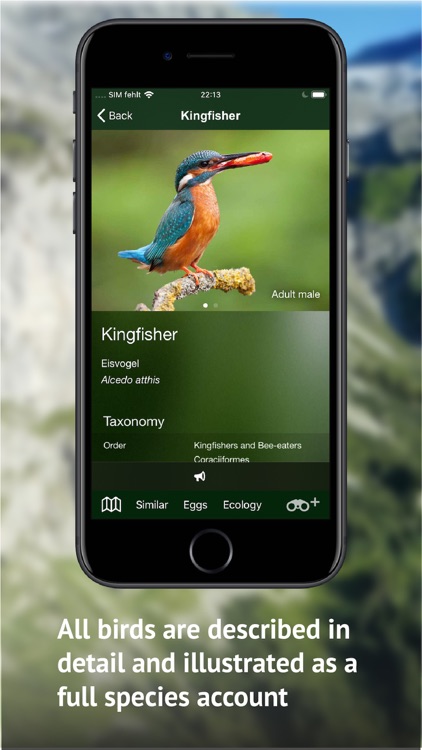 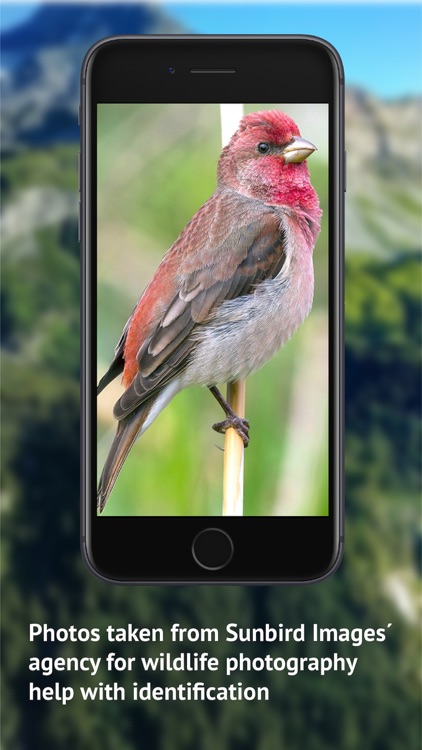 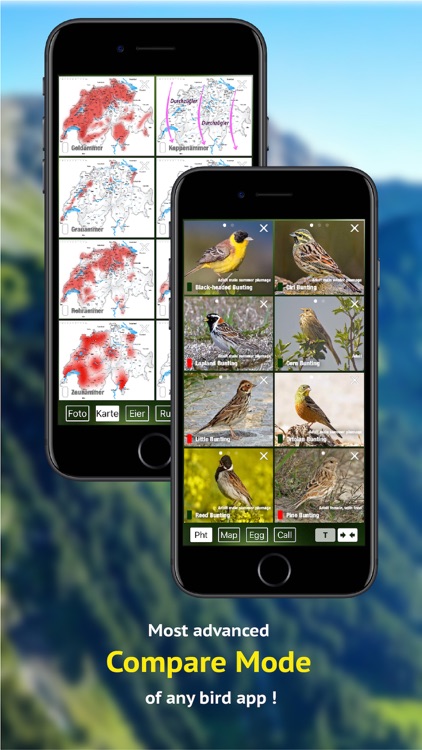 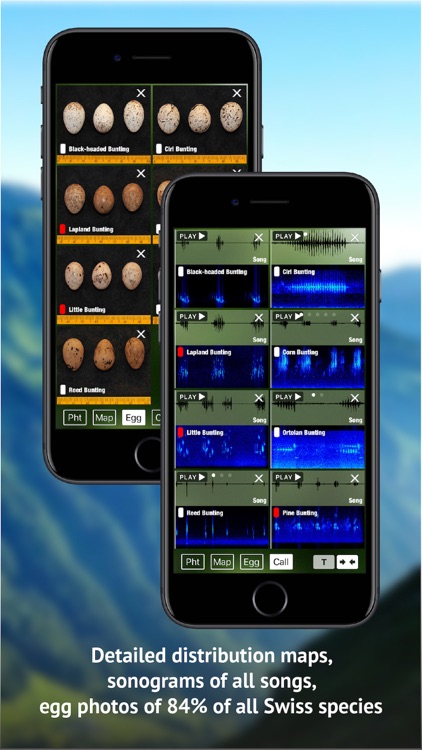 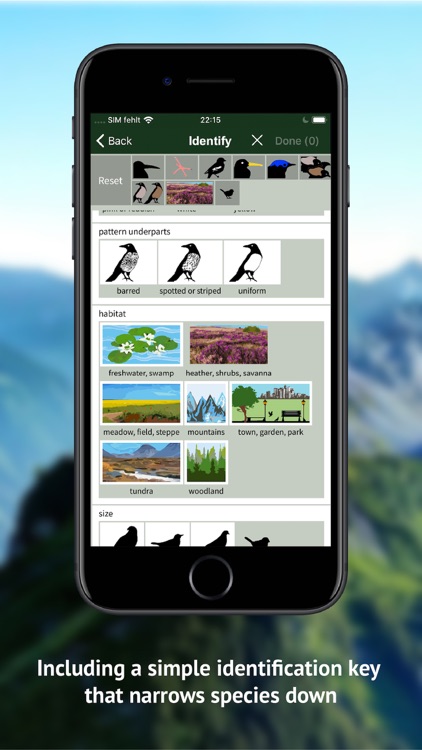 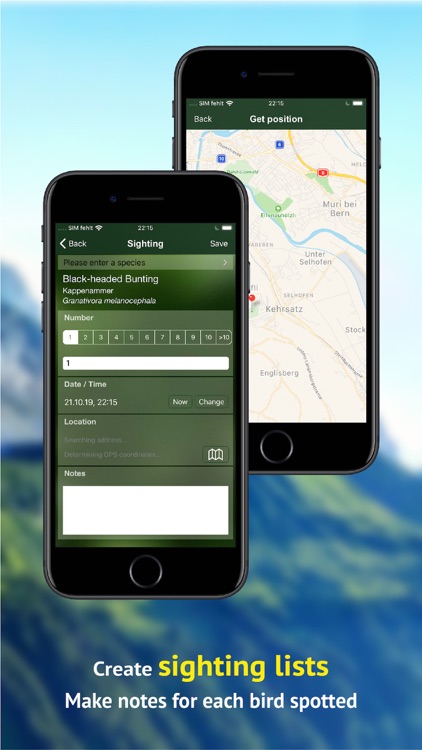 This exceptional app includes the native species which have been listed by the Swiss Rarities Committee. It has been developed by passionate field ornithologists and published ecologists.

Despite the abundance of species provided: in order to precisely identify a bird no previous knowledge or ornithological expert skills are required.

Use the COMPARE FUNCTION to choose up to eight species on the iPhone and up to 16 species on the iPad for direct comparison. You can compare images, distribution maps, eggs, and bird songs.

This app provides extensive texts and data for each bird species with information to:
Appearance, ecology, population size, frequency, habitat and much more. The texts for this app have especially been written for Switzerland. This holds for population size, abundance, breeding status, local distribution etc.

– Includes 309 native species to Switzerland
– COMPARE FUNCTION
– Detailed Swiss distribution maps
– Extensive descriptions to every species with 25 sub-features each!
– 1,500 well selected photographs, all in HD quality (1024 x 678 Pixels)
– Photos to each species, including female as well as summer and winter plumage for nearly every species
– All images labeled
– Sort and display species: A-Z, 20 different languages, taxonomic
– Egg photos of ALL (!) species
– 668 bird songs and calls (99% of all included species)
– Spectrograms of all songs
– Create sighting lists and sort by place, date, group, name
– Via GPS automatically plots all spots on a map of Switzerland, which can be edited
– Make notes for each bird spotted
– Simple identification keys
– Search for Latin or common name (or part of name) through search screen

Of decisive help here are the qualitatively high-class large-scale images which show all bird species in their natural environment and, amongst others, originate from renowned photographers of the wildlife agency SUNBIRD IMAGES. The pictures have been chosen from thousands in order to allow the most reliable identification of the birds. The choice of photos is essential for identification: Bird pictures which only show the bird from front, like it is the case for many of the sloppily developed apps on the market, are of little use for birders.

The app will be continuously developed further. In the future, more photos and songs as well as new identification features will constantly be added.

All updates are free of charge. Once downloaded no internet connection needed – just download the app and start birding!

Visit our internet support site for more information. We are happy, if you like our app. In any case, please don't hesitate to email: birds-switzerland@sunbird.tv

Similar Apps to Birds of CH 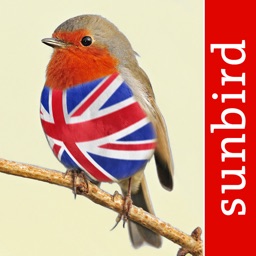 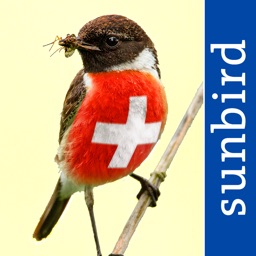 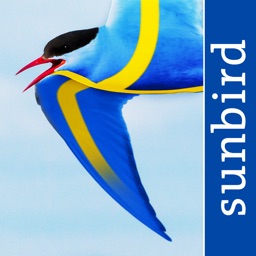 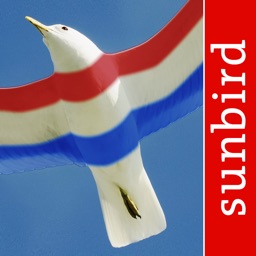 Birds of the Netherlands 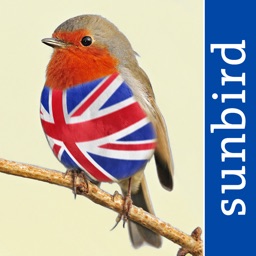