Techniques. You’ll get a complete, scientific and systematic guide to the guard position. There are many different guard positions and variations, and each position has hundreds of techniques available to you. 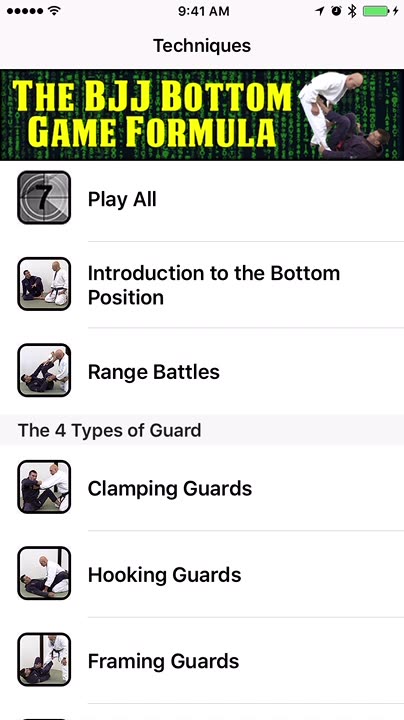 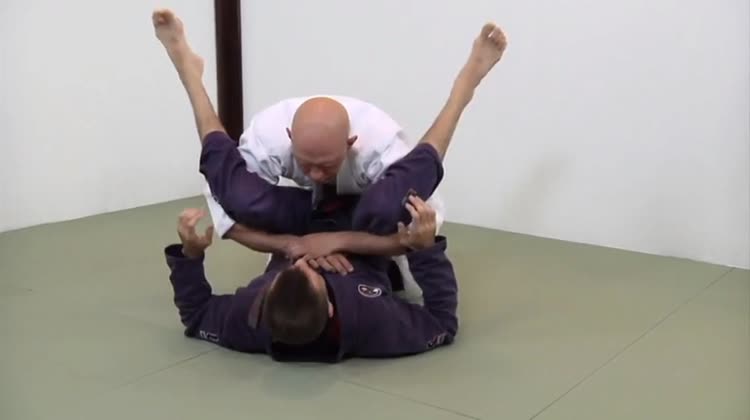 Concepts, Strategies and Drills. App contains more than 2 hours of in-depth BJJ instruction that’ll give you a huge advantage on the mat. You’ll learn how to control your opponent from the guard, how to prevent his guard passes, and proven attack formulas to sweep or tap out your opponent. 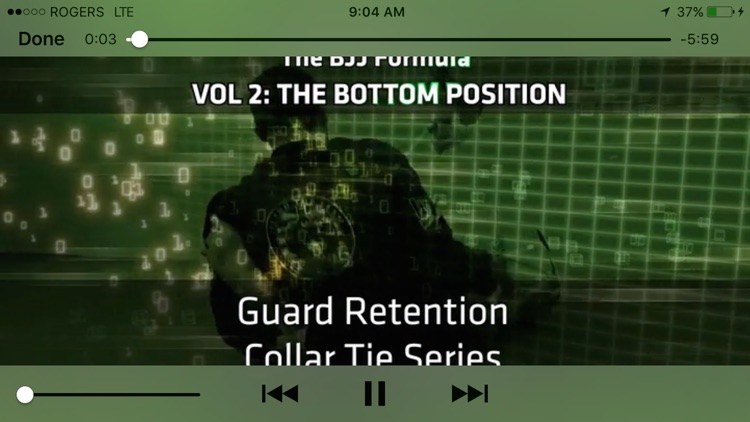 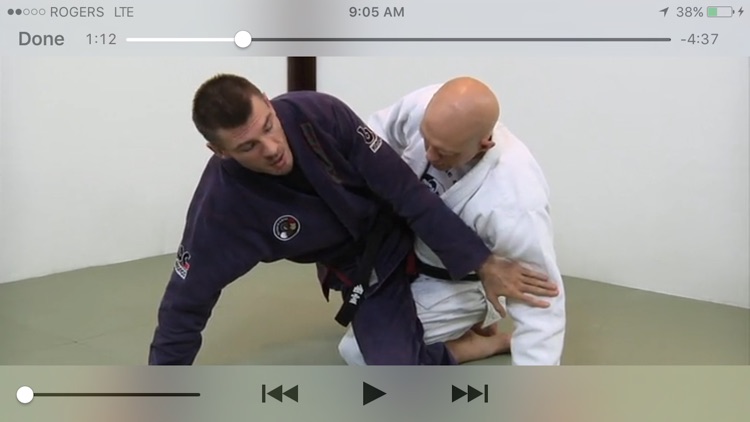 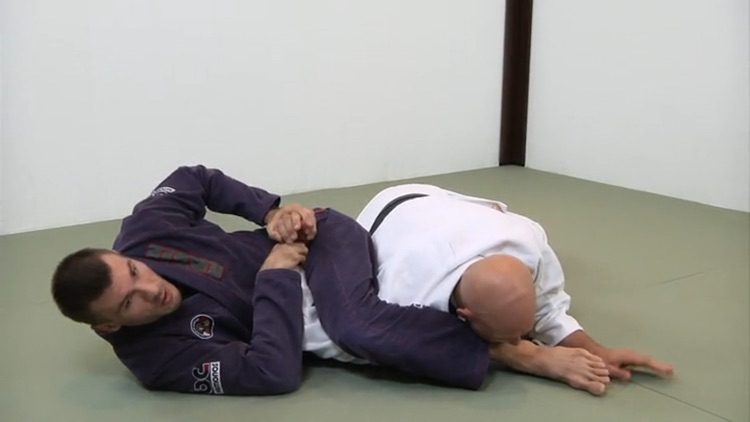 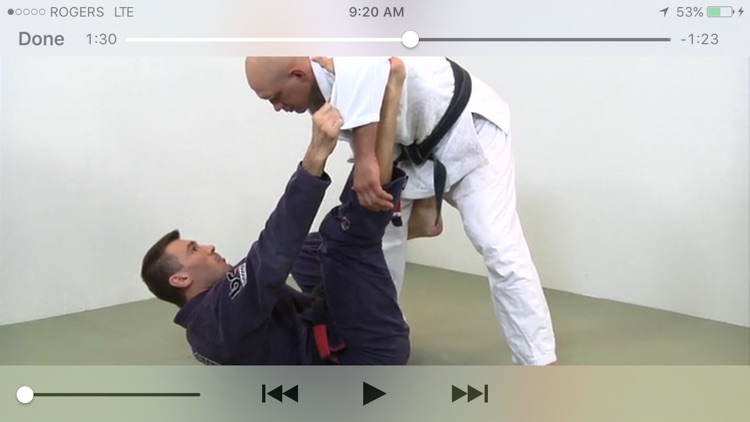 The Guard and Bottom Game Formula contains more than 2 hours of in-depth BJJ instruction that’ll give you a huge advantage on the mat. You’ll get a complete, scientific and systematic guide to the guard position.

You’ll learn how to control your opponent from the guard, how to prevent his guard passes, and proven attack formulas to sweep or tap out your opponent.

The guard is the most complex position in Brazilian Jiu-Jitsu. There are many different guard positions and variations, and each position has hundreds of techniques available to you.

Trying to memorise each of these techniques is a losing battle. It's all too much to remember, and it's too slow to access all that information in the heat of the battle.

But by showing you the underlying principles and concepts of the bottom position it makes learning the guard MUCH easier.

So you'll learn techniques faster and remember them easier if you start with the principles and concepts that underly all of jiu-jitsu.

Mechanical principles like leverage, framing and movement don’t change from position to position, they’re the same everywhere, and once you know them you can apply them all over the place.

Every technique, every transition, and every strategy in this app is based on those fundamental principles. We'll show you exactly how those principles apply and how to use them so you can then apply them in other situations.

In the BJJ Guard and Bottom Game Formula Brazilian jiu-jitsu black belts Rob Biernacki and Stephan Kesting take you through their entire guard formula, starting with how how to control your opponent so he can’t easily pass your guard or disengage and run away.

Next you’ll learn the movements and principles of guard retention: these techniques will make your guard virtually impassable no matter what kind of guard pass your opponent uses.

Then you’ll learn how to sweep and submit your opponent, even if he already knows the techniques you are using.

The most important thing to realise is that against a quality opponent you rarely just catch him with ‘a technique’. Instead you have to first set it up so that he’s off balance and out of position. We’ll show you how to systematically dismantle his body alignment before launching your sweep and submission attacks.

Finally you’ll also learn the revolutionary new drills that’ll have you moving on the mat and attacking your opponent like an advanced player after just a few sessions.

ABOUT YOUR INSTRUCTORS; ROB AND STEPHAN

Rob Biernacki is the creator of the renowned BJJ Back Attacks Formula and BJJ Top Game Formula. He's a BJJ black belt and travels extensively to compete and train with many of the top jiu-jitsu instructors active today.

Rob's ability to identify and teach the underlying principles of jiu-jitsu has made him a very popular seminar instructor, and many competitors have credited him for their critical competition breakthroughs.

A master teacher, Stephan has helped thousands of grapplers improve their skills through his clear and easy-to-use instructional apps, DVDs, and online videos. 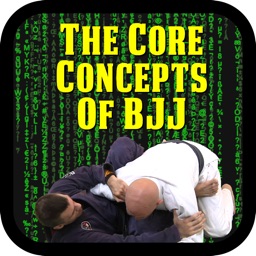 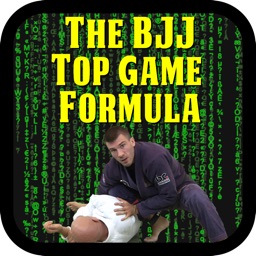 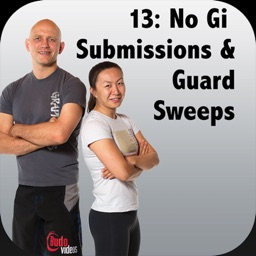 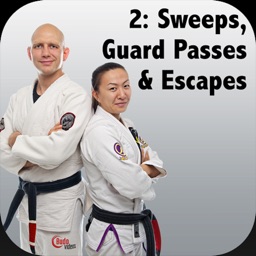 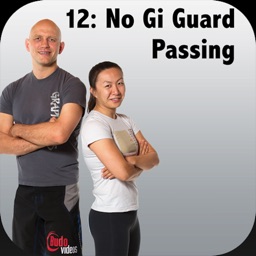