BlitzKeep, where pinball meets an RPG! Or maybe where pachinko meets an RPG? Something like that! 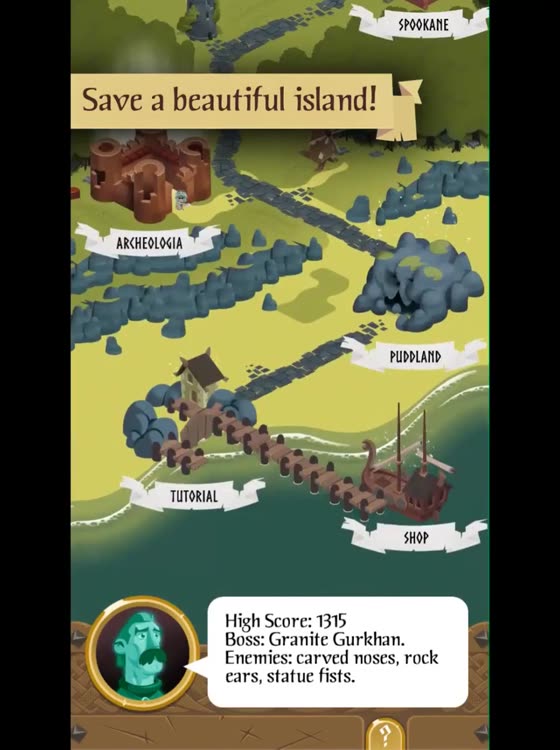 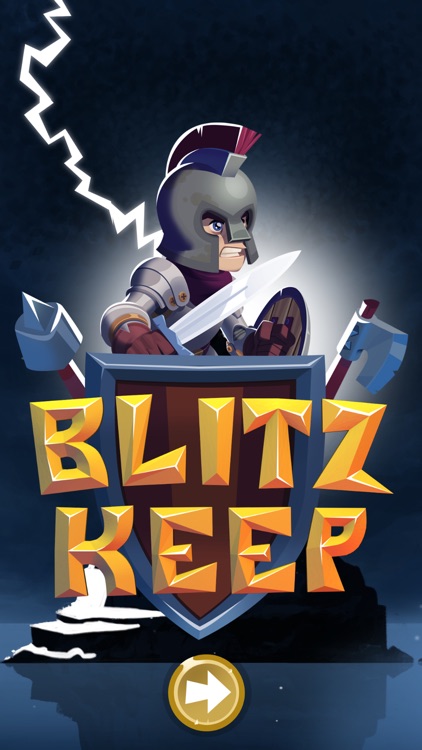 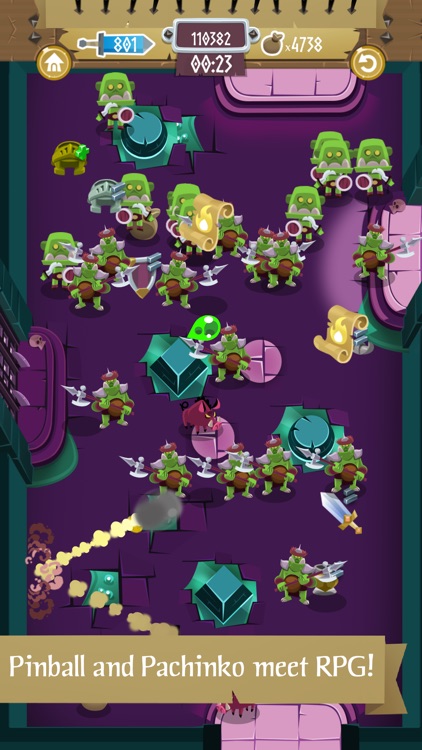 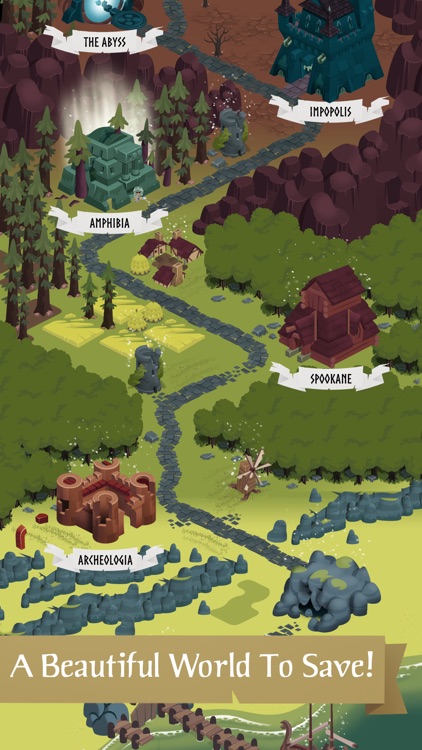 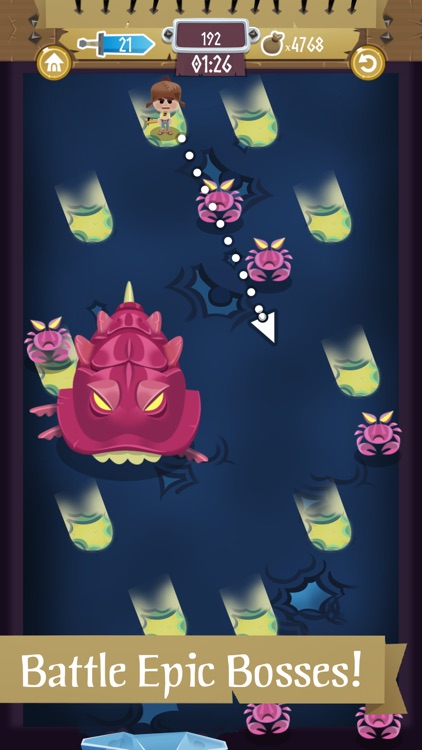 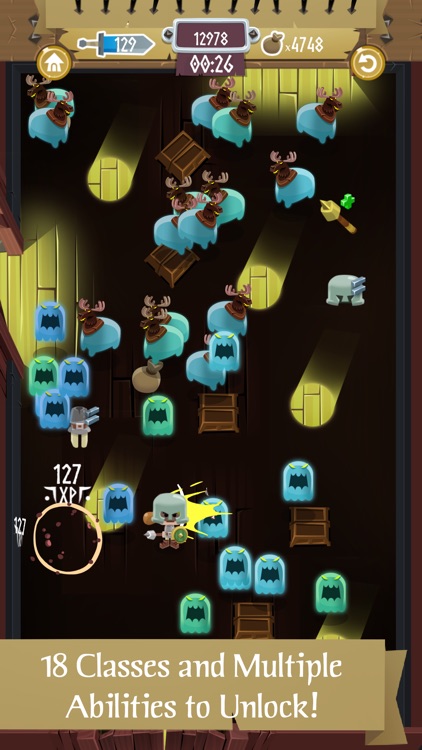 BlitzKeep, where pinball meets an RPG! Or maybe where pachinko meets an RPG? Something like that!

“BlitzKeep combines pinball with a dastardly RPG.” - Pocket Gamer
“The visuals in the game look gorgeous.” - It’s New
“My favorite new game release this week.” - App Advice
“I love the freshness of the idea.” - Modern Jamming
“Game of the week.” - Macgasm

Point your hero where you want him to attack, and he won't stop moving until he's reached a safe zone or has died! The latter happens far too often... Pick up gear to increase your power, and kill weak enemies first so that you can level up enough to kill the stronger ones. Eventually, you may even become strong enough to kill a massive boss! Don't be disheartened by frequent deaths - it takes only moments to try again!

You will travel through 5 kingdoms on your way to The Abyss, the never-ending level. Each kingdom has a king that has been transformed into the most horrible of creatures – a huge boss monster. Beat the boss to move on to the next land.

There are 5 kingdoms to defeat:
Puddland - Home of the Crustacean Commander
Archeologia - Domain of the Granite Gurkhan
Spookane - Realm of the Ectoplasmic Emperor
Amphibia - Land of the Toadlike Tsar
Impopolis - Kingdom of the Malicious Maharaja

There is also the infinite level, The Abyss.

After you've finally struggled through all the kingdoms, can you beat your high score? What about your friends' scores? Compare them on Game Center (more achievements coming with later updates)!

• The secret to winning is taking your time and killing absolutely every enemy you can.
• You beat enemies by having a >= POW than them. Your POW is inside your sword in the HUD. If you have less, you die!
• Enemies that are stronger than you will have a small skull above their heads.
• You can increase your POW either by picking up items with a "+" (meaning they are better than what you've got), or by killing weaker enemies to level up. Each time your sword fills with blue you will level up, and as the Knight this will grant you 3 POW.
• If you start to run out of time too often, go to the Shop and buy some time upgrades! The first few are very cheap.
• When you collect gold, you keep it, even if you die or restart!
• Your score for a level is: totalEXP + totalItemPower * 5 – it's a direct measure of how strong you are, regardless of the class you selected!
• Your progress in a level will be used for the next level only if you beat that level with a higher score than the last time you did it.
• Tap as you hit a wall to boost. You'll be invincible, will plow through enemies, and will also get a speed bump. Use this to beat enemies that are stronger than you.
• Swipe while you're moving to slightly change your direction. You can use this to get yourself out of infinite bounces, or to try to nudge yourself towards things. 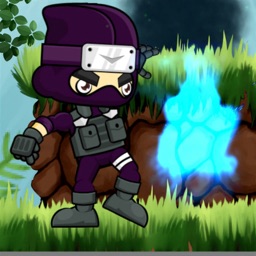 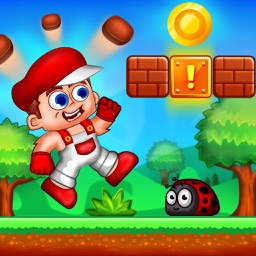 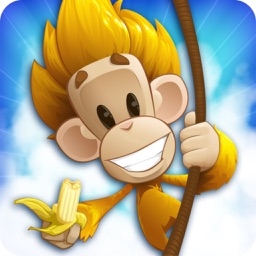 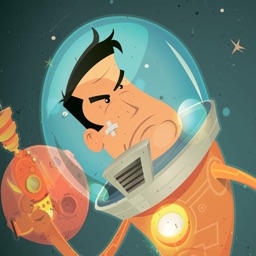 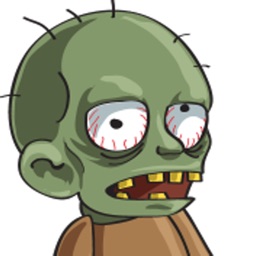 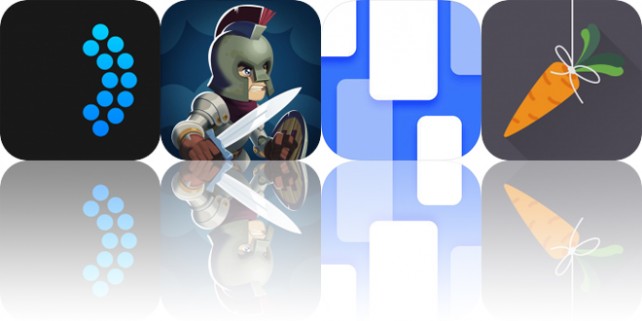 Today’s AppsGoneFree list includes a health app, an RPG, and a reference app.

Today’s AGF list includes an arcade game, an RPG, and an educational app.

April 23 Tyler Tschida
Nothing found :(
Try something else