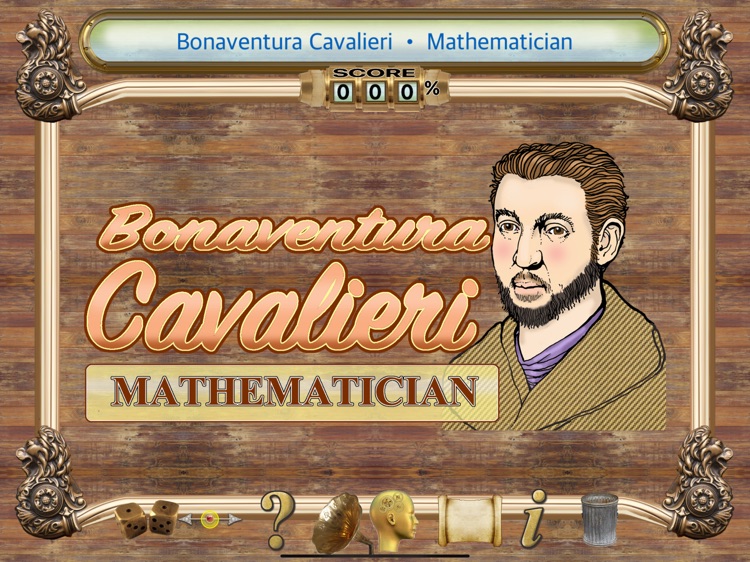 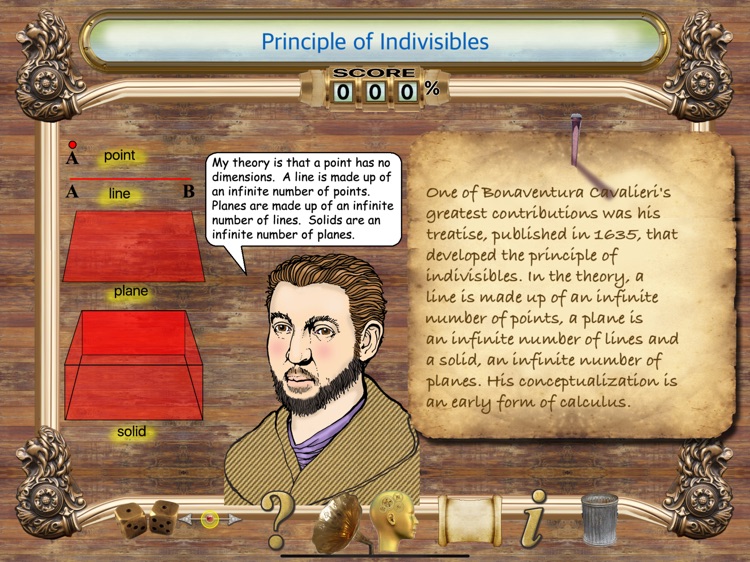 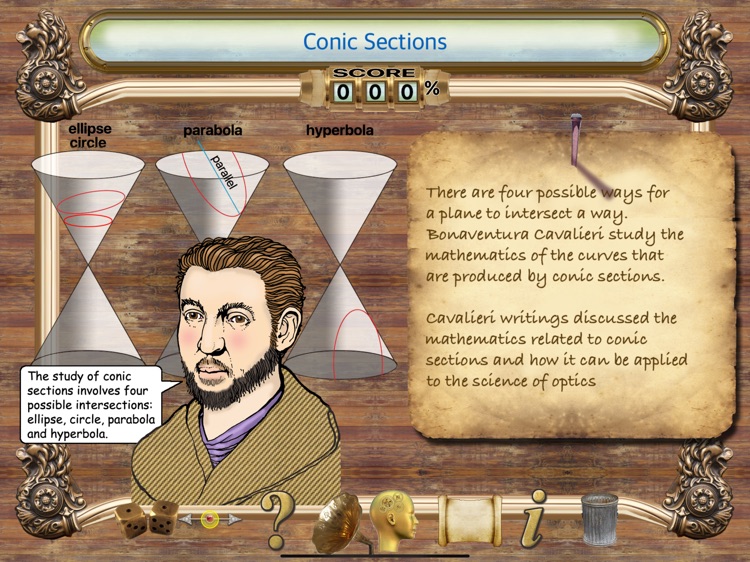 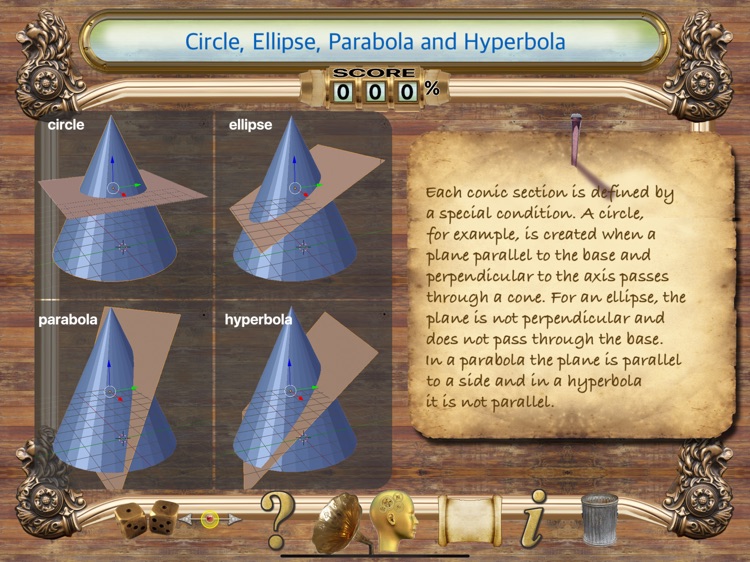 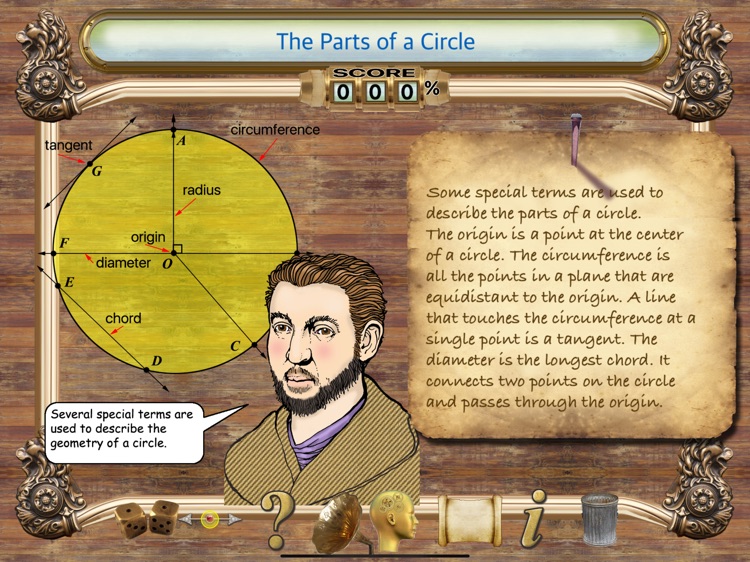 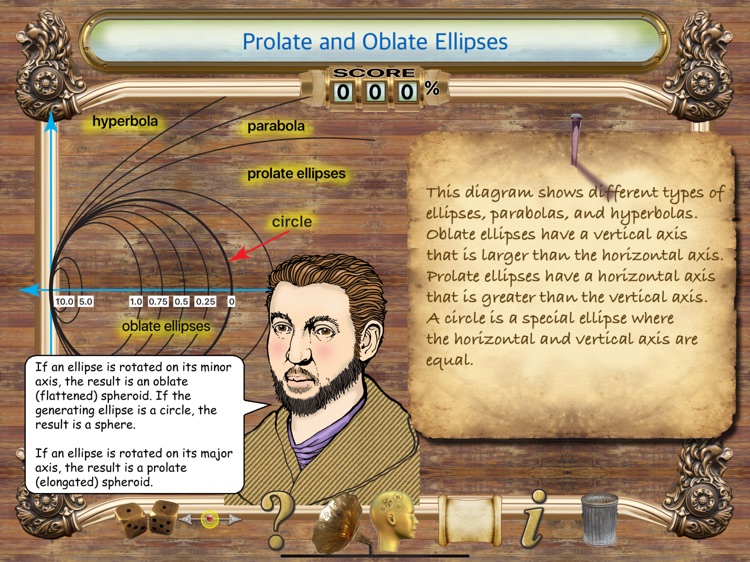 Use this beautifully illustrated interactive learning system to study the life and accomplishments of Bonaventura Cavalieri. Today Cavalieri is recognized as a mathematician who made significant breakthroughs and contributed to the later development of the calculus.
Cavalieri's most important work, Geometria, discusses a point as having no dimensions, a line as being made up of a infinite series of points, a plane an infinite number of lines and a solid as an infinite number of planes.

Using this app students learn about his amazing life. It includes introductory information about mathematics. We hope that this app will inspire students to pursue careers in math. Students will enjoy using this graphically illustrated, interactive learning tool. The timeline feature presents key events in the life of Cavalieri. Tapping on timeline points will bring up descriptions of historically significant events in the history of mathematics and the role that Cavalieri played. A quiz function helps students demonstrate their comprehension of the reading material. Key concepts of both math and science are shown in colorful illustrations. We hope this app will inspire students to study math. The app shows that Bonaventura Cavalieri certainly deserves the place he has earned in the history of mathematics. 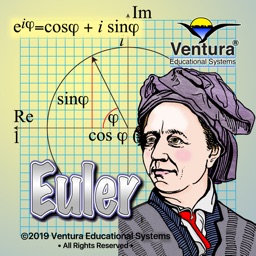 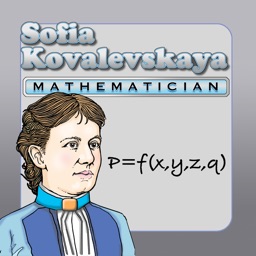 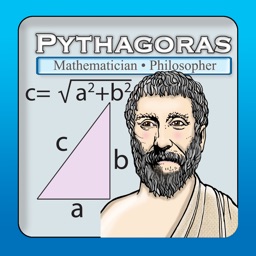 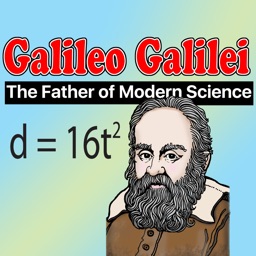 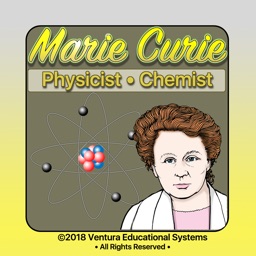