Boxing Manager, the second in our game series and successor to the highly-acclaimed and best-selling World Title Boxing Manager. 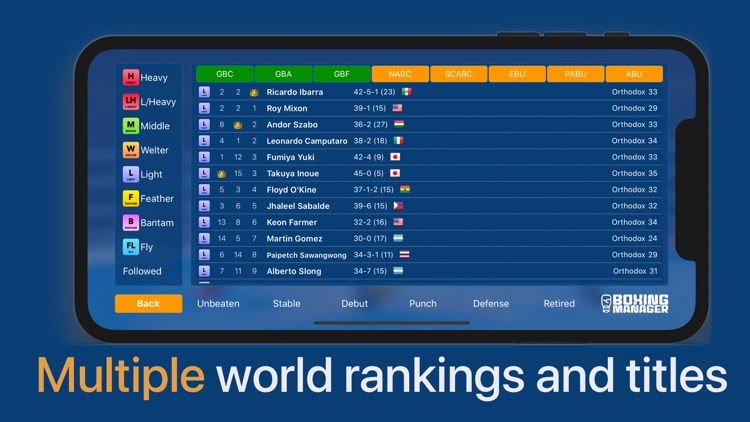 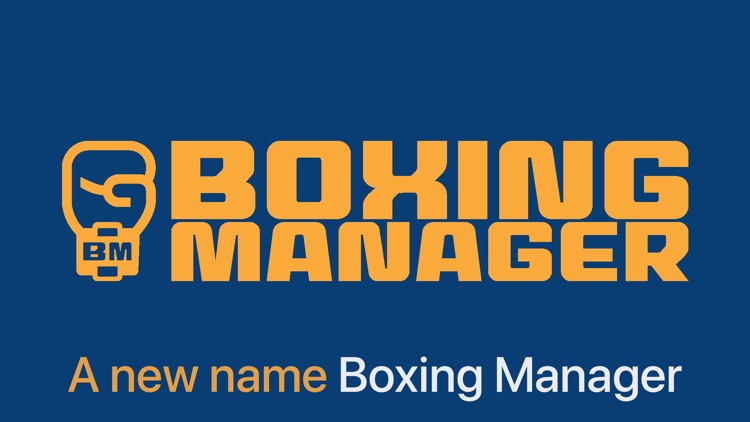 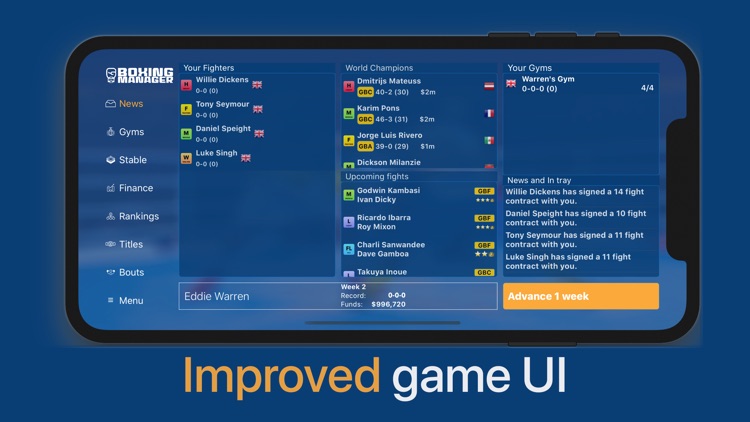 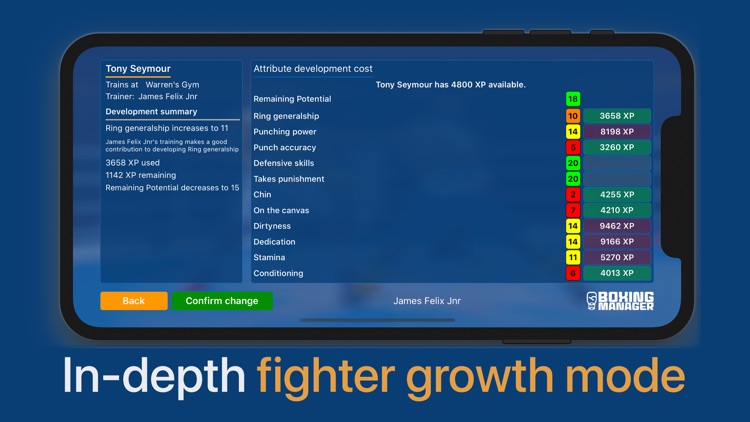 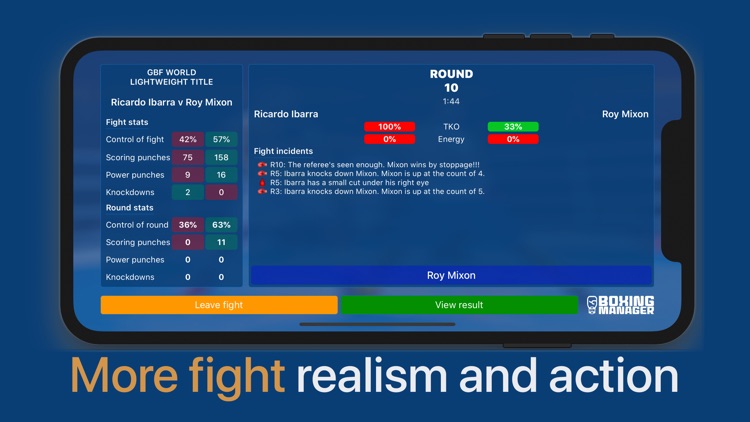 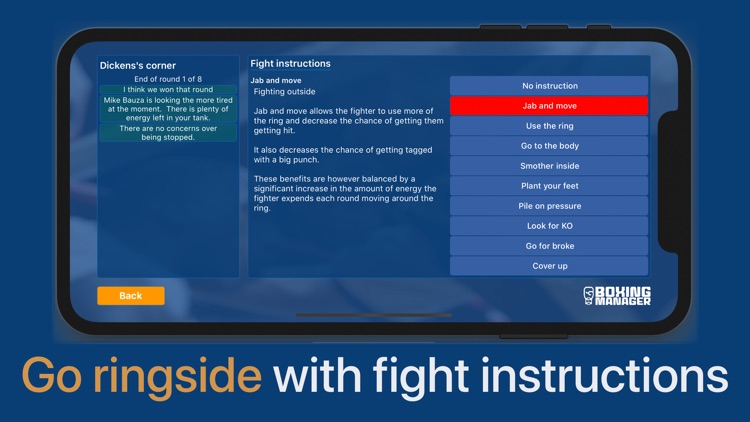 Boxing Manager, the second in our game series and successor to the highly-acclaimed and best-selling World Title Boxing Manager.


Boxing Manager lets you develop an unknown group of fighters and gym and scale the heights of world championship Boxing, anytime and anywhere.

Across the traditional weight divisions from Heavyweight to Flyweight and with fighters from across the world of boxing, can you write your name into the history books as one of the top boxing minds of the age?

Building gyms, hiring trainers, signing the right fighters, finding the right opponent for them, setting the right training plan, to managing their corner and strategy on fight night, the next page of boxing history is yours to turn.

Working exclusively on iPhone on iOS, you can get the most detailed and authentic, yet quick-playing boxing management game ever created.

PLAY IN A MASSIVE FIGHTER UNIVERSE
With over 3,000 unique boxers in every game world, managers have the pick of a vast range of fighters of different weights, nationalities and abilities.

FIGHT VIEW
Be in the corner for your stable fighter’s bouts. Can you use the time between rounds to make the difference between winning and losing and provide your guy with the right instructions.


FIGHTER GROWTH
As your fighters win they acquire experience to convert into attribute improvements. Now shape the direction of your fighter’s career in ever closer details.

TRAINING
Take even greater control of your fighter than in previous versions by configuring custom training plans as they attempt to climb the ratings.

STABLE AND FIGHTER STRATEGIES
Control the size and shape of your stable and gym. Find the right opponents for each of your fighters.

INTUITIVE USER INTERFACE
Designed uniquely for iPhone, we are constantly fine tuning the experience to make the most usable boxing manager game ever created.

IN GAME NEWS AND INTRAY
Stay abreast with both your stable and fighter news as well as the ups and downs in the Boxing Manager game world with the in-game news system. Whether there’s a big heavyweight title fight been made, or one of your fighters wants you to arrange their next fight our in-game, the news system keeps you up to date.

MATCHMAKER
Using the unique Matchmaker function, plot a course for your fighters from the bottom of the rankings all the way through to the world title.

CONTRACT NEGOTIATION
Build your reputation and approach any of the fighters in the game with custom contract negotiation and our in-game fighter contract trading system. Sign your fighters at the right price and watch your profits grow as you develop their ranking and box office appeal.

MONTHLY RANKINGS
See where your fighters stand and what it will take to climb through the three world rankings and five regional rankings. 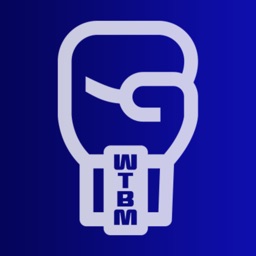 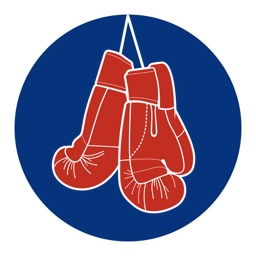 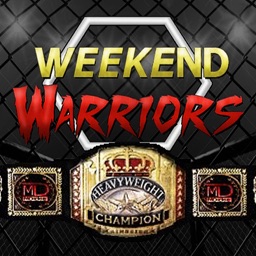 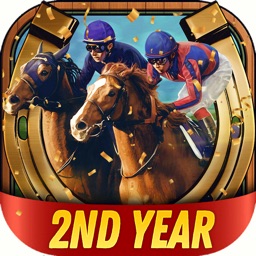 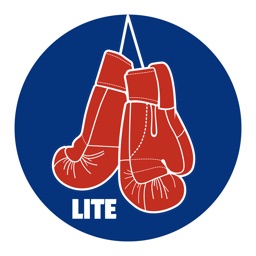 Studio Industrial Ltd
Nothing found :(
Try something else