Bricolage is a powerful special-effects toolbox for tricking out your photos and movies like the Hollywood pros do. Pipe your video through a chain of basic effects, each processing the picture in a different way. With over 150 to choose from it is easy to create completely unique looks and effects. 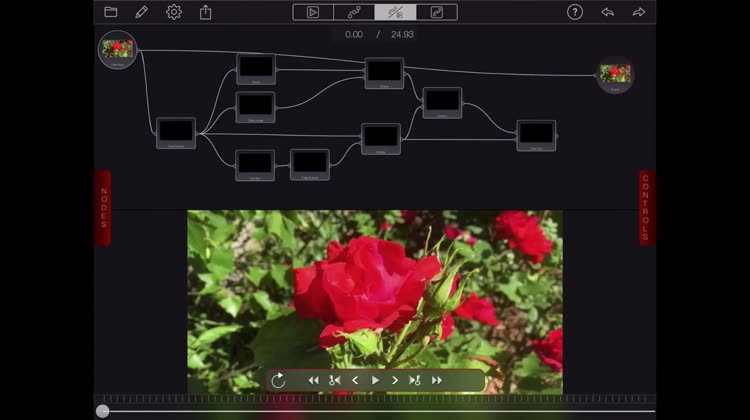 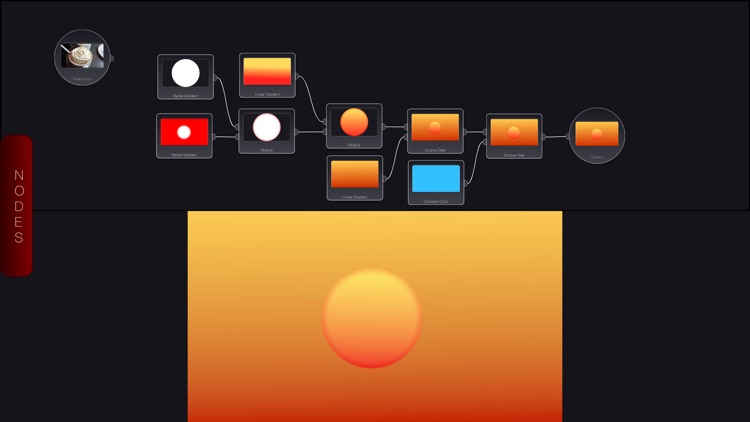 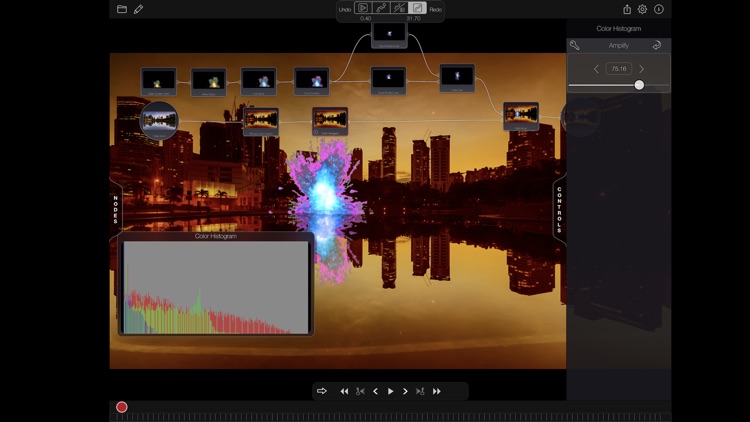 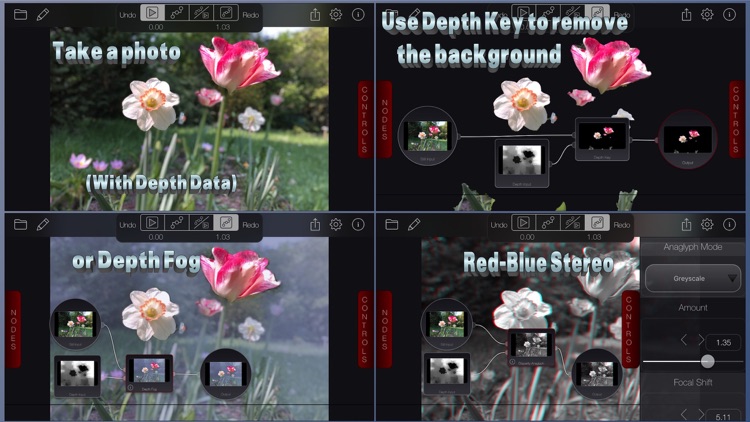 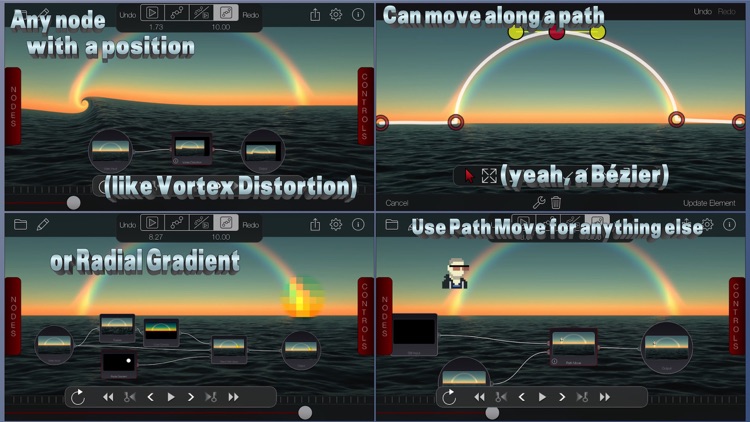 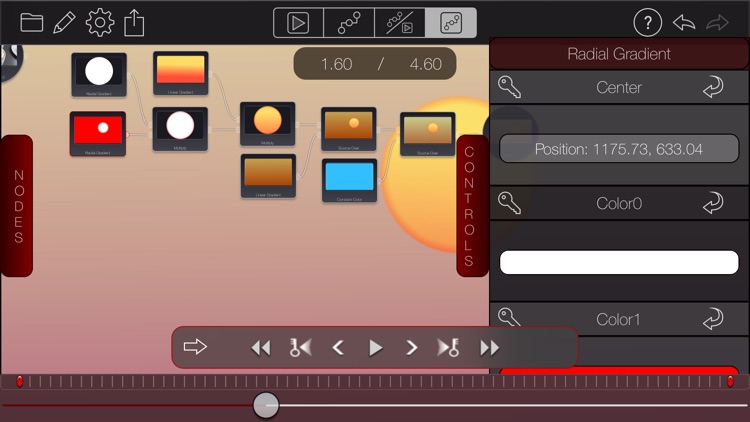 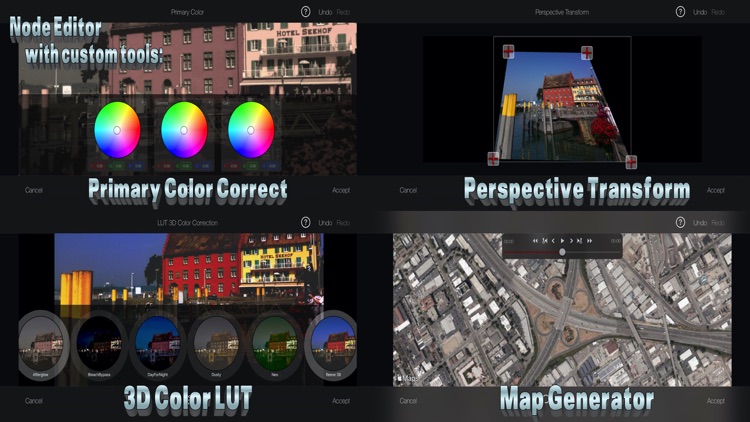 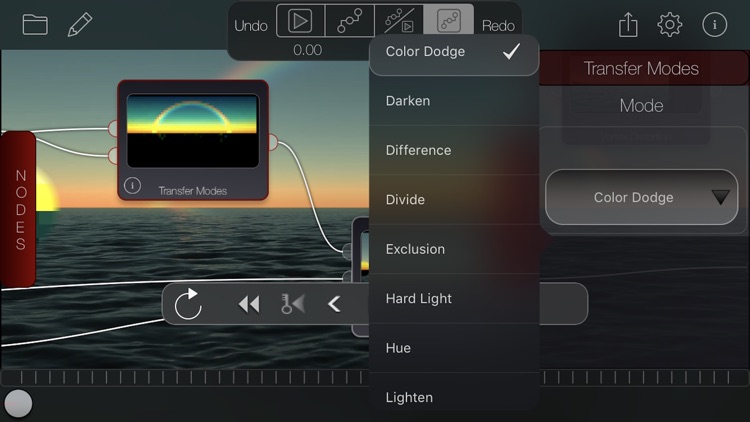 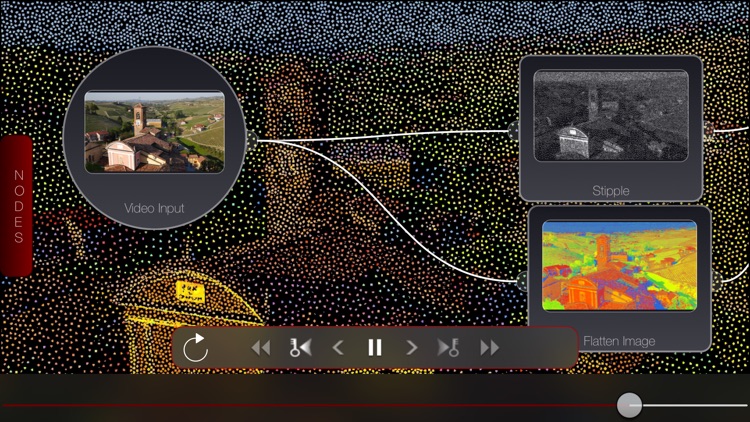 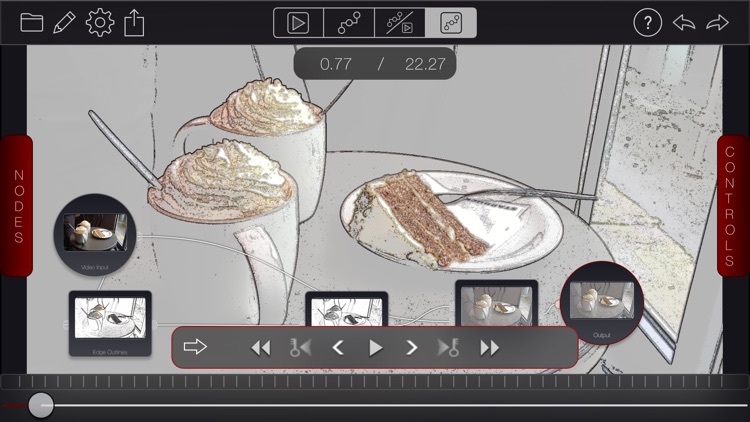 Bricolage is a powerful special-effects toolbox for tricking out your photos and movies like the Hollywood pros do. Pipe your video through a chain of basic effects, each processing the picture in a different way. With over 150 to choose from it is easy to create completely unique looks and effects.

Mix multiple images and animate special effects to give your videos the finishing touches they need, from subtle regional color correction or exposure adjustment, to wild cartoon colors or funhouse-mirror distortions.
Just bring in a video (or photo!) and drop effects between the input and the output. Bricolage takes advantage of the powerful graphics hardware in your iPad or iPhone to deliver smooth playback and responsive controls. You can even zoom into your video while it's playing.
And when you've built a great effect, you can save it for reuse with other projects.

Bricolage uses the industry-standard technique known as 'node-based compositing' to build complex effects from a chain of simple building blocks. You'll combine different layers using photoshop-style blending modes or black & white masks. Make different versions of an image and combine them back together to blur or darken the edges of an image, or selectively recolor the sky or ground. Use animated transitions to switch video streams or overlay text and graphics. Cut out shapes from pictures using Bezier curves. Apply image distortions and move them around the video, or use Apple's Face Recognition technology to mark or cover faces detected in your video. Place, scale and animate video overlays or shapes and gradients. Process your shots to look like a desert, or add film grain and a vintage photo process. You can even add titles or overlay time code on your movies.

Bricolage uses custom Metal programs to process HD video in real time directly on the graphics processor. Node-based compositing used to require a powerful desktop computer, now Bricolage puts it in the palm of your hand. If you have an older device, don't worry, Bricolage offers half- and quarter-resolution 'proxy' modes, so you can get a preview of most effects with responsive controls even at HD, while still producing a full-resolution movie.

Despite its great power, Bricolage is quite simple to use. Just build a chain of effects for your images to flow through from the inputs to the output. Drag effect nodes to 'kiss' the output of one to the input of another to form a connection. Or press and hold a link to insert a new node in the middle. With a zooming, scrolling canvas, you can organize your flows the way you like. Immediate feedback in the nodes makes it easy to experiment, while the full-screen node editor lets you perfect a single effect with enhanced tools.

Get it for $12.99 in the App Store
Disclaimer:
AppAdvice does not own this application and only provides images and links contained in the iTunes Search API, to help our users find the best apps to download. If you are the developer of this app and would like your information removed, please send a request to takedown@appadvice.com and your information will be removed. 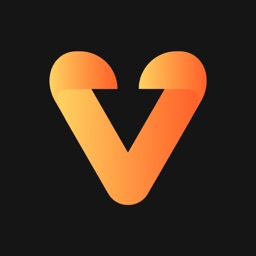 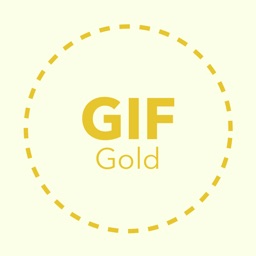 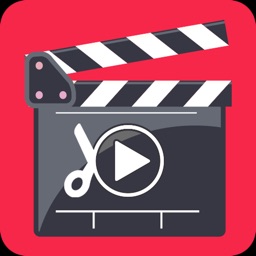 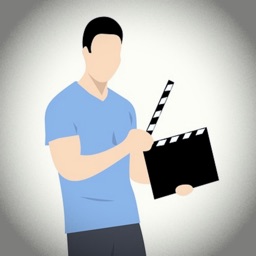 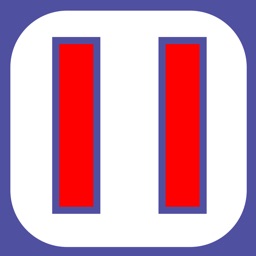 Eric Worrall
Nothing found :(
Try something else