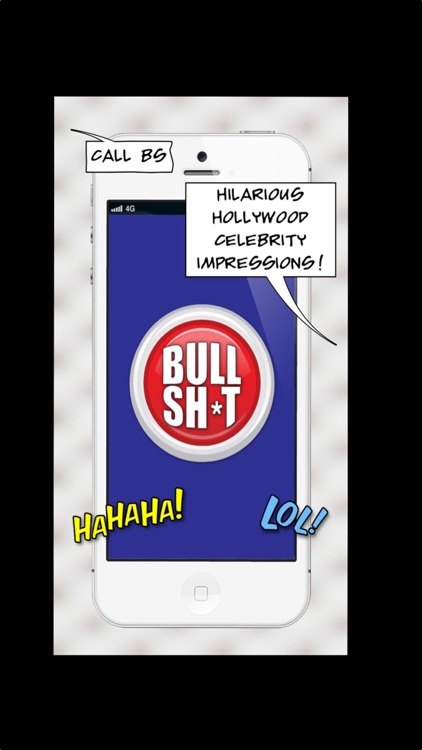 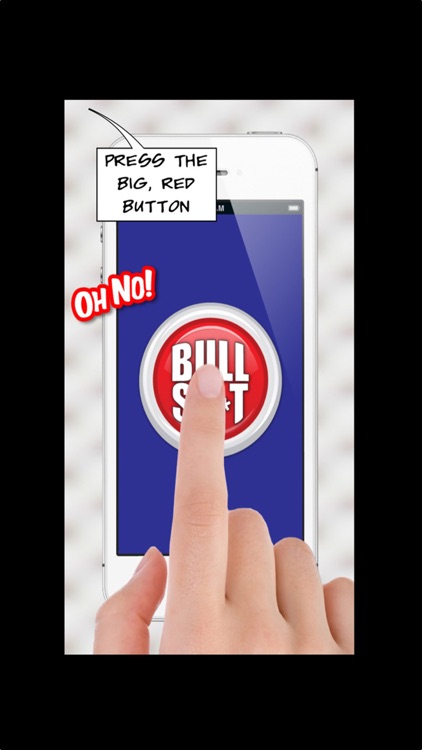 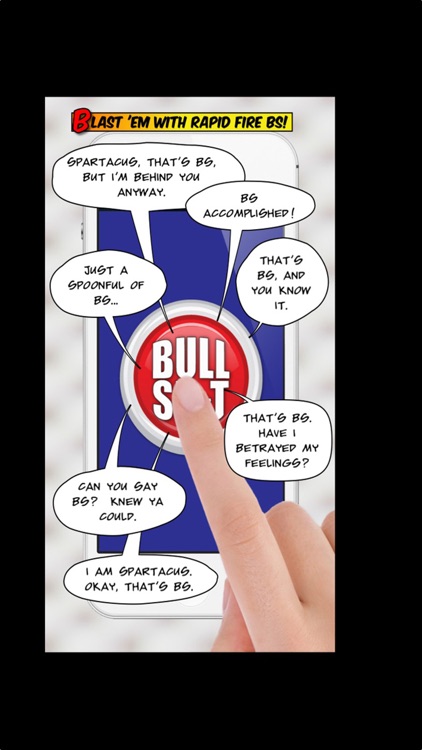 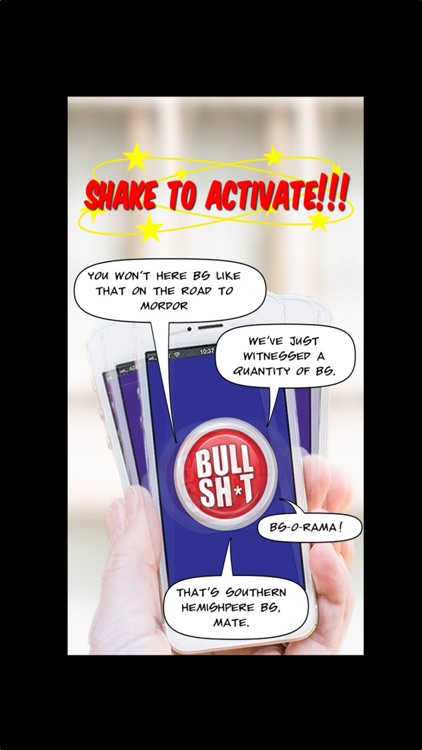 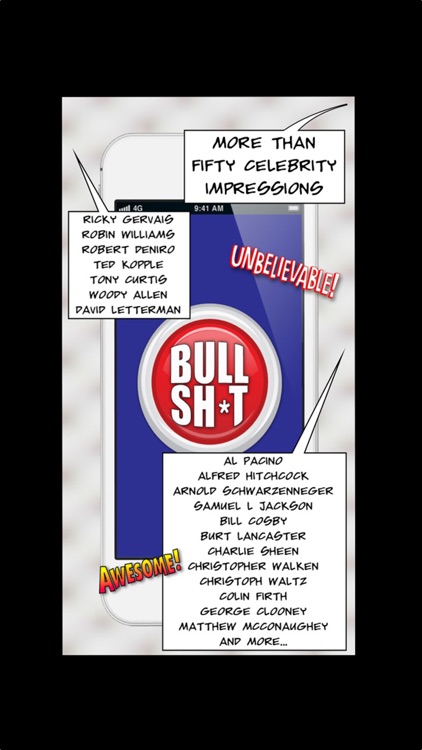 • Press the big, red button, and call BS in hilarious ways.
• Rapid Fire (Press for 3-4 seconds, and play every phrase!)
• Shake to activate.
• Record your own sounds.
• Activate & rearrange sounds.

Did you know that TS Eliot coined the word "bullshit" in a poem he wrote to Wyndam Lewis back in 1915? Yes, the poem is called "Bullshit." Little do most people know they're quoting one of the greats every time they call bs.

Every Sound package is packed with witty celebrity impressions:

Jim Meskimen does many of your favorite Hollywood leading men in this hilarious assortment sure to silence the most talented BS slingers.

Our newest and naughtiest BS package. Extra strength and not politically correct. Sure to get some attention and even more laughs.

Lots of Hollywood celebrity impressions from Jim Meskimen. Even a few women are in this package.

The stars are out to call BS.

We've rolled out the red carpet, and the stars have come out to call it in style.

Whether you're a fan of Burt Lancaster, Tony Curtis, Jimmy Stewart or anyone else in this line up doesn't really matter. The impressions are precise, and the phrases are rich and memorable.

You'll know all of these voices. A wacky arsenal of BS callers.

A little about Jim Meskimen:

Jim is a comedic powerhouse and a joy to work with. He has brought considerable energy, creativity, and hilarity to our family of apps, and more are on the way! He was a regular on the UK's Whose Line is it Anyway and is now appearing on NBC's Parks and Recreation. He recently appeared on America's Got Talent hosted by Howie Mandel and Howard Stern.

We're so happy to have him on board. 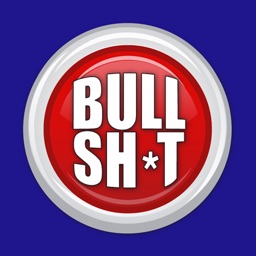 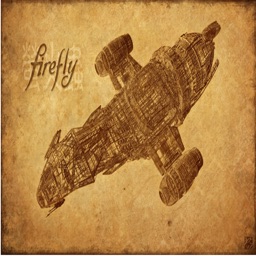 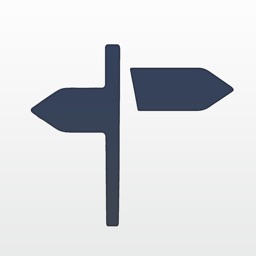 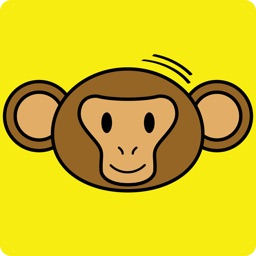 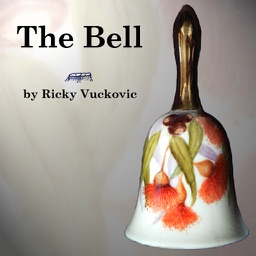 Ricky Vuckovic
Nothing found :(
Try something else