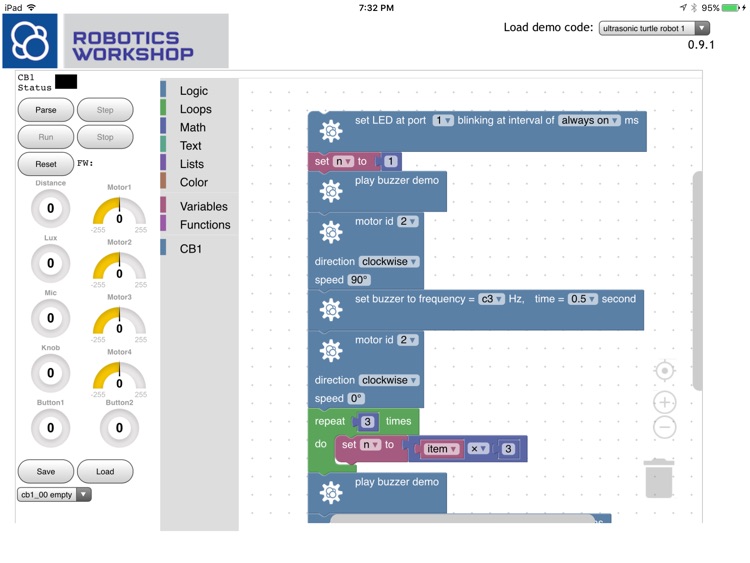 For use with the engineering kit “Robotics Workshop” by Thames & Kosmos

CB1 Blockly is a visual programming app based on Blockly. It allows you to write programs to control the robots you build with the Robotics Workshop kit. You can write visual programs with drag-and-drop code blocks in the app and then send the programs to the CB1 core controller on your robot models to make the motors turn, the buzzer sound, and the LEDs flash. You can write programs that use sensor input from the light sensor, sound sensor, distance (ultrasonic) sensor, and touch sensors to command your robots to interact with their environments.

App Features
• Connect to your models via Bluetooth connection.
• Programming mode lets you script and save up to 20 programs.
• Ten demo programs are preloaded to work specifically with the ten robot models in the kit.
• A simple, visual programming language lets you use input data from two touch sensors, distance (ultrasonic) sensor, light sensor, sound sensor, and variable resistor knob to control four motors, 2 LEDs, and speaker.
• Use the 64-page, step-by-step illustrated manual included in the kit to learn how to build the models and write the programs. 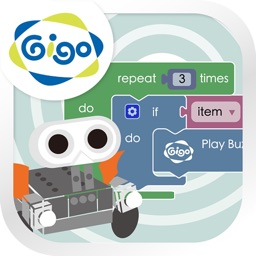 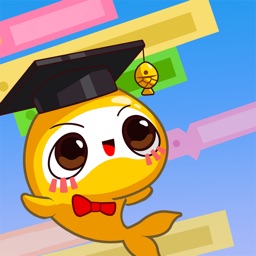 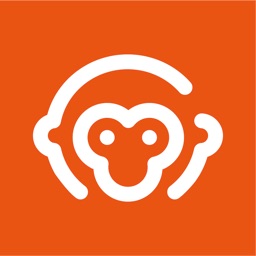 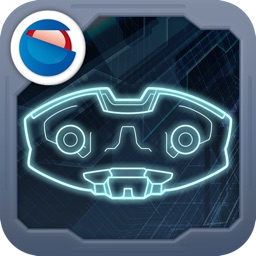 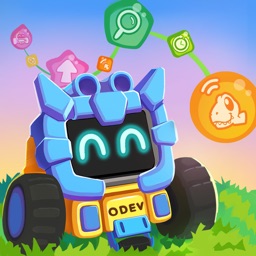 北京今朝勇创科技有限公司
Nothing found :(
Try something else