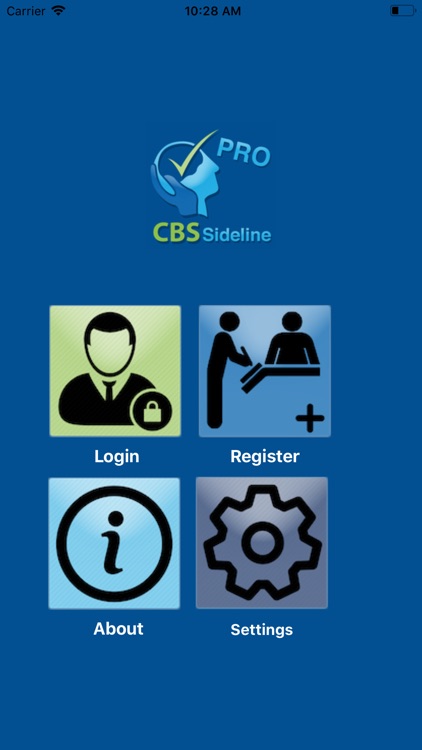 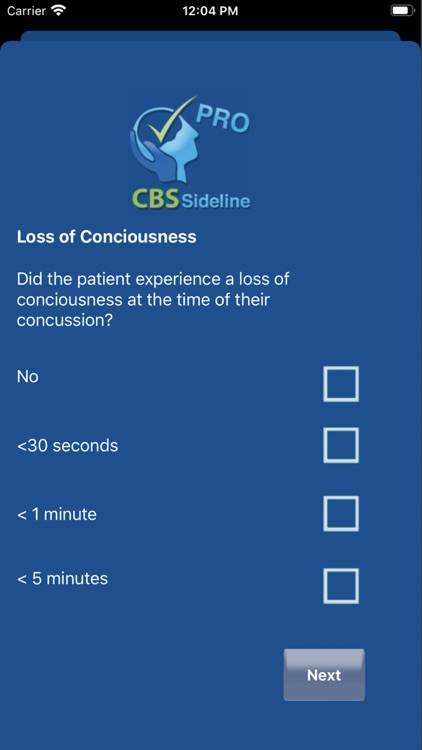 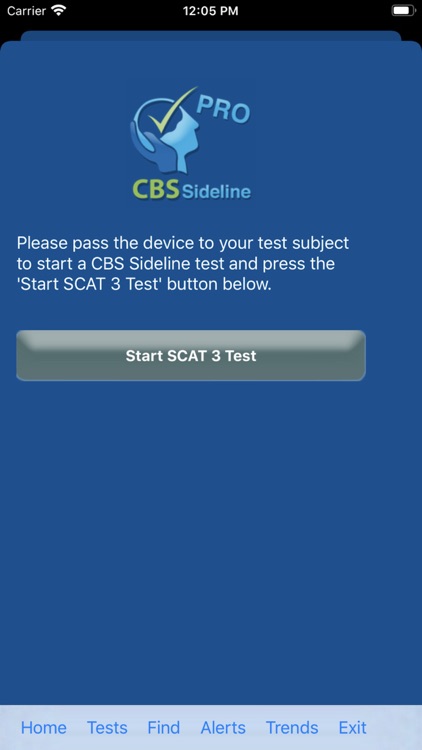 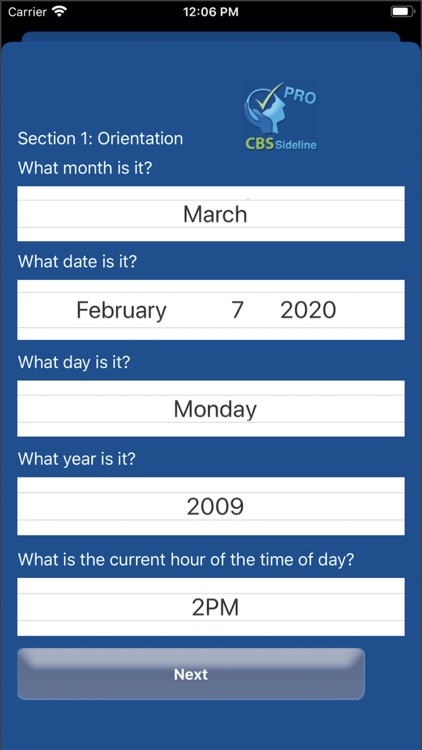 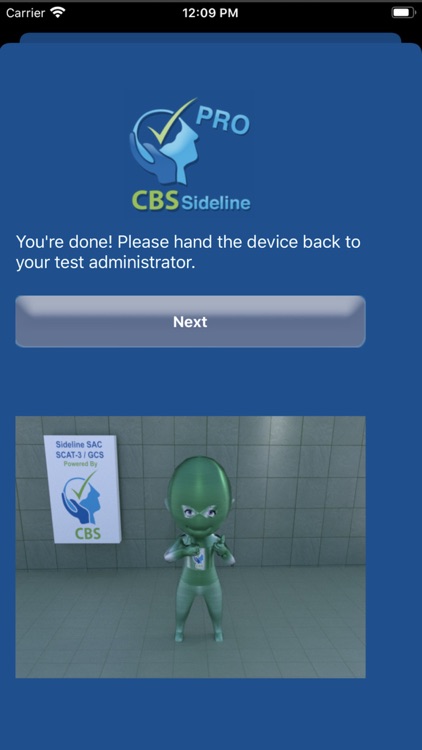 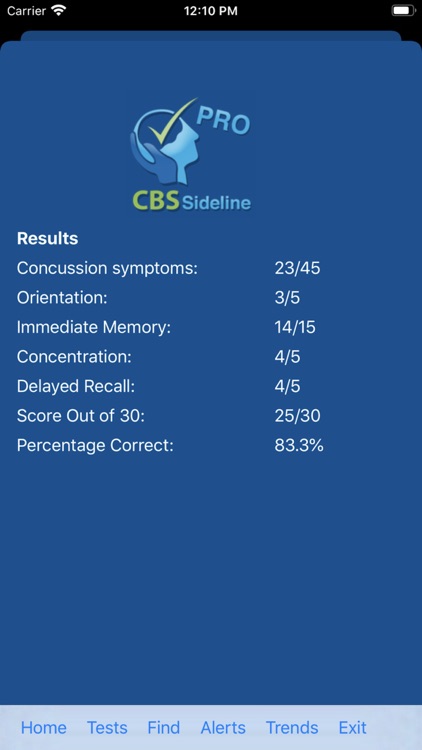 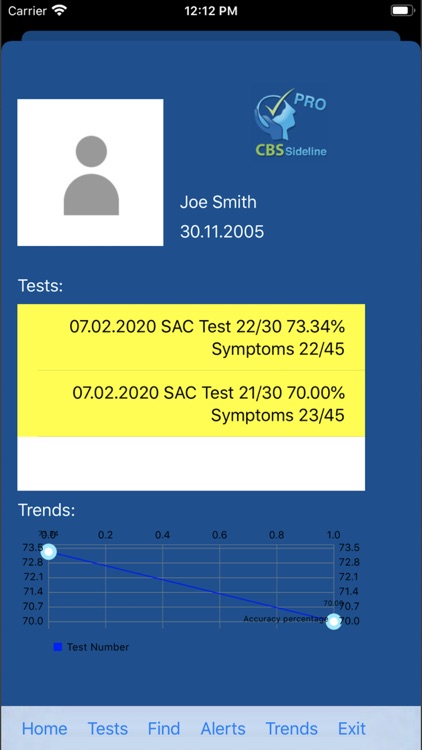 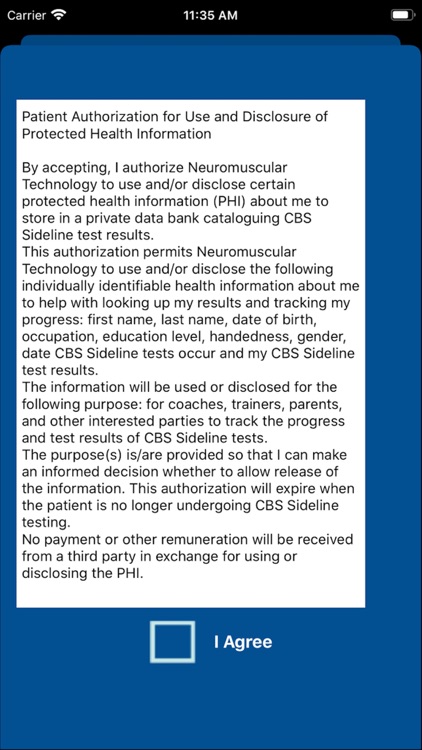 To start testing with this app please purchase a yearly, auto-renewing subscription that offers unlimited subjects and tests.

Recent studies have shown that the use of the SAC has value in helping sports medicine professionals in detecting and quantifying acute cognitive impairment on the sports sideline, particularly in identifying concussions in the 90 to 95% of cases where there is no loss of consciousness or other obvious signs of concussion.

Concussed players have been shown to perform significantly worse than baseline. The 2013 American Academy of Neurology concussion guidelines state that the SAC is "likely to identify the presence of concussion in the early stages post-injury."

The CBS Sideline Pro app is designed for rapid concussion evaluation on the sidelines. Like other brief neuropsychological test batteries that assess attention and memory function. SAC is not meant to replace comprehensive neuropsychological testing or used as a stand-alone tool for diagnose concussions, measure recovery, or make decisions about an athlete's readiness to return to competition after concussion.

A highly specific symptoms questionaire is also included in the app to assist with detecting concussions and making the best return to play decisions possible.

It is also important to remember that symptoms of concussion may not appear until several hours, or even days, after injury with delayed onset of symptoms particularly common among younger athletes.

This is especially true because some symptoms, especially in the neurobehavioral category (sleeping more than usual, drowsiness, fatigue and nervousness) are often missed or not apparent on an a sideline or initial assessment, or, may be more attributed to other conditions, such as stress, depression, or anxiety. 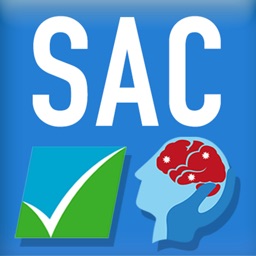 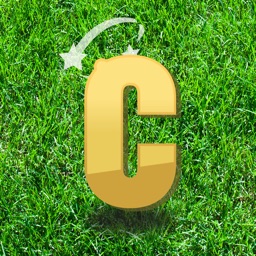 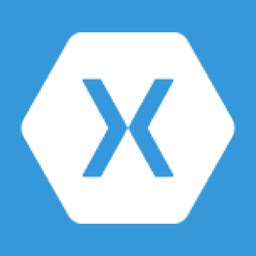 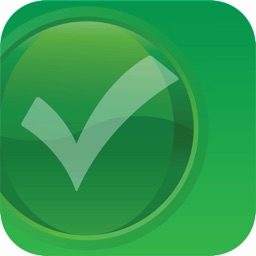 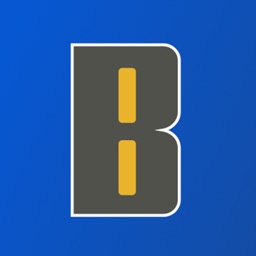