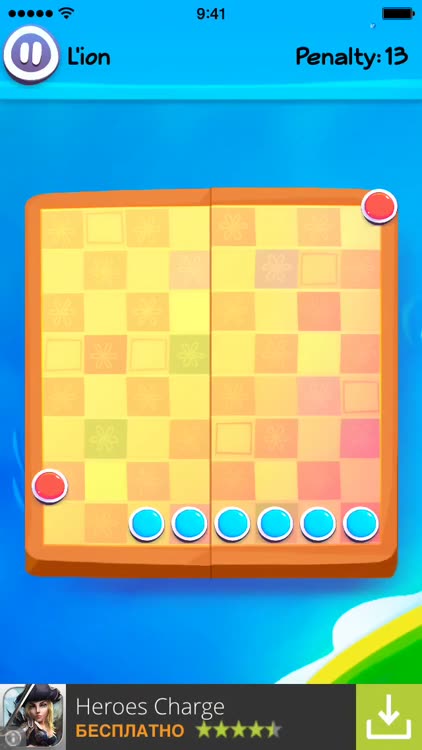 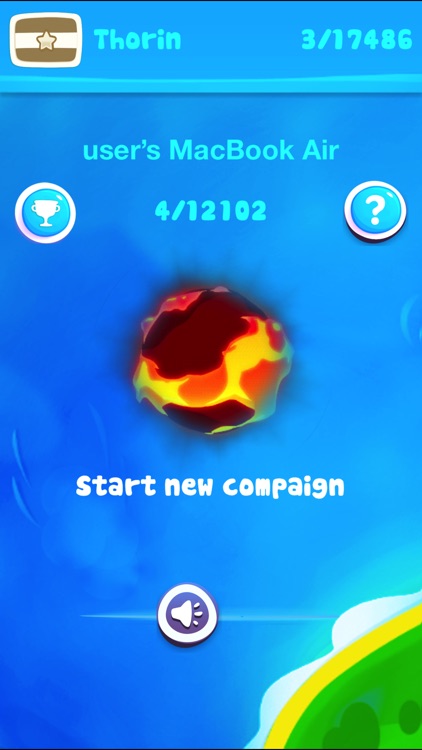 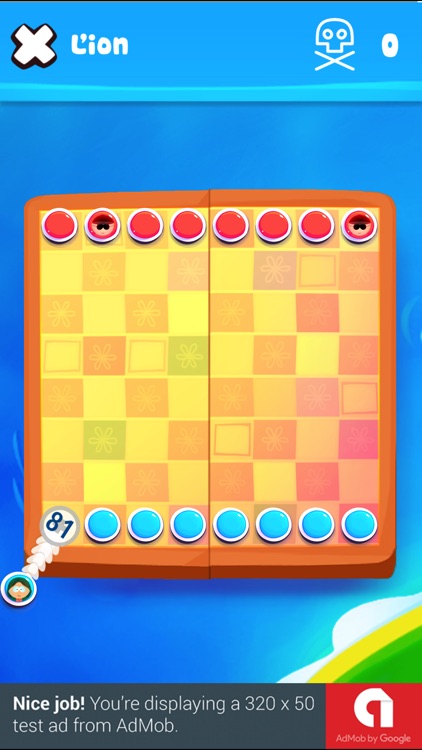 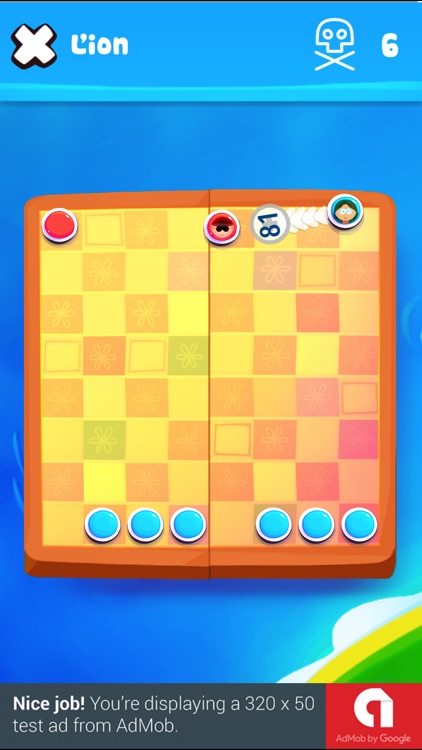 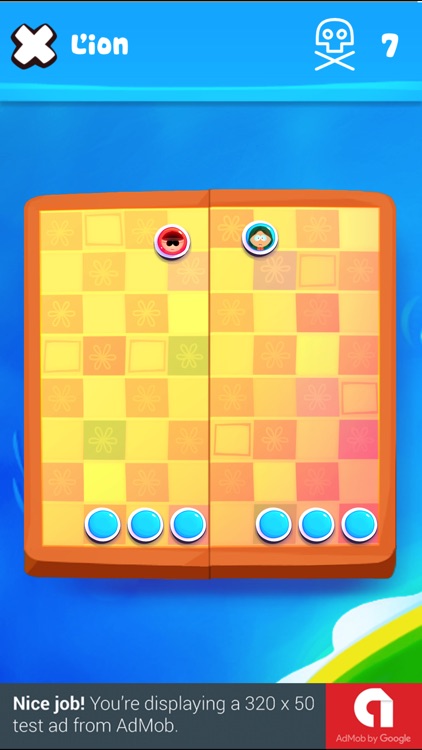 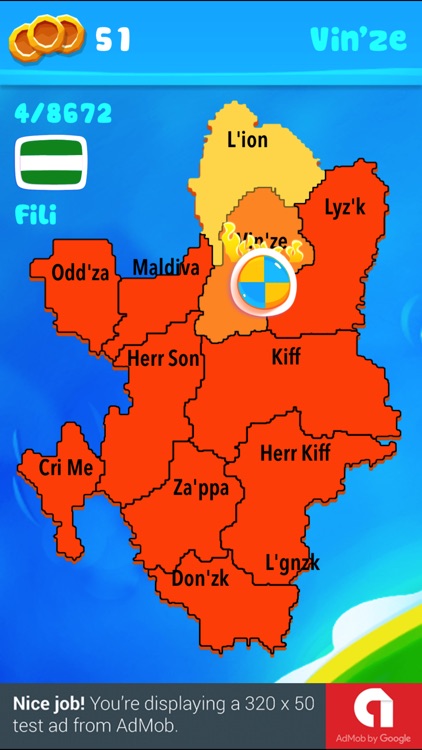 Look video for how to play
http://www.youtube.com/watch?v=yY_1CE1t974

Two players take turns to try knocking the opponent's checkers off the board, while keeping own on the checkerboard.
When your turn is announced, touch any of your checkers and pull it aside. When you release your finger, the checker will fly in the opposite direction.
The round ends when on the checkerboard remain checkers of only one color. First turn in the next round belongs to the winner in the previous round.
For complete victory you have to win 7 battles in the open field, cross, tanks, ships, and the fortress of the rival. 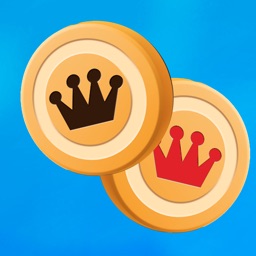 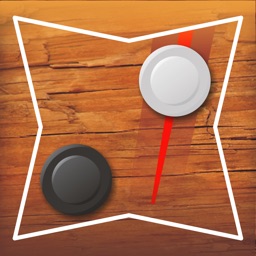 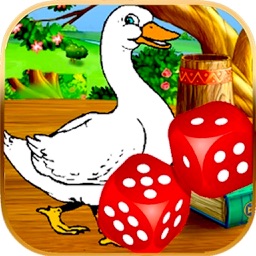 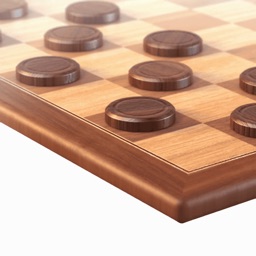 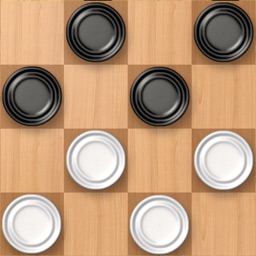 R-Soft
Nothing found :(
Try something else