• CHOPIN IN YOUR POCKET (Free Version) 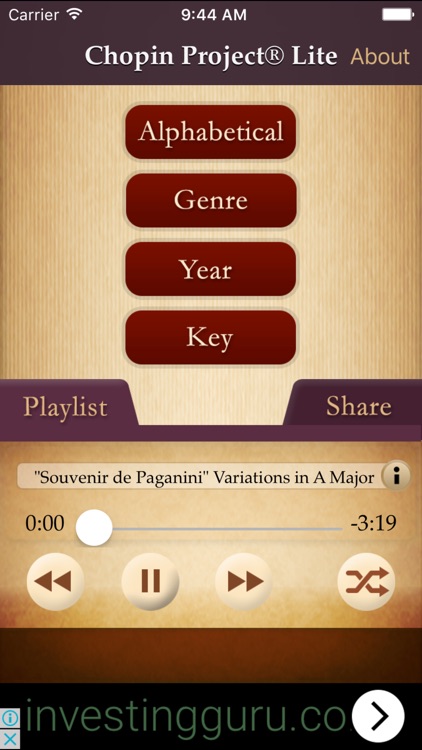 A changing assortment of rich and captivating titles culled from the full and growing discography of the Chopin Project® Listening Library.

This App is a musical aperitif to stimulate a more complete enjoyment of the genius of Fryderyk Chopin in the continuing global celebration of his life and legacy.

This App may be upgraded to Chopin Project 2 which will grow to more than 225 titles, representing Chopin's complete repertory including chamber works and songs. The full version is a wonderful and intentional value now boasting more than 4 hours (growing to 14 hours) of the most beloved, romantic and magical piano music in the world.

These Rarities and Favorites are played by internationally acclaimed Chopin Project artists and will usher you into the magical world of Fryderyk Chopin and the poetry of his compositions for the piano.

This App is for people who love Chopin:

• Upgrade to an expanding library of the most romantic music ever composed
• Rarities and Favorites
• Internationally acclaimed performers
• Easy to use search and sort features
• Create Playlists by genre, key, date of composition
• Sharing functionality
• Background Play
• Chopin Project exclusives
• Feedback function (to improve your experience) 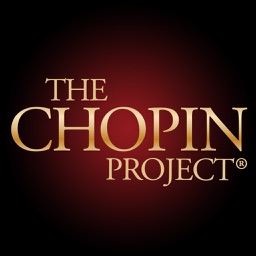 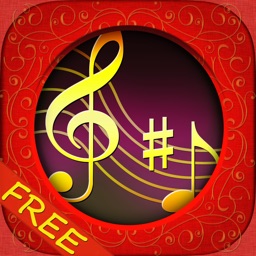 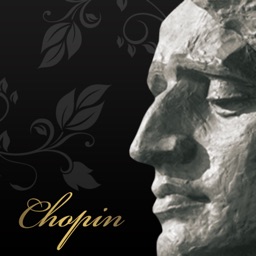 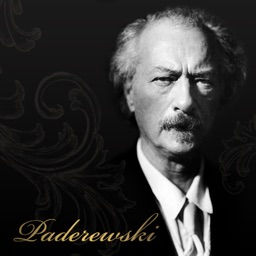 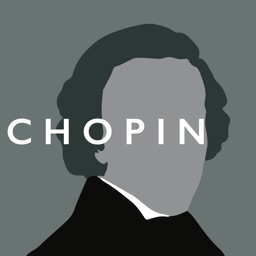 Zininworks Inc.
Nothing found :(
Try something else