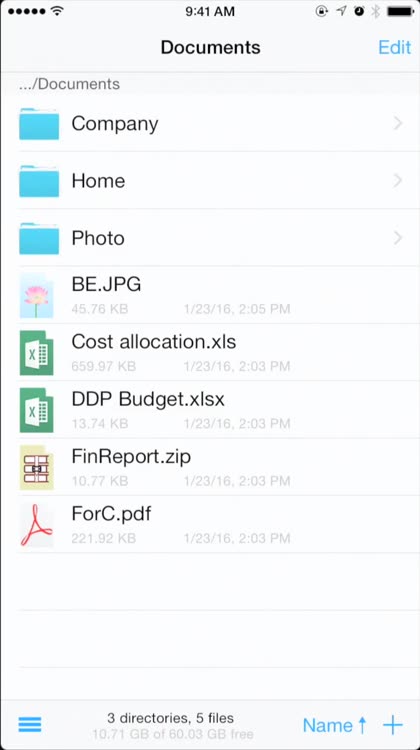 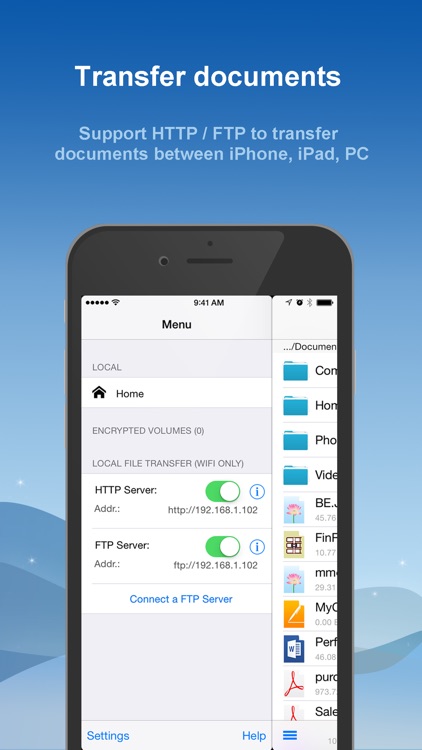 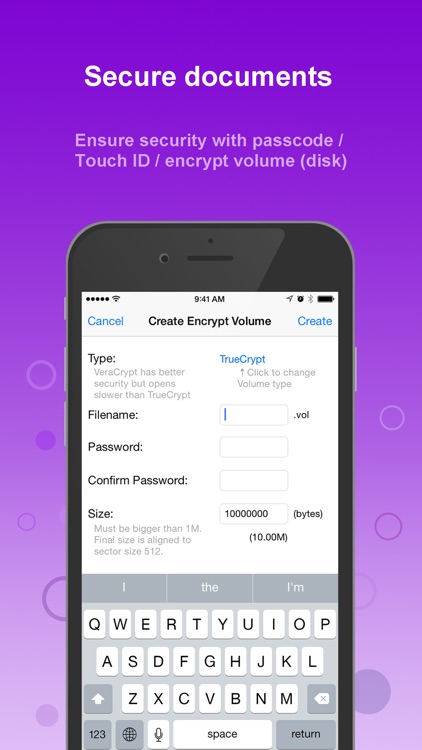 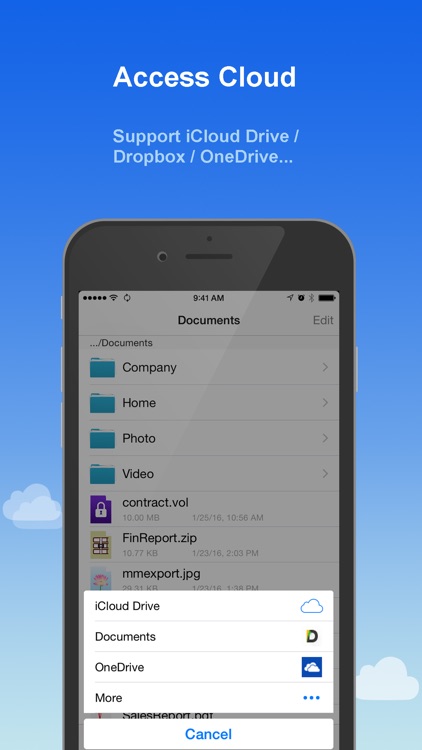 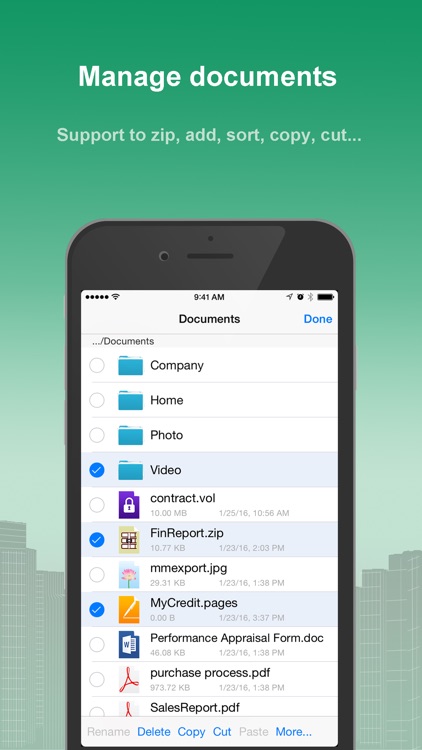 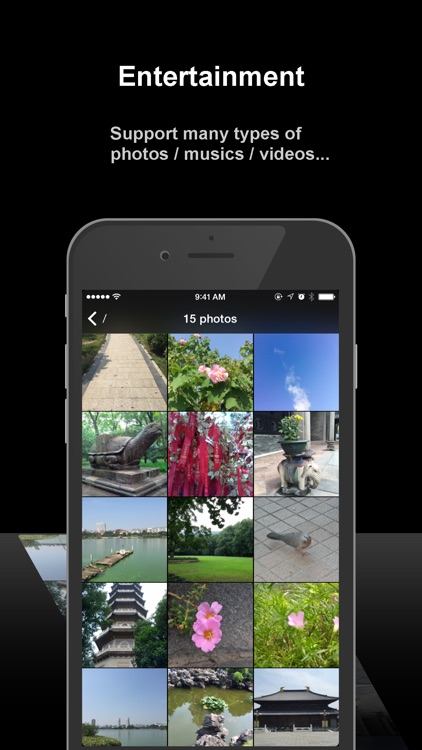 【General file management 】(available both inside and outside of encrypted disks):
1. Support to view files natively supported by iOS, like JPG, MOV, PDF, Office files, and iWorks files. Support to play most video files that haven't been natively supported by iOS like mkv, flv, mp4, avi, wmv, rm, rmvb, ogv, and 3gp.
2. Support to view and edit text files.
3. Support general file operations like copy, paste, and rename.
4. Support to unarchive ZIP and RAR files. Support to create ZIP files.
5. Import files from and export files to other Apps (including Apps like Dropbox, Box, OneDrive etc.) on the same device.
6. Import files from and export files to Document Providers (including iCloud Drive, Dropbox, Box, and Apps that support to be Document Providers like the Documents App). iOS 8 only.
7. File transfer (across iOS devices, Mac, and PC). In addition to general iTune based file transfer, the App supports HTTP file transfer, FTP file transfer (the App can act as FTP server or FTP client, and the FTP server supports to resume download), and AirDrop file transfer.

On you Mac or PC, you could use either Truecrypt 7.1a or VeraCrypt1.0f to open encrypted disk files, which could be downloaded from http://www.truecrypt71a.com/download, https://veracrypt.codeplex.com 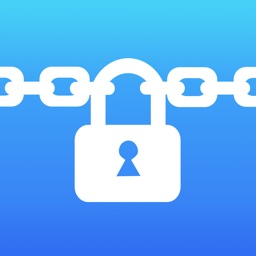 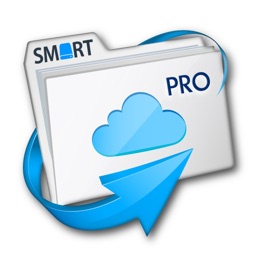 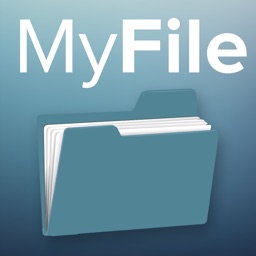 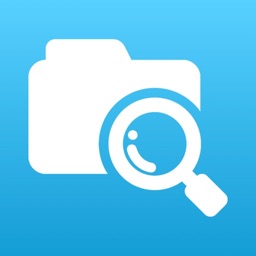 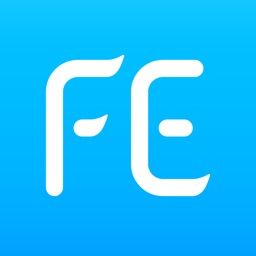 Skyjos Co., Ltd.
Nothing found :(
Try something else