The popular roguelike narrative card game is making its way to the App Store. 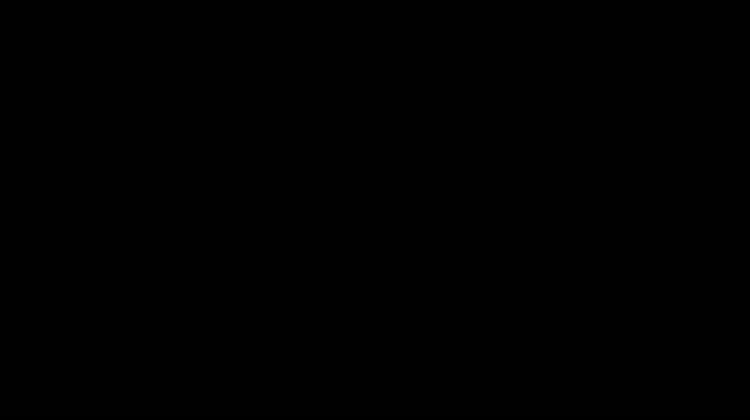 Set in the 1920s, players will create a cult dedicated to the Red Grail, Witch-and-Sister, or Forge of Days. 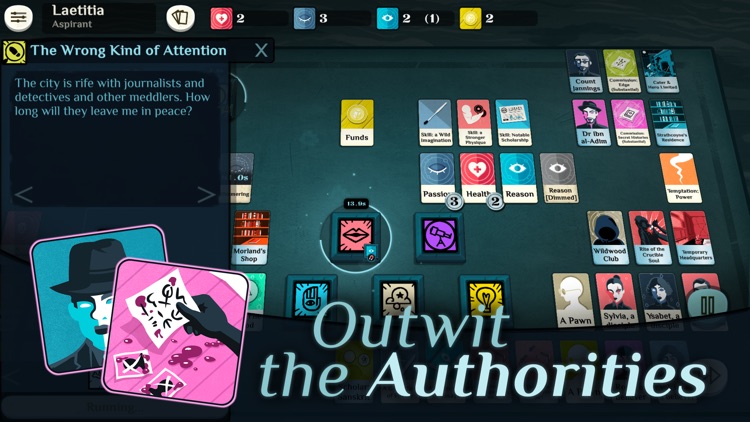 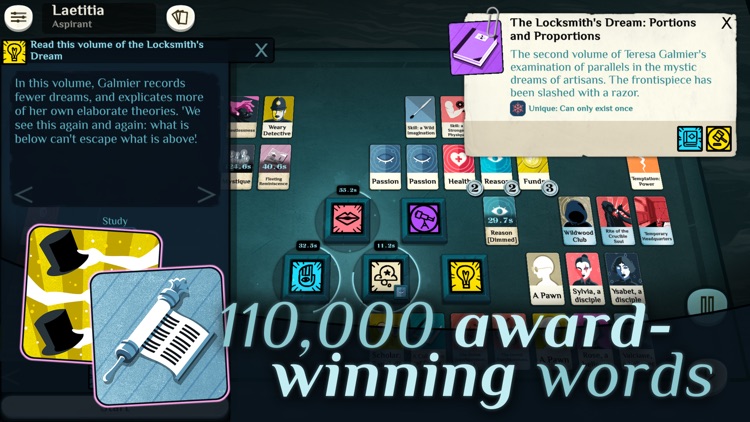 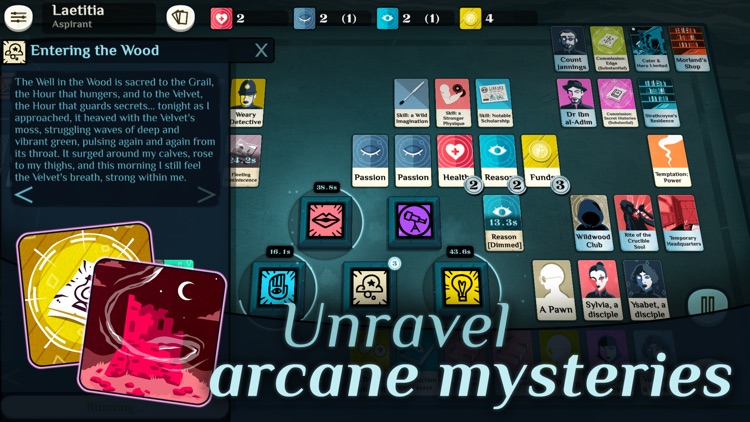 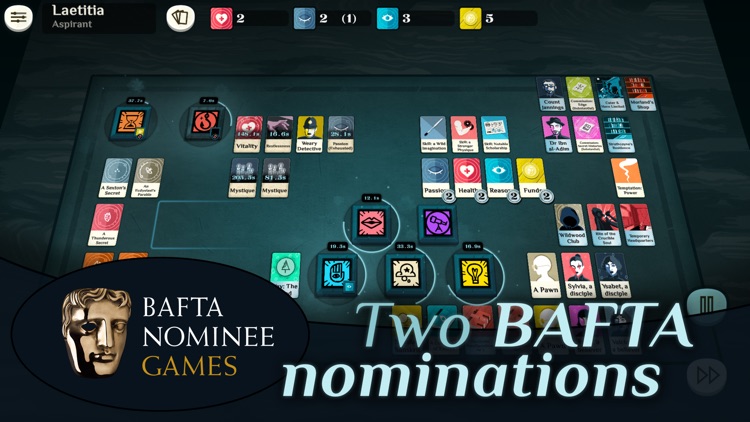 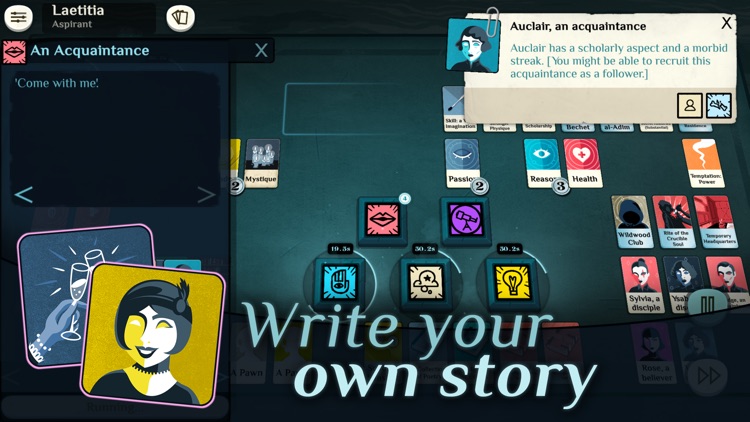 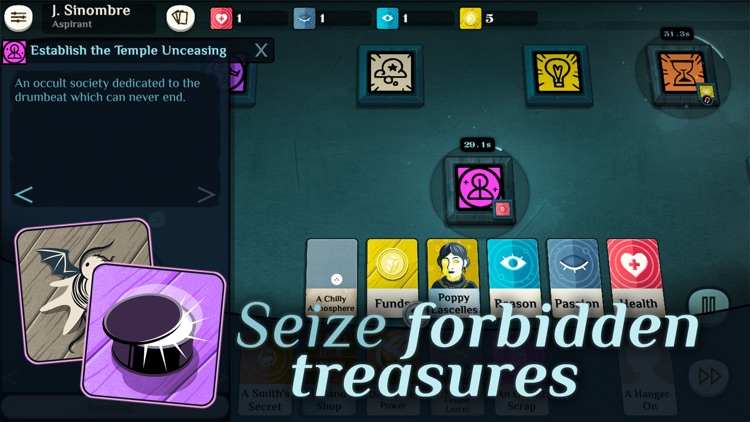 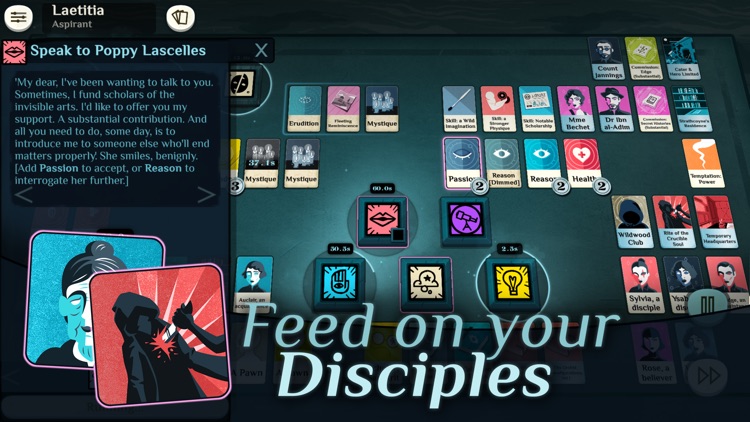 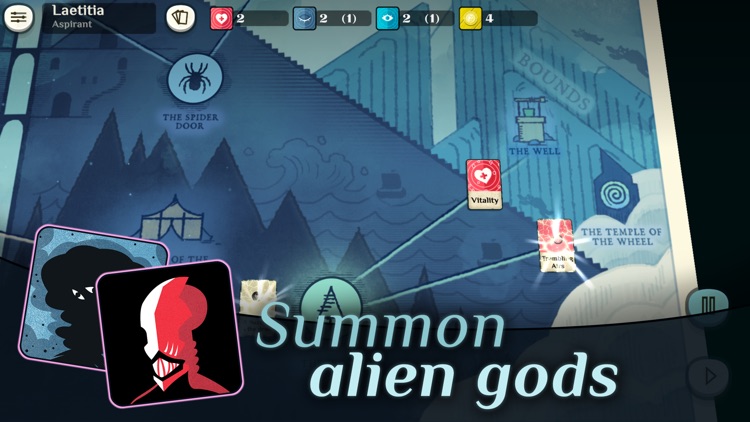 BE WARNED. This game has no tutorial - part of the challenge is figuring out how to play. It's hard, but keep trying, and you'll master it. Good luck!

In this infamous roguelike narrative card game, play as a seeker after unholy mysteries in a 1920s-themed setting of hidden gods and secret histories. Become a scholar of the unseen arts. Craft tools and summon spirits. Indoctrinate innocents. Seize your place as the herald of a new age.

• Challenging roguelike gameplay - There is never only one history.
Cultist Simulator doesn’t hold your hand. Experiment, expire and transcend death with a story-driven legacy system. Over time you’ll learn enough to wrestle the game to its knees.

• Intense, immersive narrative – Combine cards to tell your own story.
A hefty novel’s worth of choice-based storytelling, from the creator of Fallen London and Sunless Sea. There are many paths through this game of ambition, appetite and abomination, and many ways your tale can end.

• A rich Lovecraftian world – Corrupt your friends and consume your enemies.
Search your dreams for sanity-twisting rituals. Translate grimoires and glean their lore. Penetrate the realm of the Hours and win a place in their service. Cultist Simulator brings the peripheral horror of Lovecraft’s tales to an entirely new setting.

Expand your knowledge with the DLCs: New Legacies, New Ascensions, New Mechanics...
• The Dancer - Join the Bacchanal
• The Priest - Knock, and Ye Shall Be Opened
• The Ghoul - Taste of the graveyard's fruit
• The Exile - Some there are who will not yield

If you run into a problem, please contact us at [email protected] with as much information as possible on the issue. 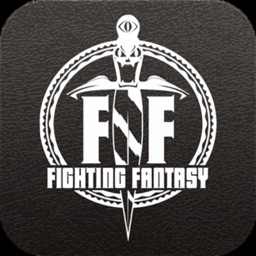 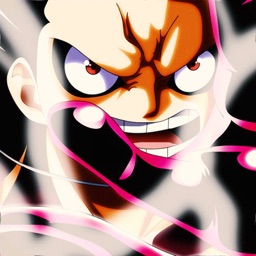 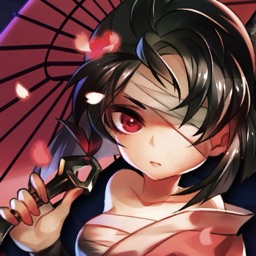 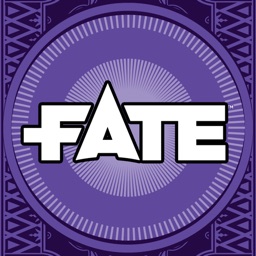 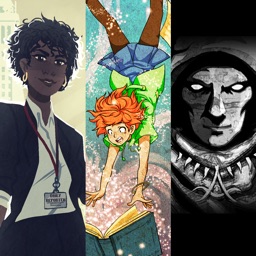