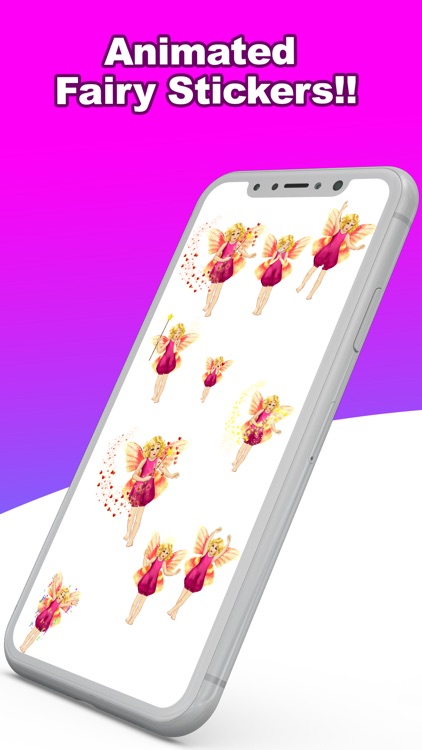 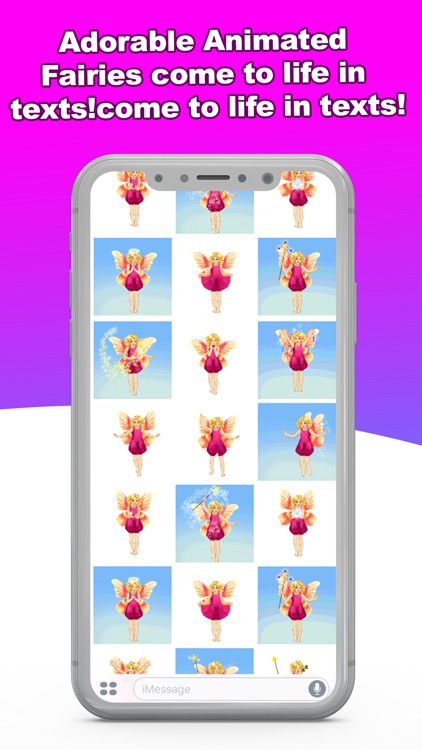 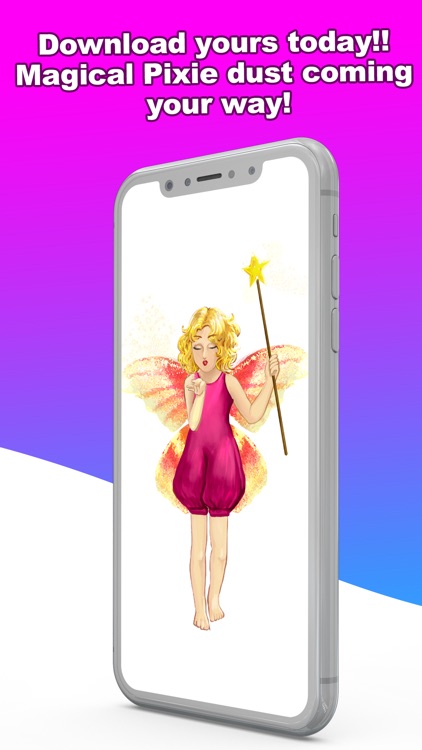 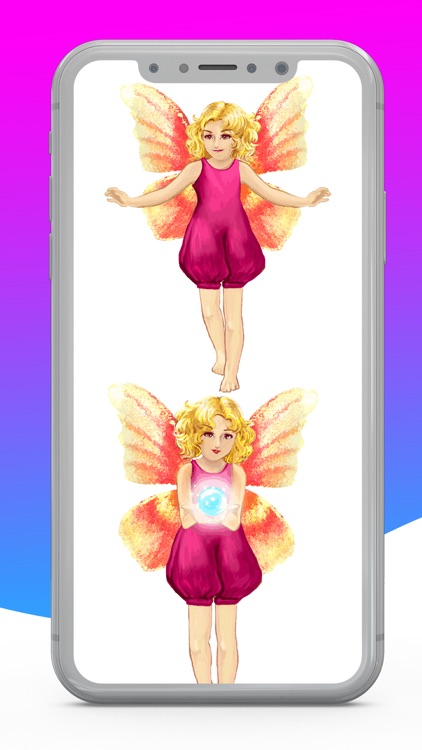 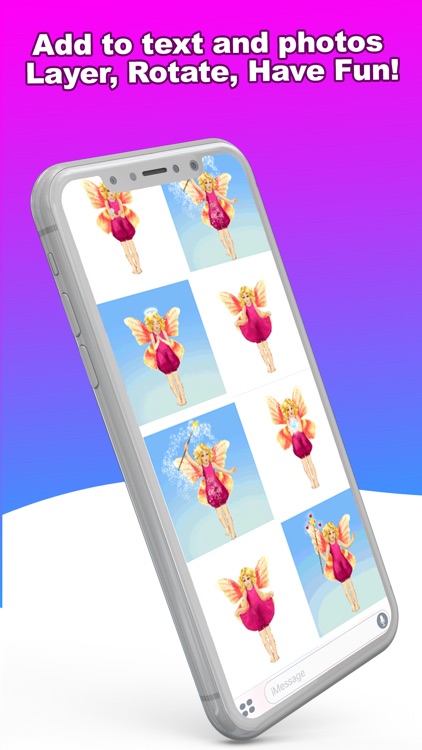 Share Fairy Magic, Joy and Pixie Dust with all of your friends and family!

Send the Fairies in text messages, attach them to photos, attach to other messages, stack them up, resize them, rotate them, opportunities are endless!

HERE'S TO SHARING LOTS MORE FAIRY MAGIC AND PIXIE DUST WITH THE WORLD!!

WHAT YOU WILL RECEIVE IN THIS ANIMATED FAIRY EMOJI STICKER PACK (16 Total):

1) CLICK "BUY" and download: While still in the App Store, tap on the "Manage" tab in the top right. Scroll down the list of apps until you see Fairy Stickers. Click the switch to the right to "on" (green).

HOW TO FIND YOUR FAIRY STICKERS

1) Click on any text Message.
2) Tap on the funny “A” button.
3) Tap on the 4 grey dots in bottom left.
4) Now Tap on "Fairy Stickers" Icon.
5) The Stickers will appear and you can now use your Magical Fairy Animated Emoji Stickers!

1) TO SEND A FAIRY EMOJI STICKER - Tap it, which puts it in the message field. From there, tap the up arrow to send a sticker (same as sending a standard text message or an emoji).

2) TO LAYER, RESIZE AND ROTATE

Your Fairy emoji stickers can be layered/placed over incoming text messages, photos, GIFs, or other stickers!

TO LAYER:
Select the Fairy emoji sticker you want to use. NOW, instead of tapping it, place a finger on the sticker and drag it up to the messages window.

Drag and drop the emoji sticker to where you want to place it on a message bubble, photo, or existing sticker.

When LAYERING, stickers must be placed on content that has already been sent not while composing a message. Layering is a means of replying. Put as many fairy sticker emojis as you like on a photo or an existing sticker.

Stickers are resized or rotated before they're placed.

To make sticker emojis bigger or smaller, as you drag the Fairy Emoji Sticker up to the messages where you want to place them, add another finger to the screen and use pinch gesture to expand or contract them.

Rotating emoji stickers is done in the same way as resizing. As you hold a sticker above the spot you want to place it, before placing it, use two fingers to twist it around (I found it is easiest to hold it with a finger on one hand and rotate with a finger on the other hand), to how you want it to look. Make sure not to let go when rotating or resizing, as removing your finger releases the sticker and it can no longer be edited.

DOWNLOAD YOURS AND HAVE LOTS OF FUN STICKING THEM TODAY!! 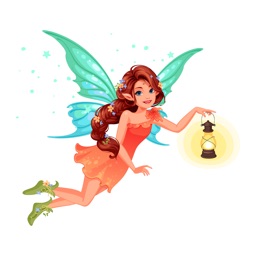 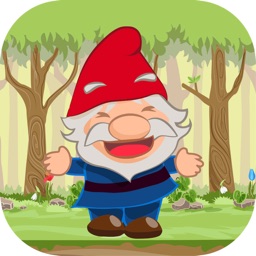 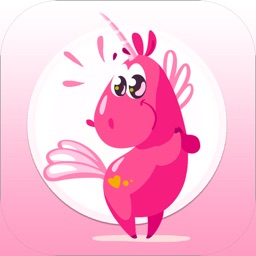 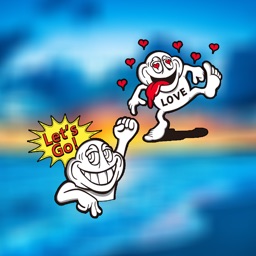 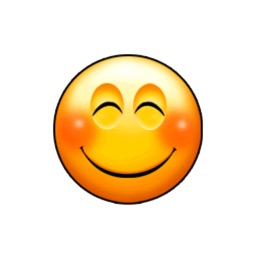 Khoi Lai
Nothing found :(
Try something else