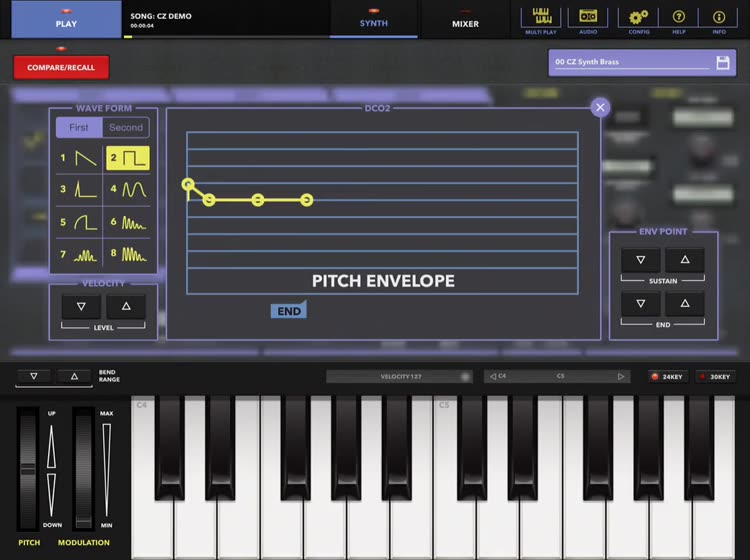 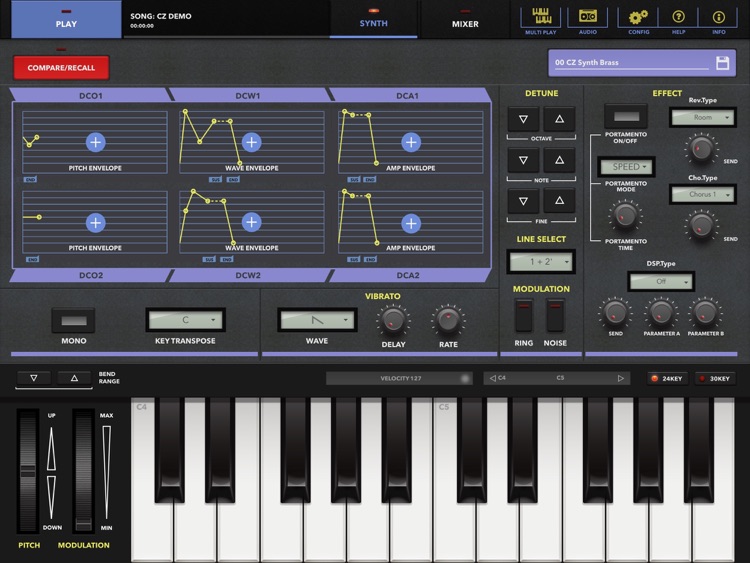 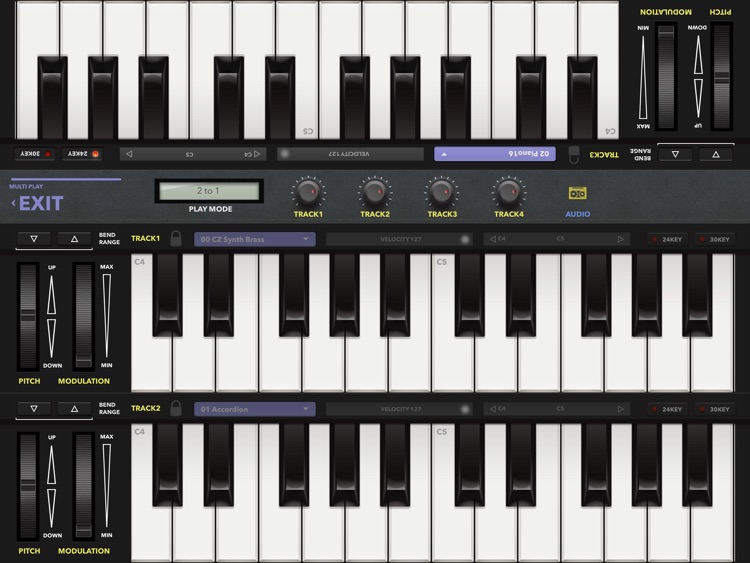 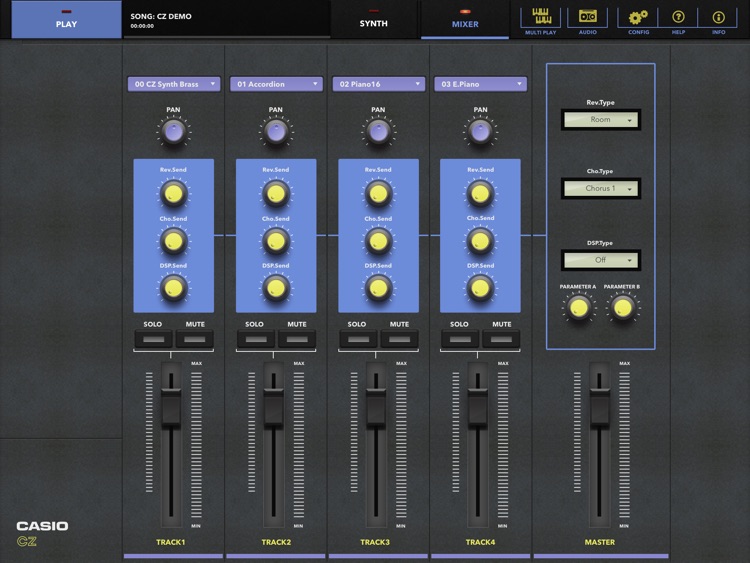 This app reproduces the functionality of Casio’s best-selling CZ-series models, such as the CZ-101 (first released in 1984), and also includes new functions.
Featuring a built-in 4-part PD (phase distortion) sound source, its 36 waveforms are capable of generating an extensive and diverse range of sounds. The created tones can also be played on MIDI-compatible instruments.

======The PD sound source system========
Phase Distortion (PD) works by distorting a sine wave when it is read so that various different waveforms are produced.At the time, it was a ground-breaking system for generating waveforms other than simple sine waves. In the CZ series, 8 basic waveforms were generated by the PD sound source, with pairs of those 8 waveforms cascaded to provide a total of 33 waveforms.

----- An extensive parameter set to allow richly varied sound creation -----
Two block configuration systems are provided for each of the DCO, DCW and DCA
・ WAVE FORM (DCO1/DCO2)
Parameters to set basic waveforms. 8 basic waveforms can be selected for each of the 2 sound sources. You can play with a wide range of sounds based on eight basic waveforms and 28 combinations of those basic waveforms—for a total of 36 types of waveforms.
・ KEY FOLLOW
One Key Follow feature (DCW1/DCW2) controls waveforms based on the upper and lower extent of the keyboard's register while the other Key Follow feature (DCA1/DCA2) controls the envelope duration based on the keyboard's register.
・ DETUNE/LINE SELECT
CZ-series synthesizers allowed users to choose from 4 types of line output (1, 2, 1+2 or 1+1) depending on the purpose. Using 2 DCOs allowed the use of detuning to fine-tune the pitch shift in the two systems to within ±4 octaves, which is useful not only in creating a chorus effect, but also for producing sounds with specific harmonics emphasized.
・ RING/NOISE MODULATION
Ring modulation can be used to produce metallic tones that include non-integer harmonics, while noise modulation is effective in creating percussion-like sounds.
・ ENVELOPE GENERATOR
An envelope generator is provided for each DCO, DCW and DCA core block in the two systems, which makes it possible to vary the tuning, tones and volume over time.

-----Multi-play mode combines keyboard layouts to allow new ways of playing
The new performance interface lets you can combine 2, 3 or 4 keyboards, or even flip the layout so that other people can play along with you.

-----MIDI Player-----
It is possible to play by reading the SMF.
The maximum number of MIDI channels is 4. 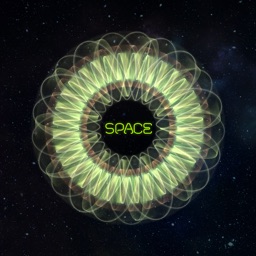 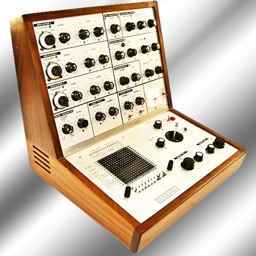 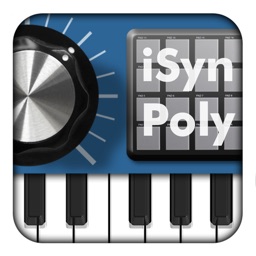 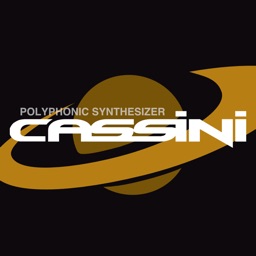 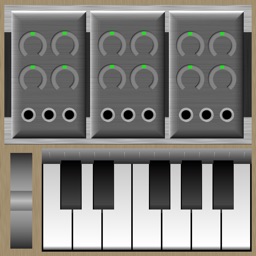 Ryouta Kira
Nothing found :(
Try something else