You are using an outdated browser. Please upgrade your browser to improve your experience.
iPad
$99.99 in the App Store 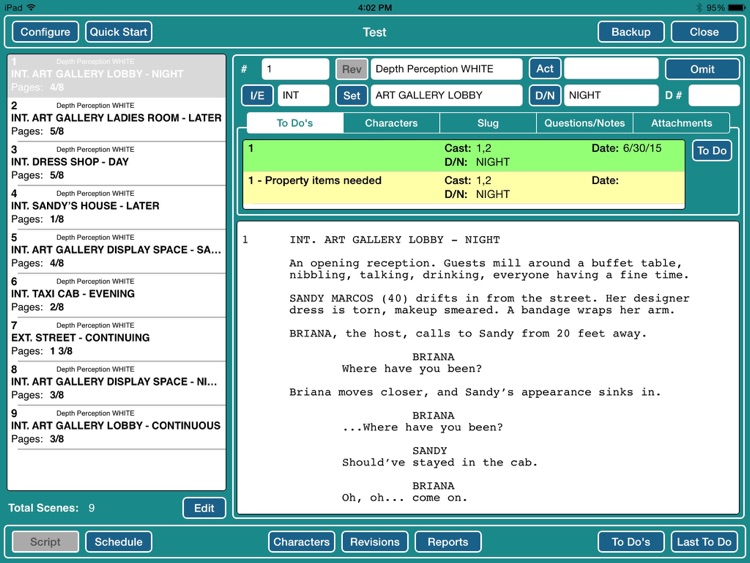 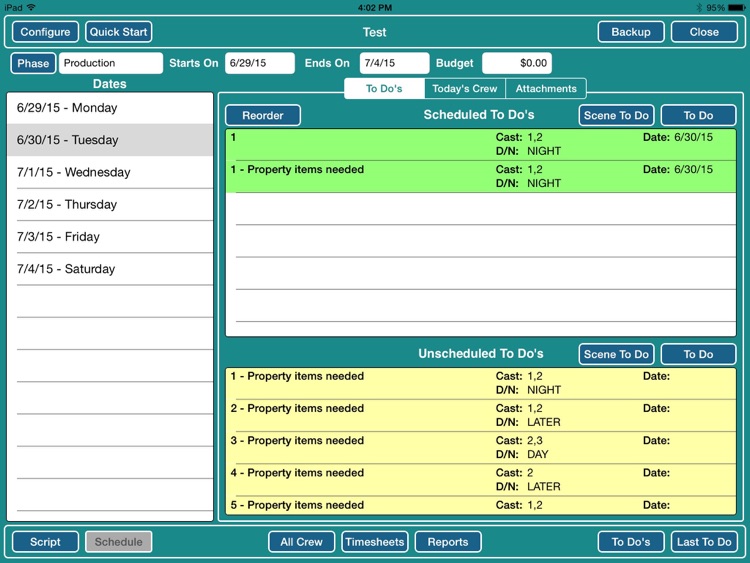 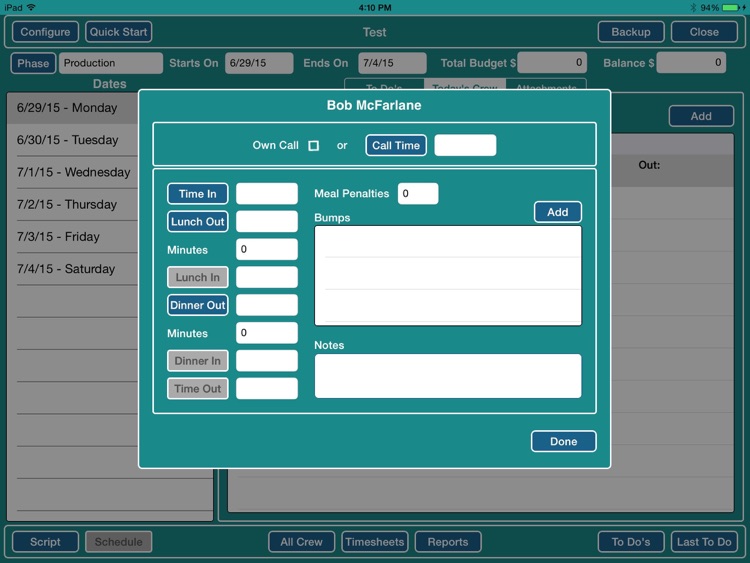 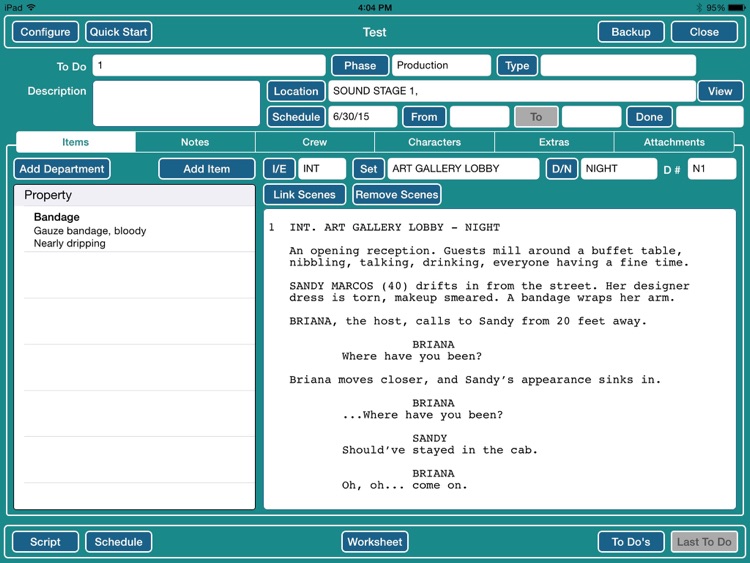 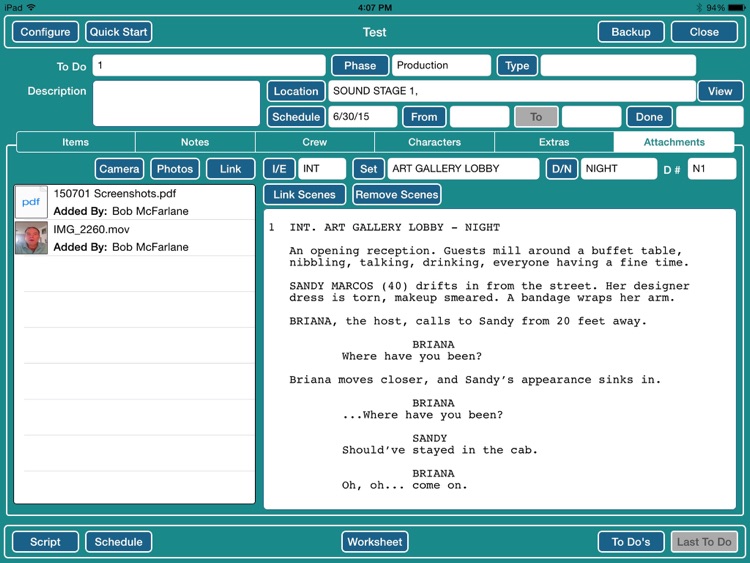 If your work starts with a script — if you attend production meetings or go on location scouts — if you have to track on-set continuity — if you take and store photos of sets or props — if you make shot lists — if you make and track orders, rental, purchases, or repairs — if you run a crew — even if you just track the hours of a crew — then DEPARTMENT HEAD is for you.

DEPARTMENT HEAD allows you to import a script and link all your work to a secure database built from the script. When the script is revised, simply import the revised script and your database adjusts.

Create and distribute breakdowns and budgets; set To-Do’s, store your notes, photos, reference videos, links or other attachments all in one place — all from one App — DEPARTMENT HEAD.

DEPARTMENT HEAD puts it all at your fingertips. Store your breakdowns, contacts, reference photos, schedules, old scripts — all your work for a film or even for an entire season of a TV show, all on one iPAD.

DEPARTMENT HEAD allow users to create a database by either importing a properly formatted Final Draft and Screenwriter script or by manually adding scene fields. Once Department Head creates the database, users can begin breaking down the script creating budgets and schedules and so much more.

FUNCTIONALITY OVER-VIEW:
* make and distribute breakdowns and budgets
* make and link your work to pre-production, production and post production calendars
* take and store on-set continuity stills
* make and schedule to-dos while you are breaking down your script
* create shot lists
* store blueprints, storyboards, or other pre-vis documents
* store website links and important contact information
* shoot and store rehearsal videos
* shoot and store photos and videos from location and tech scouts
* track crew hours
* schedule meetings, rehearsals, deliveries, and orders
* share your reports and even your entire file (if you choose) with the other members of your crew

If your work depends on the information contained in a feature film or television script, then DEPARTMENT HEAD is for you.

Much like ScriptE Systems other softwares and Apps (ScriptE Digital Script Supervision Software and DH Costume - Costuming Software) DEPARTMENT HEAD is built from the ground up it is not a Filemaker add-on and requires no other software to operate. Built by the creators of ScriptE Digital Script Supervision software and tested by top industry professionals, Department Head is a quantum leap forward in script based databasing and communications for Film,Television and Commercials professionals.

Get it for $99.99 in the App Store
Disclaimer:
AppAdvice does not own this application and only provides images and links contained in the iTunes Search API, to help our users find the best apps to download. If you are the developer of this app and would like your information removed, please send a request to [email protected] and your information will be removed. 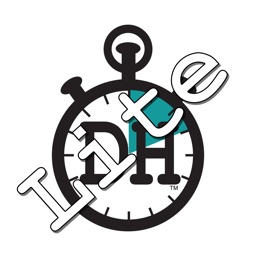 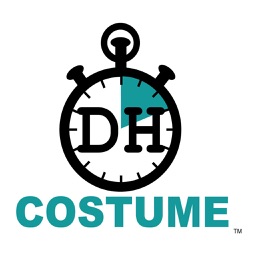 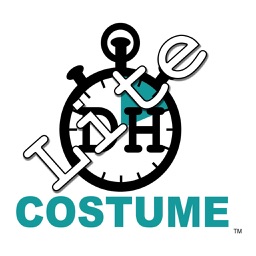 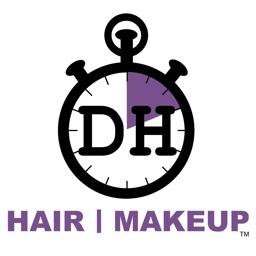 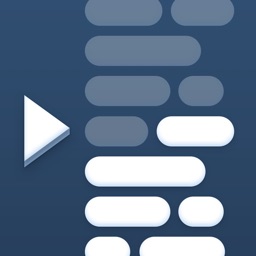 JoeAllenPro Limited
Nothing found :(
Try something else