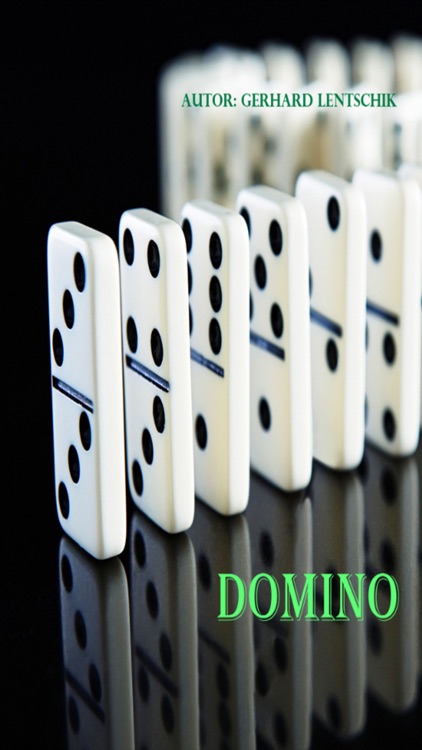 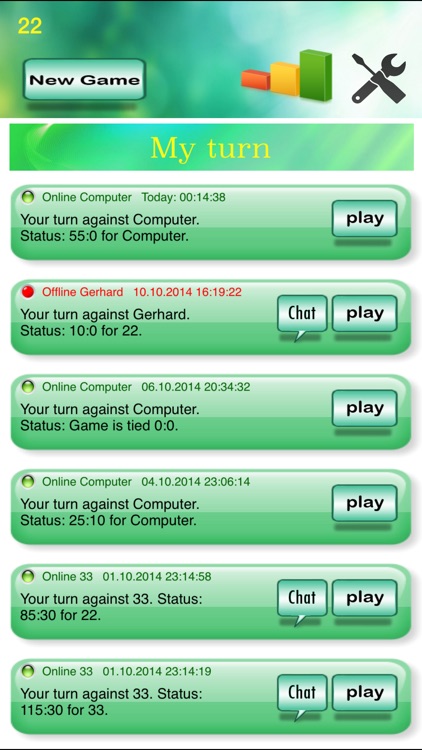 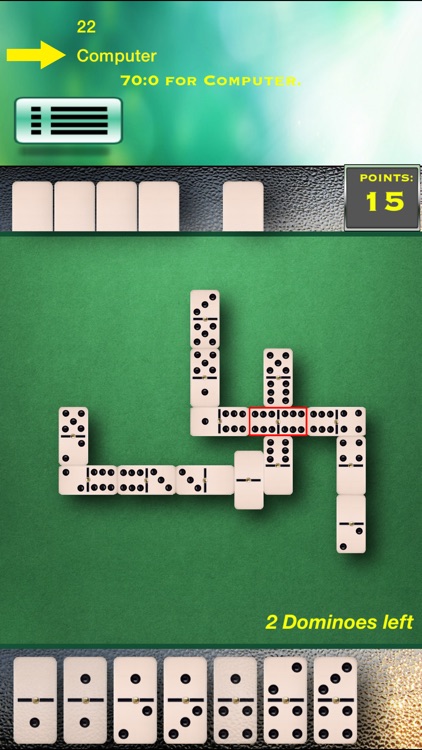 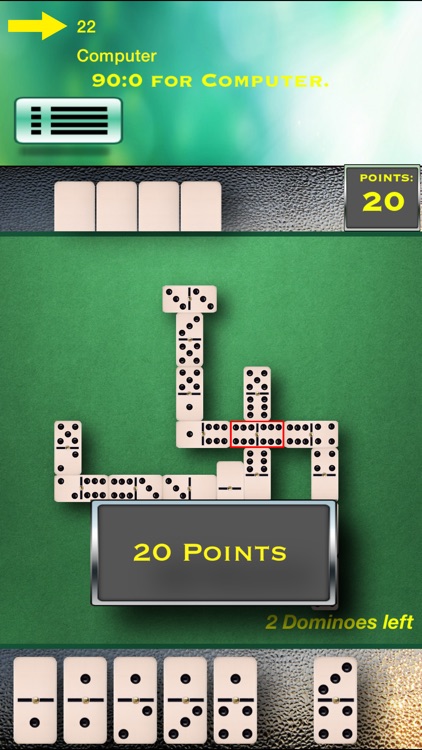 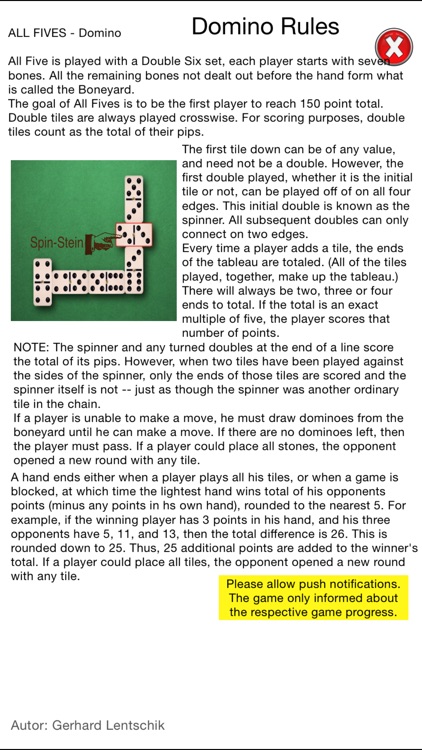 Play ALL FIVES Multiplayer Dominoes with your friends or against the computer!

You can invite your friends via email, search for users, select random opponents, or play against the computer.

All Five is played with a Double Six set, each player starts with seven bones. All the remaining bones not dealt out before the hand form what is called the Boneyard.

The goal of All Fives is to be the first player to reach 150 point total. Double tiles are always played crosswise. For scoring purposes, double tiles count as the total of their pips.

The first tile down can be of any value, and need not be a double. However, the first double played, whether it is the initial tile or not, can be played off of on all four edges. This initial double is known as the spinner. All subsequent doubles can only connect on two edges.
Every time a player adds a tile, the ends of the tableau are totaled. (All of the tiles played, together, make up the tableau.) There will always be two, three or four ends to total. If the total is an exact multiple of five, the player scores that number of points.

NOTE: The spinner and any turned doubles at the end of a line score the total of its pips. However, when two tiles have been played against the sides of the spinner, only the ends of those tiles are scored and the spinner itself is not -- just as though the spinner was another ordinary tile in the chain.

If a player is unable to make a move, he must draw dominoes from the boneyard until he can make a move. If there are no dominoes left, then the player must pass. If a player could place all stones, the enemy opened a new round with any stone.

A hand ends either when a player plays all his tiles, or when a game is blocked, at which time the lightest hand wins total of his opponents points (minus any points in hs own hand), rounded to the nearest 5. For example, if the winning player has 3 points in his hand, and his three opponents have 5, 11, and 13, then the total difference is 26 (5 + 11 + 13 - 3). This is rounded down to 25. Thus, 25 additional points are added to the winner's total. Only the winner gets the bonus points at the end of a hand. If a player could place all tiles, the opponent opened a new round with any tile.

Similar Apps to Domino All Fives 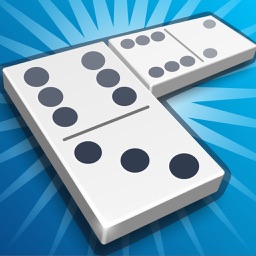 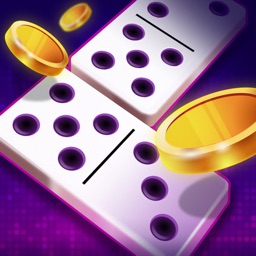 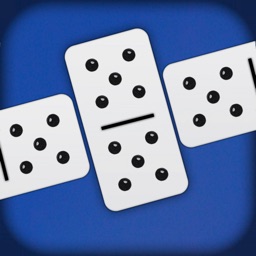 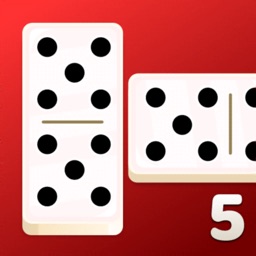 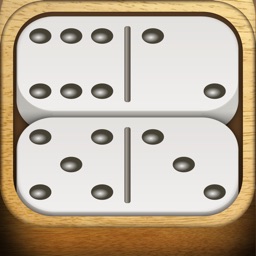 Vintolo Ltd
Nothing found :(
Try something else