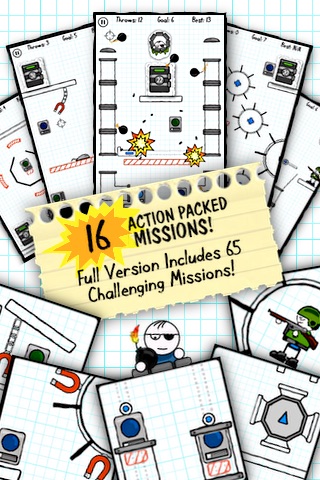 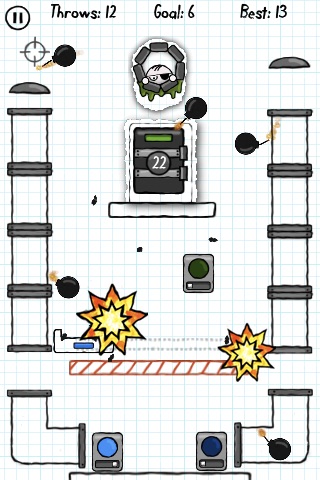 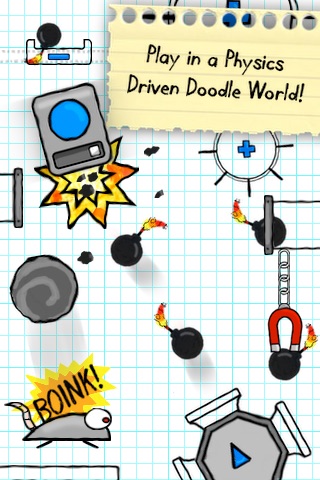 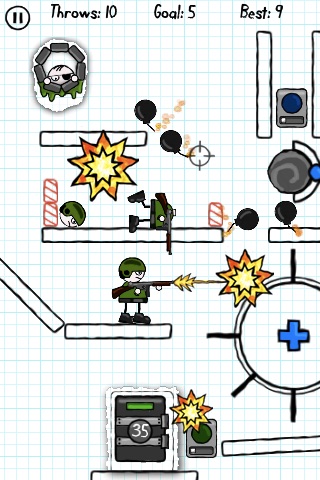 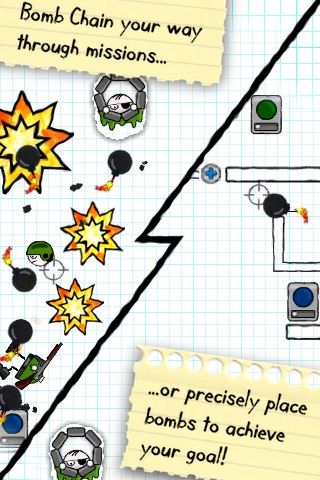 This is the Lite version and has 16 missions. For the full 65 missions (and more coming), download the full version of Doodle Bomb.

“...Doodle Bomb will be a welcome addition to your game collection" -- Touch Arcade

”...introduces a unique perspective on gameplay to the iPhone and iPod Touch" -- AppVee

Blast your way through 16 missions as you guide your hero to the ultimate goal of “Lite Master”. Interact with unique physics driven machines and characters who will help (or hurt) your attempt to infiltrate the enemy base using as few bombs as possible. When you are ready to step up and become a true "Bomb Master", the full version of Doodle Bomb contains 65 mind-bending missions with more being developed all the time!

—> 16 missions that range from training to challenging
—> Real physics driven bombs, machines and characters set in a Doodle style world
—> Achieving mission Goal requires strategy, timing and precise placement of bombs
—> Interact with control panels, water wheels, pipes with valves, trap doors, magnets, moving transports, spinning cannons and more!
—> New anti-gravity control that allows you to get to hard to reach places and to roll bombs on ceilings
—> Humorous characters including the “Trigger Happy Soldier” and the “Bomb Bouncing Rat”
—> Puzzles start out easy with in-game help… but quickly ramp up in difficulty
—> Mission selector to preview and load any of the missions
—> Spam bombs for cool bomb chaining explosion effects
—> Variable Bomb Tilt. Carefully nudge the bomb into place or lean hard to chase something down before the fuse expires
—> Play your iPod music during the game
—> Easy to pick up and play 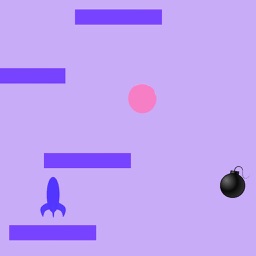 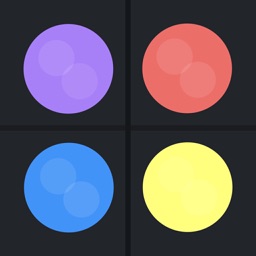 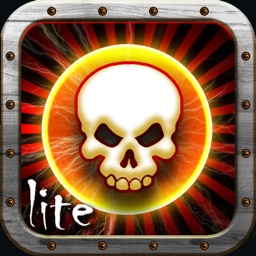 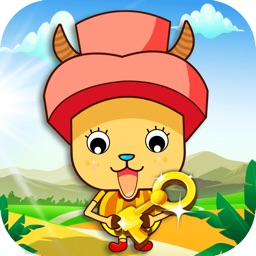 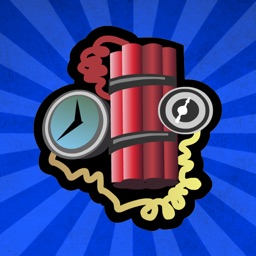