You are using an outdated browser. Please upgrade your browser to improve your experience.
iPhone iPad Siri
$2.99 in the App Store

Downcast’s impressive feature list and customizability has made it a favorite among podcast aficionados and, conversely, likely scared off some newbies. While it’s true that Downcast can appear intimidating at first blush, the key to loving it is to focus on the important features (i.e., the features you foresee using regularly) and setting aside the other features for tackling at a later date. Once you’ve gotten the basics down (e.g., autodownloading on or off, mark new episodes for streaming or downloading, etc.) you can dive into the more advanced options, such as importing or exporting feeds, sending media files to Dropbox, marking podcasts for “priority play,” playlists, and podcast-specific settings. Downcast’s most impressive attribute, however, can’t be found in the settings menu. Instead, it's the fact that it is a universal app with iCloud syncing (of subscriptions, episodes, playlists, and settings) that works surprisingly well. Thus, for no additional cost, you can start listening to a podcast on your iPhone and finish it on your iPad without a hitch (provided you’ve turned on syncing in the settings app). The current version of Downcast can take a long time to open (especially if you have a lot of podcasts), but the developer is reportedly working on fixing this issue. Once they do that, Downcast’s only real flaw will be its lack of a comprehensive tutorial for new users, although information is available on the website. Downcast also stands out from the pack for the ease with which it implements features such as viewing show notes without switching apps; finding, importing, exporting, or adding podcasts; playback control via headphones; and marking individual episodes of podcasts for streaming or downloading without subscribing to them. If you’re on the fence about paying for an app that performs the same function as a free, Apple-built app, rest assured that Downcast offers far more functionality than iTunes or Podcasts, and is arguably underpriced for its features. 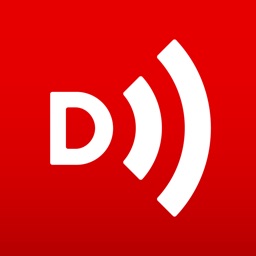 Search and add. Downcast is a rather robust podcast player that may not be entirely newbie-friendly. Still, it's rather easy to add new shows to your queue. Just tap on the "New Podcast" button, type in a URL or search by keyword or even browse categories. If you search by keyword, just type in what you are looking for and Downcast will give you results rather quickly. Once you are able to find what you're looking for, just tap on it to get the show or episode information, and then if you like what you see, just subscribe or download the episode. Don't be intimidated by the complexity of Downcast — it's a rather simple affair when it comes to adding shows and episodes. 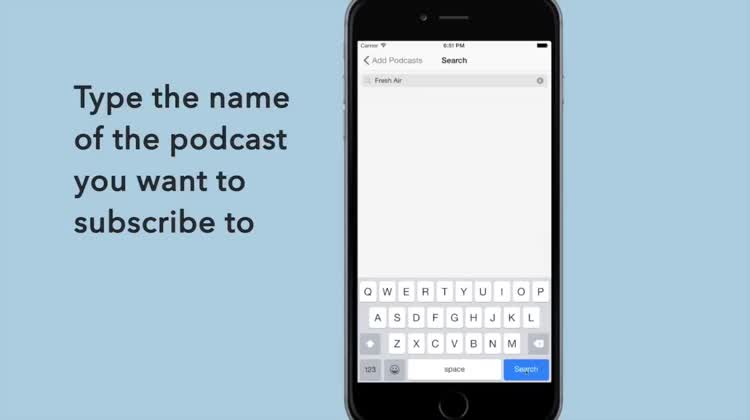 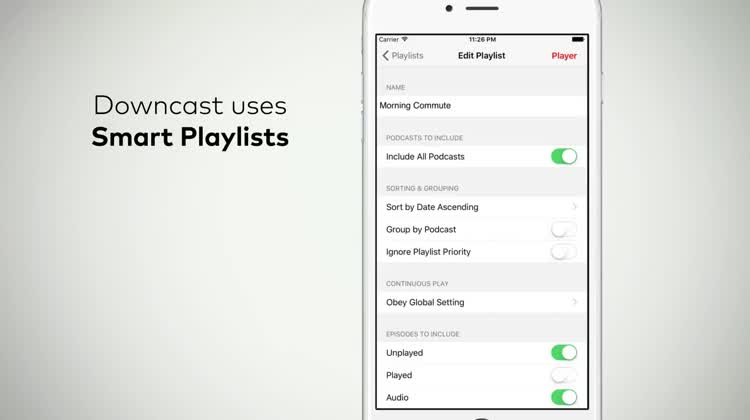 Playlists. The thing with most people is the fact that they like playlists. This applies to music and podcasts. With podcasts, you may want to have a playlist of your favorite shows, or even shows from one network all in one place. Having a playlist is convenient because you can just keep going on to the next episode or show in the playlist, instead of having to go to your show list and picking out something to listen to — playlists make it automatic. With Downcast, there is also the ability to make Smart Playlists. What makes these so "smart?" It's the fact that they automatically add or subtract episodes from the playlist based on the customized rules that you set. So if you have a rule where an episode is past a certain elapsed time, it is no longer considered "unplayed," so it will automatically get kicked out of the list once it passes that threshold during playback. You can even set things like priority shows, which take higher priority than those that aren't, so you hear them first. There are many things that you can do in Downcast to make the listening experience your own — experimentation is a must here!

Sort your playlists. Due to Downcast's customizable nature, there are many ways to make adjustments that better suit your listening habits. For example, when creating a smart playlist, you can change how everything is sorted and grouped. As mentioned, you can change the rules to however you want, and this includes time left for each episode. If you are the type of person who commutes on the train, sorting by how much time is left is useful so you can try and finish those incomplete episodes by the time you reach your desitinaton. It's easier to break down your podcasts like that so that you can maximize the number of shows you can listen to before heading in to work, going to school, or whatever else. Downcast does not play around when it comes to the customization of the playlist feature. 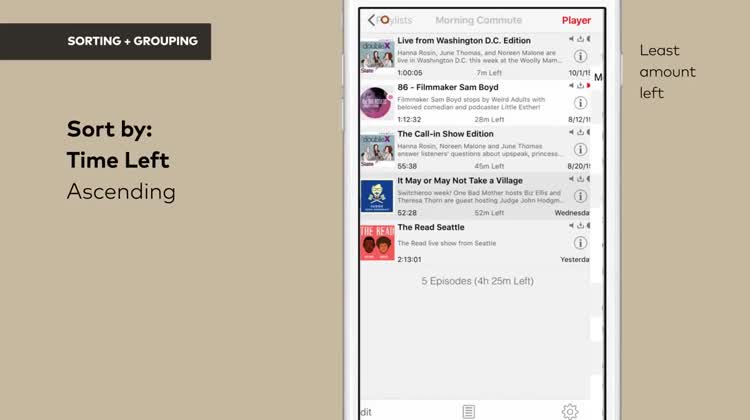 Downcast is an incredibly powerful and completely customizable podcast app for those who consider themselves power-listeners. The app's inteface is not the prettiest, but that doesn't matter for the listener. Downcast includes great options like autodownloading, marking new episodes for streaming or download, import or export feeds, sending entire media files to Dropbox, toggling "Priority Play" for specific episodes or shows, and individual settings for each show you listen to regularly.

There is pretty much nothing you can't do in Downcast. It's the Swiss Army knife of podcast players. 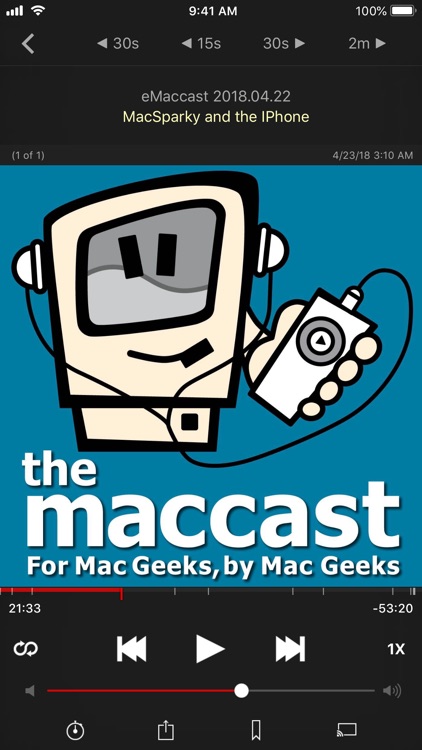 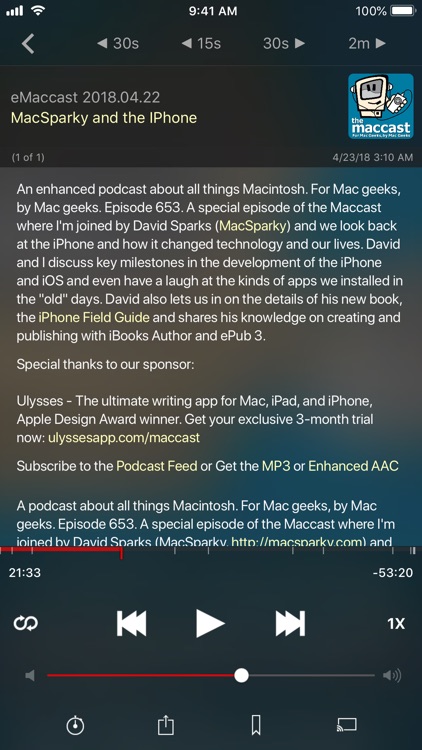 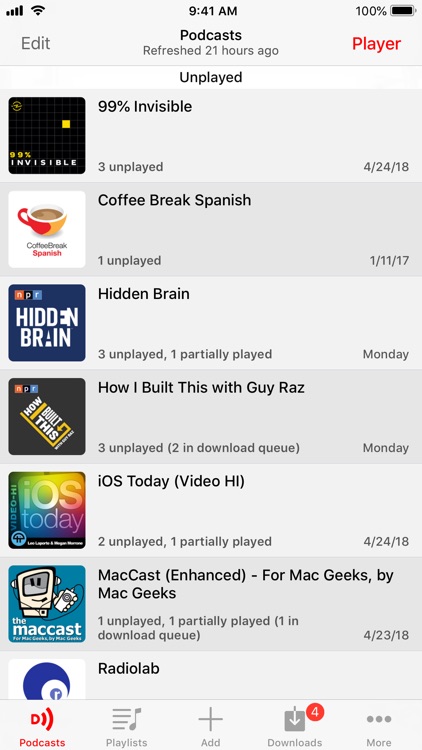 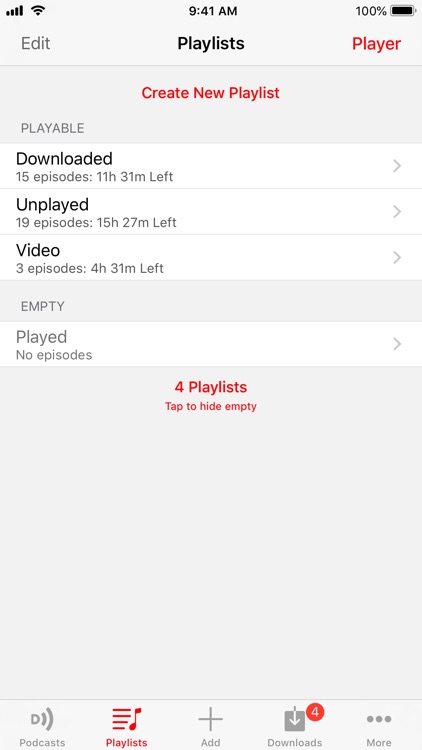 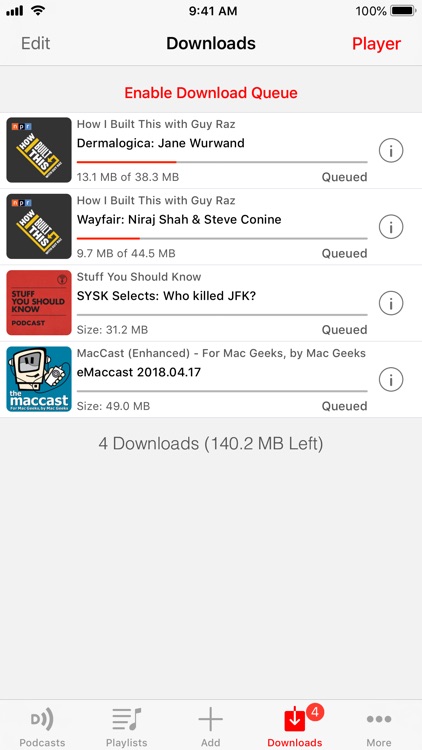 Downcast is $2.99 but there are more add-ons

A powerful, complete, and easy to use podcast player that will help you manage and listen to podcasts the way you want to.

** iCloud syncing with Macs requires Downcast for Mac, which is a separate purchase from the Mac App Store 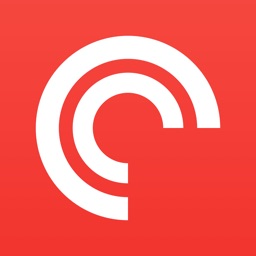 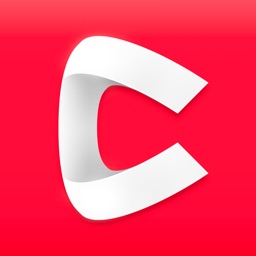 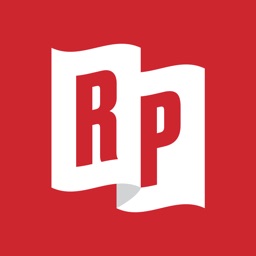 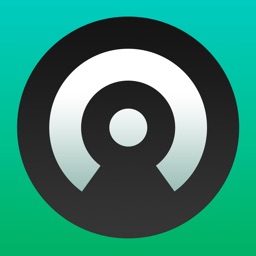 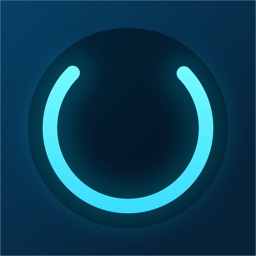 The Best Podcast Apps on iOS

Get down with Downcast's support for Apple's CarPlay

To the growing list of apps that support CarPlay, you can now add one of our favorite podcasts apps here on AppAdvice, Downcast. 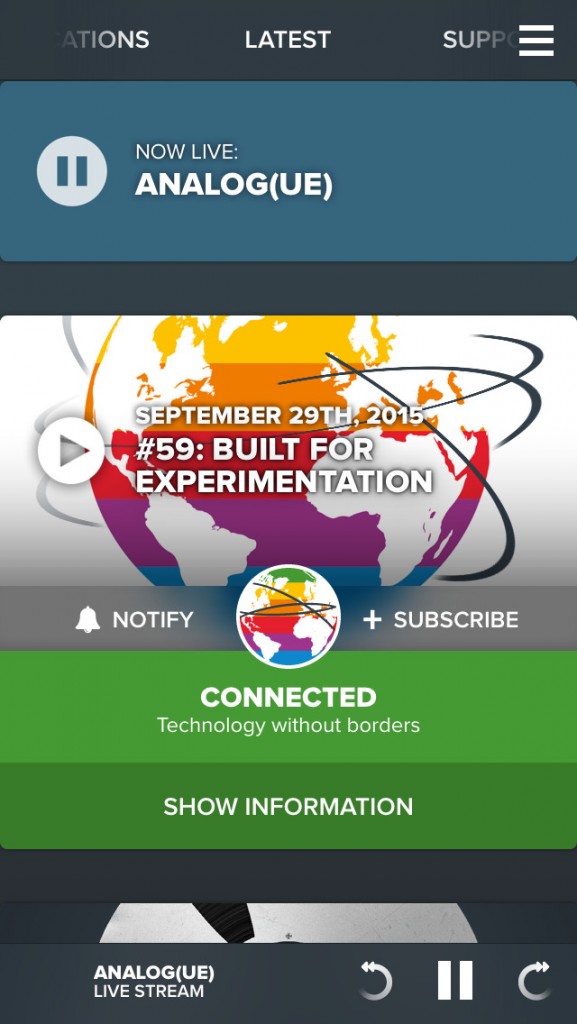 Stay entertained with your favorites through the Relay FM app

Catching your favorite podcasts live has never been easier thanks to the Relay FM app.

October 12 Christine Chan
Nothing found :(
Try something else