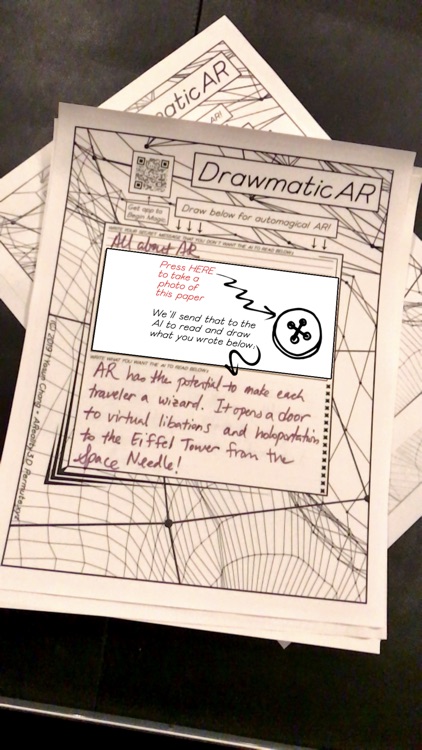 Inspiration
What if you can instantly turn into AR whatever you draw on paper.

DrawmaticAR is an AR magic drawing app for those of us who can't draw. It's an AI visual storyteller that lets you turn your words auto-magically into AR.

How to use it
Hand write your story on real paper (officially, known as the DrawmaticAR MarkerPaper).

When you're done, open the DrawmaticAR app and point it over the MarkerPaper. Press the big button that replaces the middle rectangle.

Using the Marker Paper, we're sending just the perspective re-scaled crop of what you wrote to Azure! (It actually does not matter what angle you take the photo at, as long as you can see both the box you've written in and the button is tracking well.)

The following Microsoft Azure AI solutions will work AI magic: Computer Vision recognizes text that TTS reads with a neural voice and Text Analytics identifies salient keywords from landmarks like the Eiffel Tower to oddities such as dancing pirates.

Before you know it, your words have turned into a drawing in 3D, as it pops into AR - and your stor 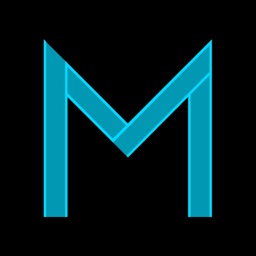 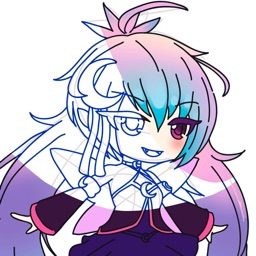 How to Paint Anime and Manga 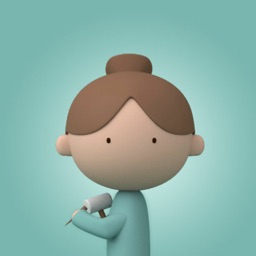 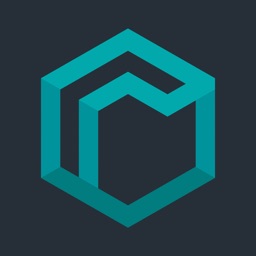 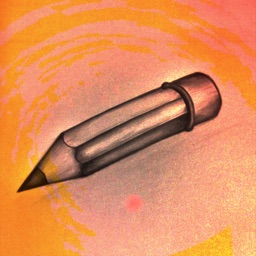 SUNG CHEOL KIM
Nothing found :(
Try something else