Dungeon Tiles is an amazing mashup of Threes! gameplay with RPG elements.

Slide the tiles. Slide all of the tiles at once by swiping your finger. Match up the tiles to increase your totals, but watch out! Use swords to get rid of the dragons, since the dragons can chip away at your life points. Careful planning is required. 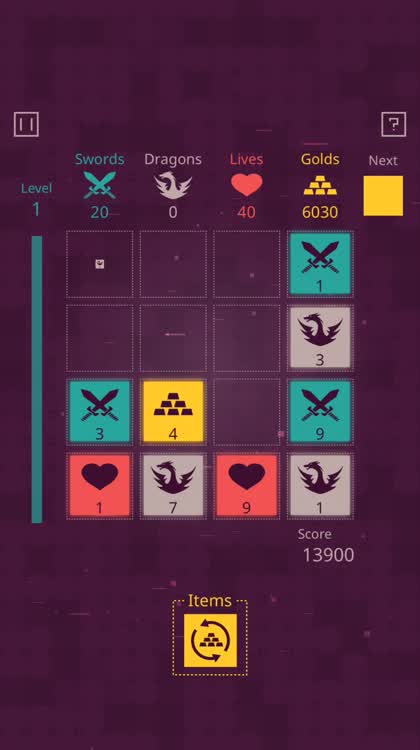 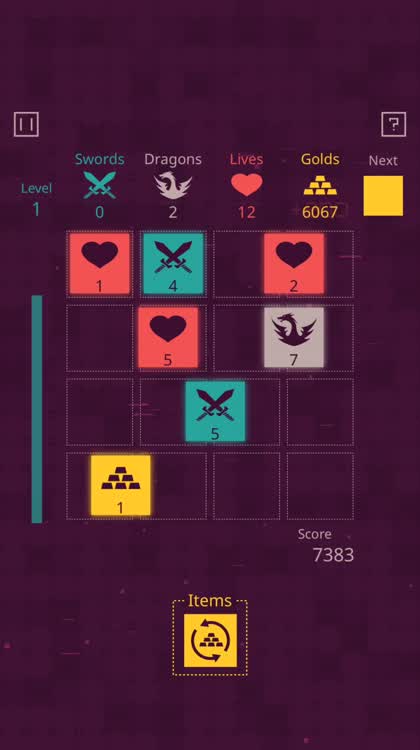 Buy items. Collect gold coins by matching the yellow tiles and acquire the coins. Use these to buy powerful items that can boost your game. But be careful, as the items can only be used once per round, so make sure to make them count.

Two-player mode. The Two-Player mode in Dungeon Tiles is interesting. Face off against your opponent on the same device, and take turns making moves. However you move will move the opponents tiles in the same direction too, so use that to your advantage! Disrupt the opponent by sending dragons to their board with each match of three sword tiles. 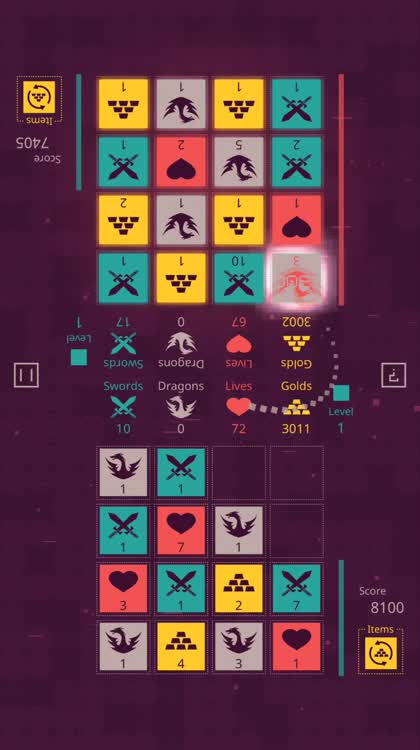 Dungeon Tiles has a great minimalist aesthetic, soothing music, simple controls, and challenging gameplay that combines both Threes! and traditional match-three RPGs. It's fun, challenging, and addictive. Plus the two-player mode adds some interesting strategy to the mix. 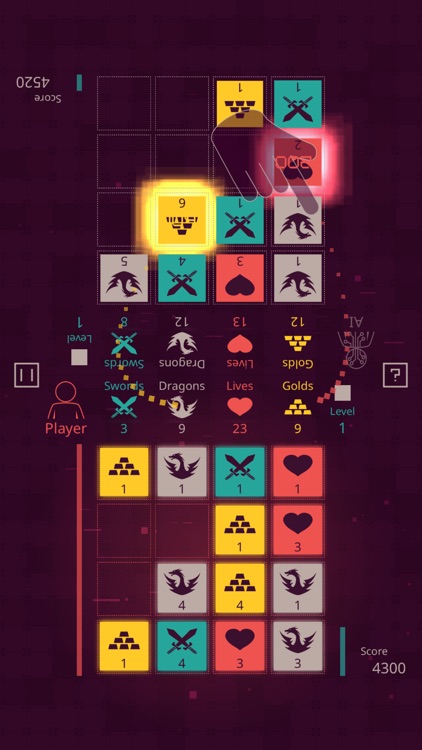 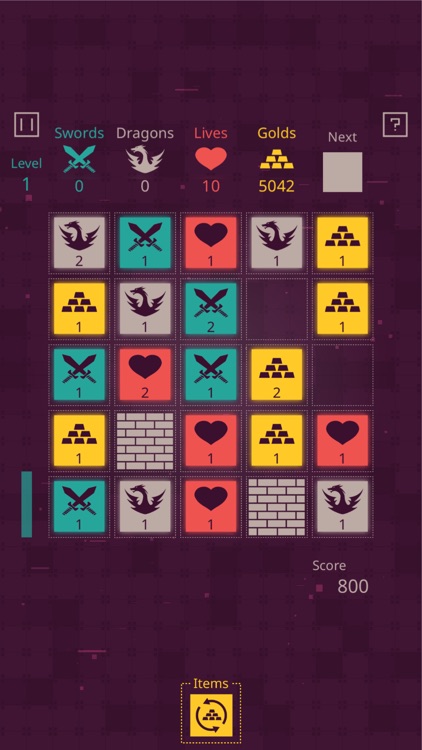 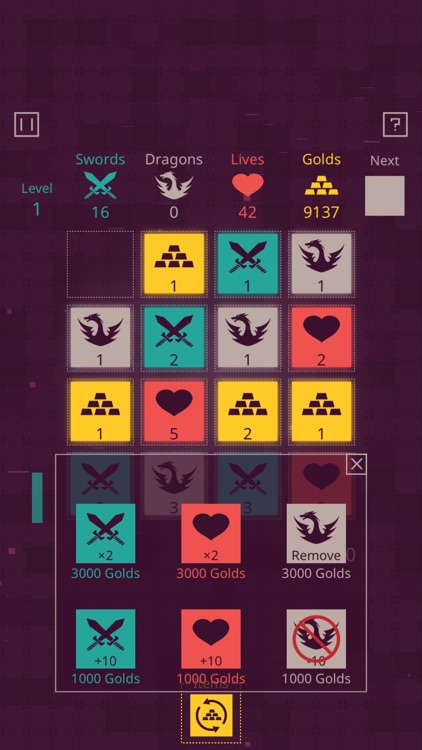 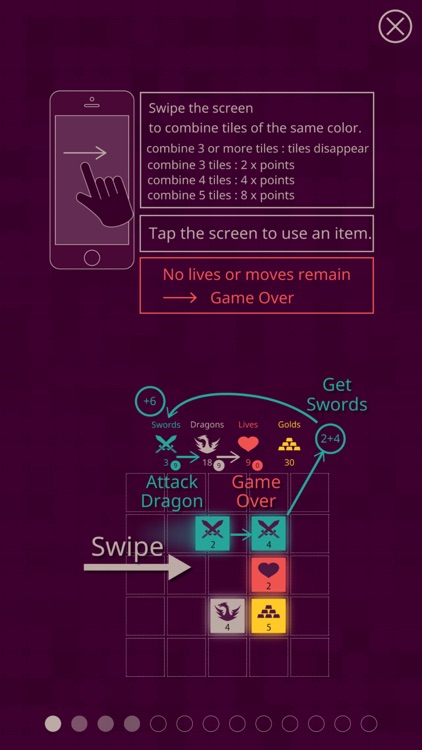 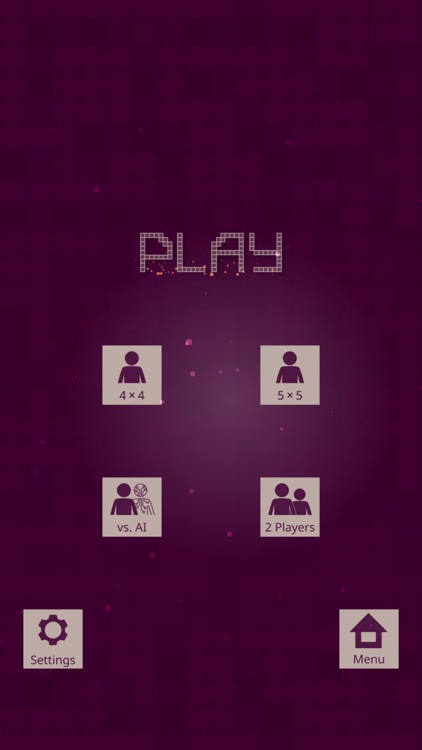 Dungeon Tiles is FREE but there are more add-ons

Dungeon Tiles is a strategic puzzle game with minimalism and RPG elements in which players swipe the screen to collect swords, dragons, lives, and gold.

Swipe the screen to move all tiles in the arena in the same direction. Combine tiles of the same color to score points. After each swipe, the total value of the combined tiles is added to a cumulative total for swords, dragons, lives, and gold displayed at the top of the screen and a battle begins. In the battle, swords reduce the “dragons” score and dragons reduce the “lives” score. The “swords” score decreases by the value used to attack the dragons. As dragons are slayed, the “experience” bar rises, and when it reaches the top the player improves his/her level. The game ends when no lives remain or the arena is full and no more tiles can be moved.

2. Items:
The gold collected during play can be exchanged for items.
However, each item can only be used once.
E.g.
Remove all dragon tiles from the arena
Multiply the number of lives by two

5. vs.AI Mode:
A player compete with AI(Computer).
If it's hard to recognize AI's tiles, you can rotate all AI's tiles in the pause menu.

7. Twitter.
A player tweets his/her score after the game ends.

The game also provides a kind of math training since quick calculation skills are needed in order to obtain a high score. 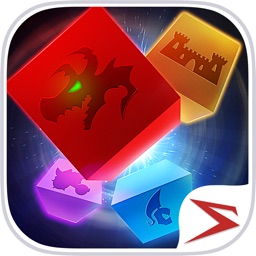 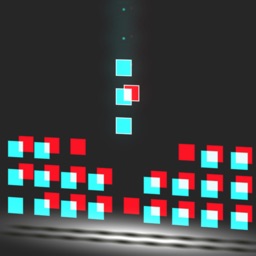 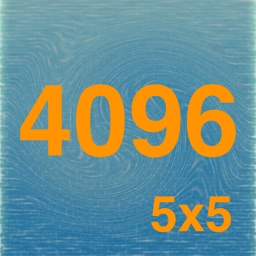 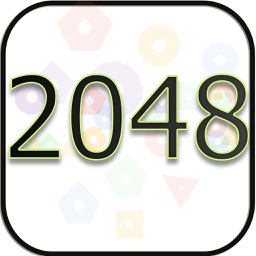 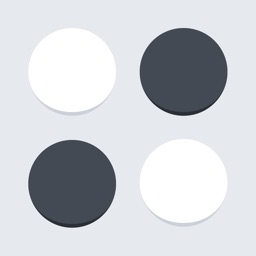 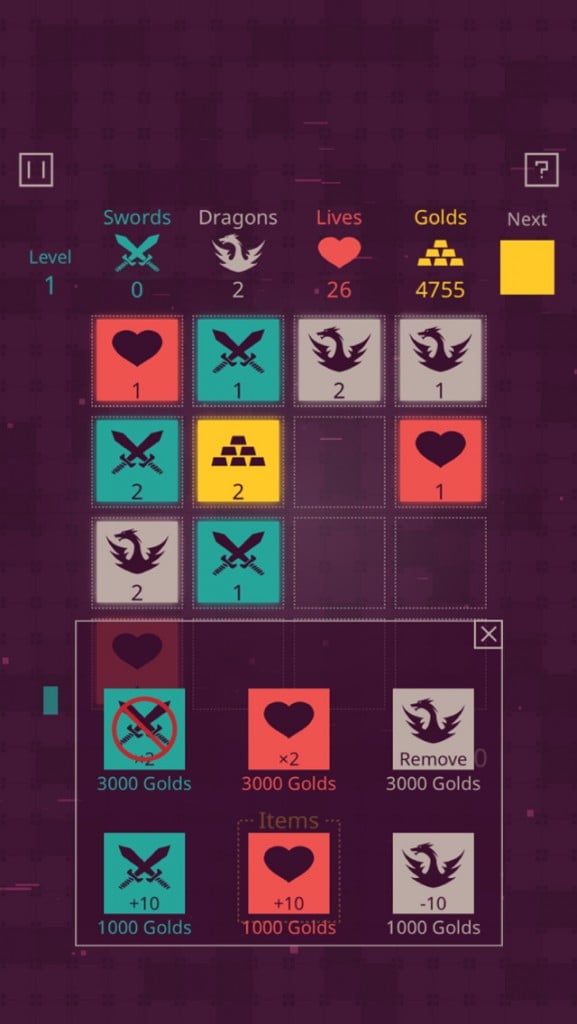 Dungeon Tiles is an Addictive Mashup of Threes! and RPGs

If you love the gameplay of Threes! but want a splash of RPG mixed in, then Dungeon Tiles is for you.

June 29 Christine Chan
Nothing found :(
Try something else