You are using an outdated browser. Please upgrade your browser to improve your experience.
iPad
$20.99 in the App Store

"Jisou" means "layers of time." The maps and aerial photographs in this app show Tokyo at different moments in the past. 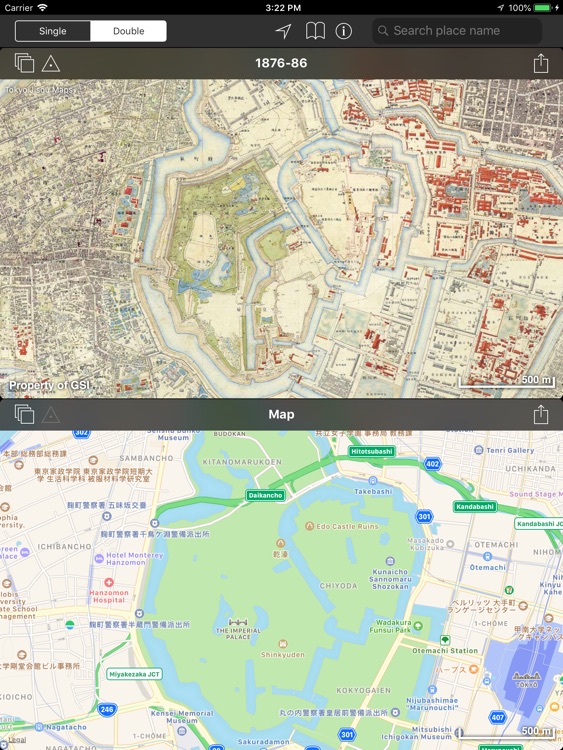 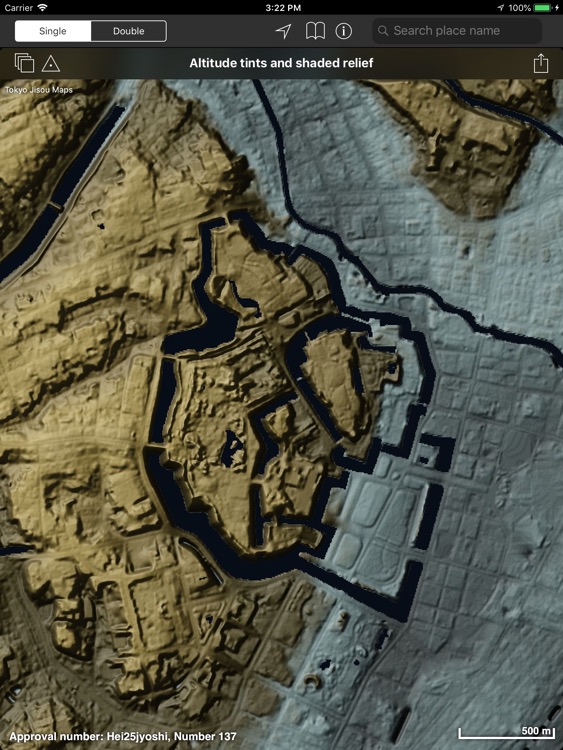 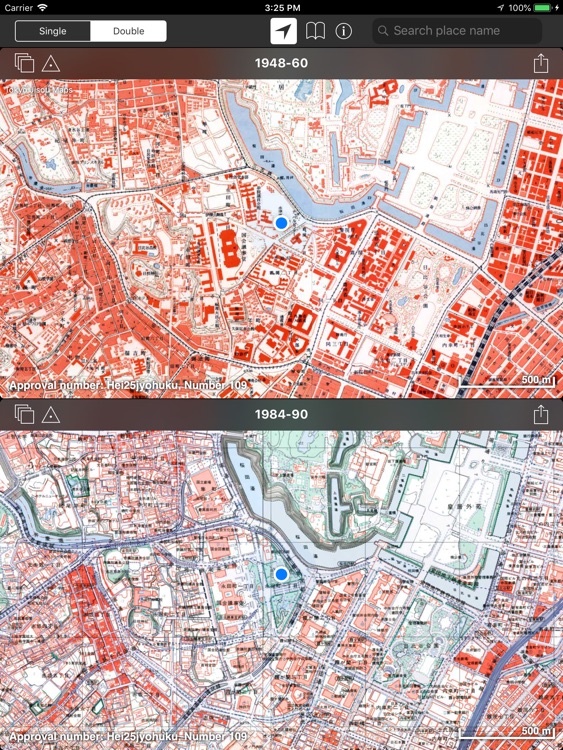 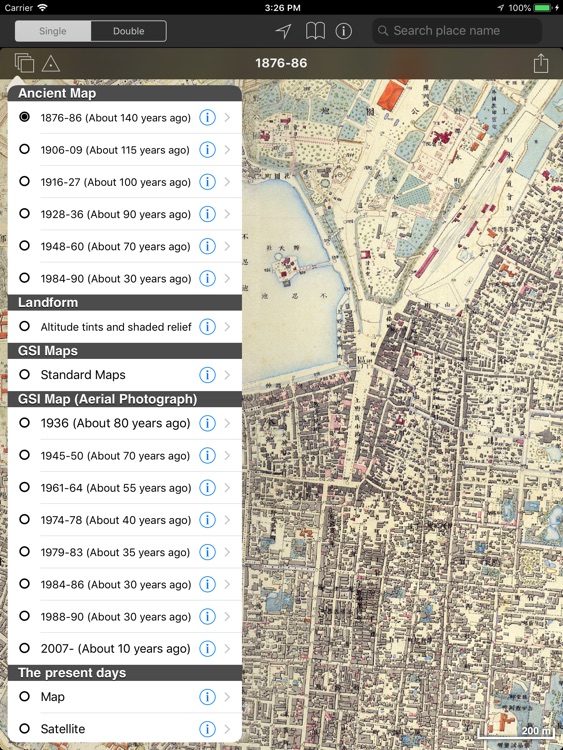 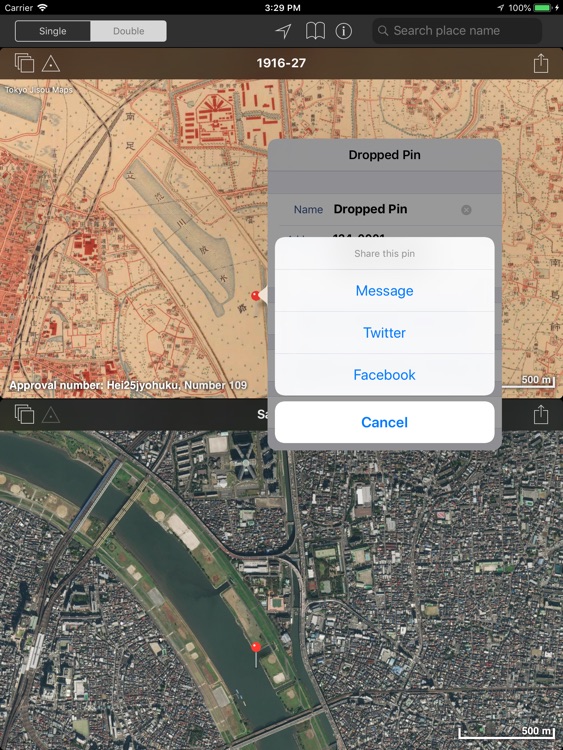 "Jisou" means "layers of time." The maps and aerial photographs in this app show Tokyo at different moments in the past.

"Tokyo Jisou Maps" is a map application program that can learn the transition from the Meiji era to the present age.

"Tokyo Jisou Maps for iPad" is a special application for iPad that provides the transition of a city over time. This application includes the areas covered by both "Tokyo Jisou Maps" and "Yokohama Jisou Maps". With this application, a user can view the maps of the major cities of Japan such as Tokyo, a capital of Japan, Yokohama and Kawasaki at different time periods such as the Meiji, Taisho, Showa and Heisei eras.

This iPad-special application has the following functions which iPhone application does not have.

Using a larger display of iPad, a user can explore the transitions of a city by juxtaposing both an old map of 6 time periods and a present map or an aerial photograph. A user can also enjoy walking around an old city using GPS function. Six time periods are the civilization and enlightenment period, the end of the Meiji era, just before the Kanto Great Earthquake, the time before the WWII, just before the high economic growth before the bubble economy and the present days.
As a capital of Japan, Tokyo is developing as a cosmopolitan city with concentration of various functions such as politics, economy, culture, population etc. Particularly after the rapid economic growth, Tokyo has made a remarkable development and urbanization had rapidly progressed. Tokyo Olympic of 1964 pushed further the urbanization and modernization of Tokyo and provided momentum for developing infrastructures such as Shinkansen(a high-speed rail), expressways, a monorail, etc.

Whereas, Yokohama has been developing as a gateway of port since the arrival of Kurofune (the black ships of Commodore Matthew Perry). With foreign trading houses and settlements, the city with an exotic atmosphere was formed. Presently, Yokohama has developed as one of the international trading cities. These changes were firmly stamped on an old maps and a user can think about old days with laying old map over the present map.
You can reconsider ever-changing cities of Japan using this application. Knowing the past enables you to see enjoyable future.

Get it for $20.99 in the App Store
Disclaimer:
AppAdvice does not own this application and only provides images and links contained in the iTunes Search API, to help our users find the best apps to download. If you are the developer of this app and would like your information removed, please send a request to [email protected] and your information will be removed.

Similar Apps to 東京時層地図 for iPad 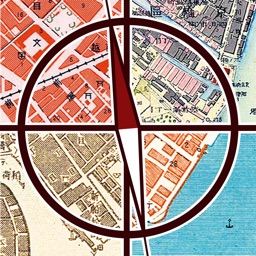 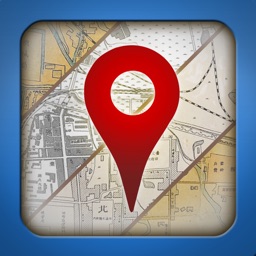 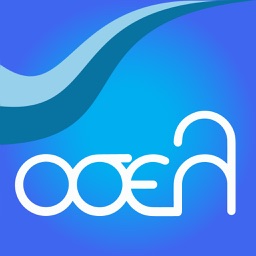 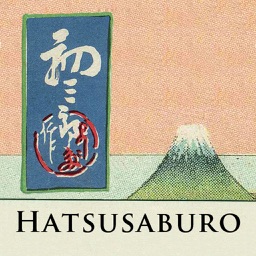 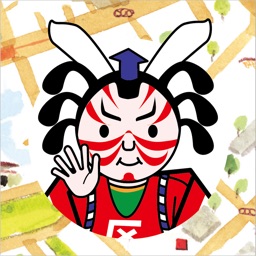 Egg Square, K.K
Nothing found :(
Try something else