The war between the Empire and the Orcs is breaking out! 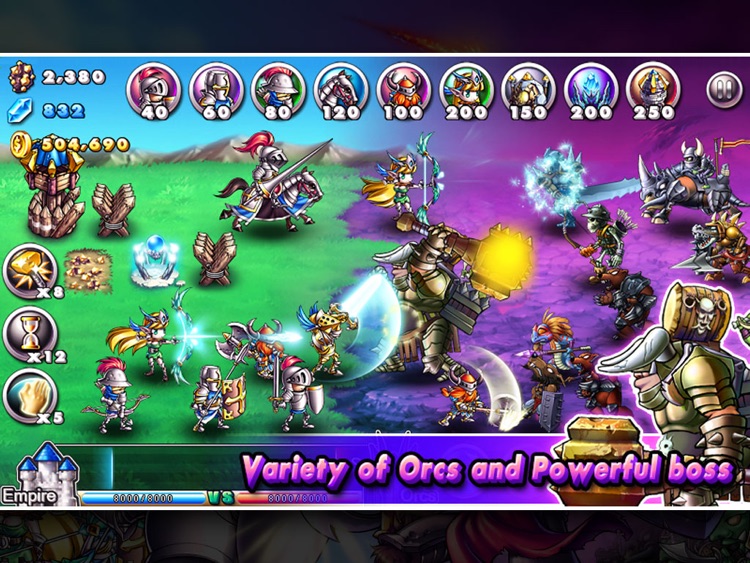 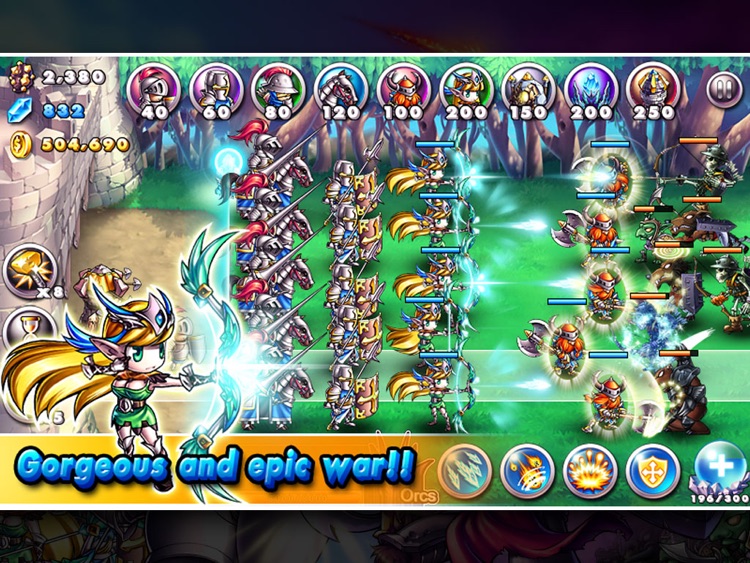 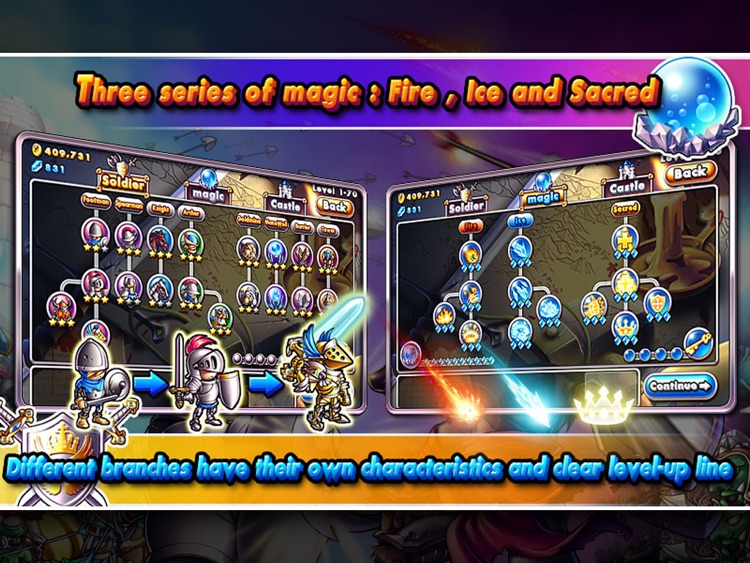 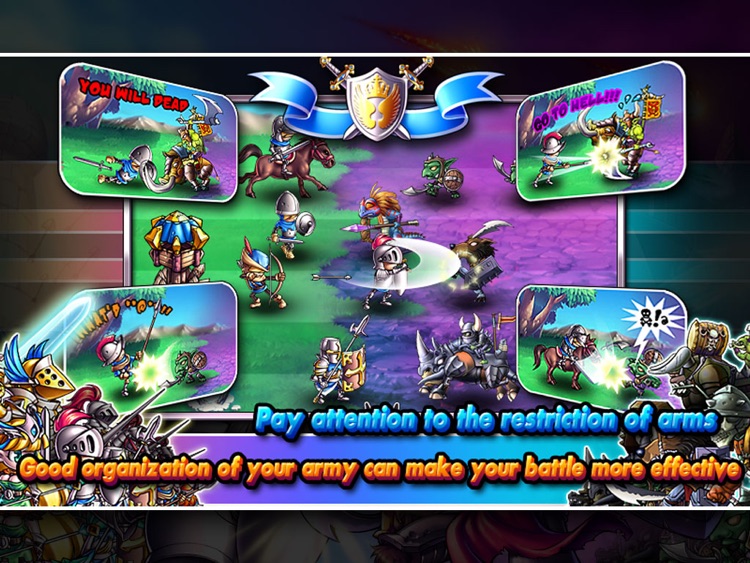 The war between the Empire and the Orcs is breaking out!

The Orcs are cursed by darkness. They attack brutally and fiercely, move fast and are almost indestructible!

It is predicted that a true warrior would lead the army to conquer the Orcs, and become the national hero!

Warrior, command your cavalry, infantry, archers and spearmen, use your wisdom to crush enemy tribes and destroy the den of Orcs!

Unlock new troops and upgrade their attributes to get more power-up! Watch units transform as they level up!

1. Attack and Defend, send your army to destroy the Orcs' den and defend your castle;

2. Plant gold mine and mana well to speed up creating armies and recovering your magic;

3. Combined force of different arms, cavalry, infantry, archers and spearmen, and each arm has distinctive attributes and clear level-up line. Good organization of your army can make your battle more effective;

6. Refined characters, beautiful scene, gorgeous magic, magnificent effects. And you are the hero to lead this epic war! 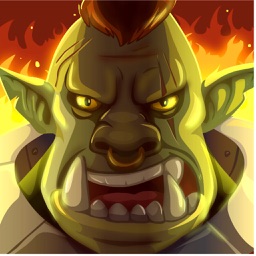 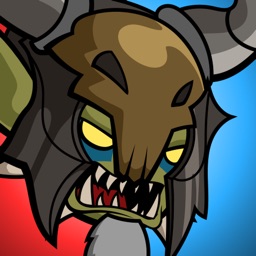 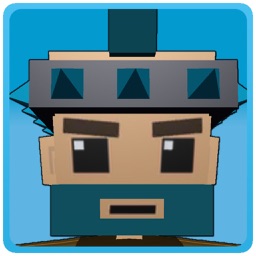 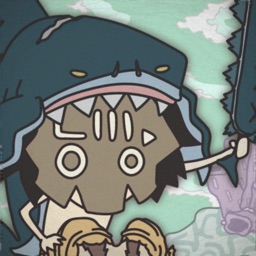 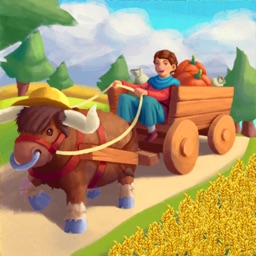 Tuan Nguyen
Nothing found :(
Try something else