* It is a innovative Reversi game. It adds three kinds of bombs and methods of playing in the normal Reversi game, which are not only entertaining but also helps stimulate constructive mental skills. 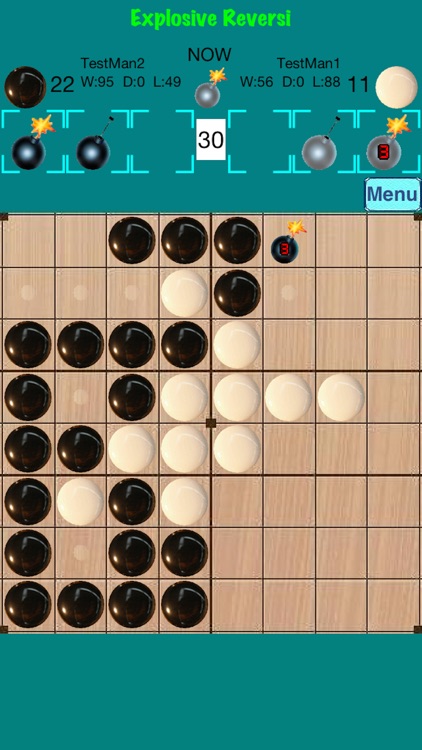 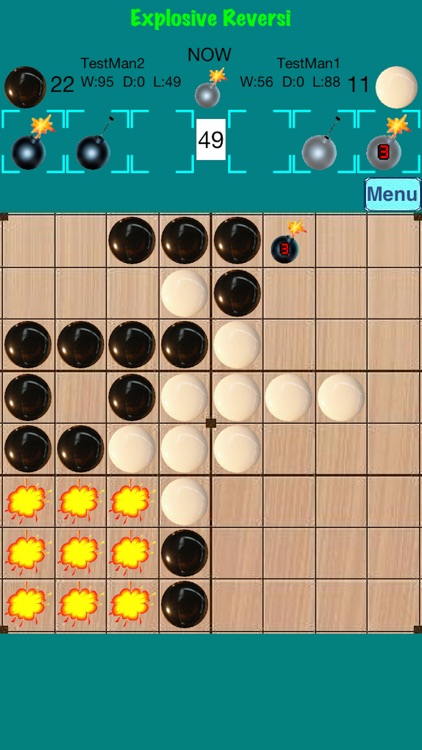 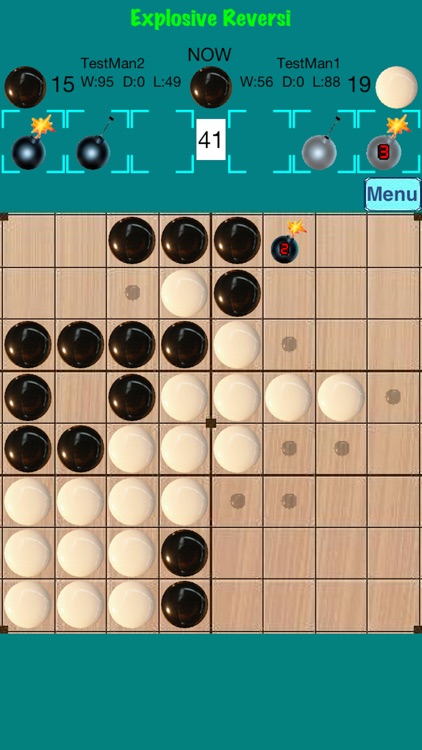 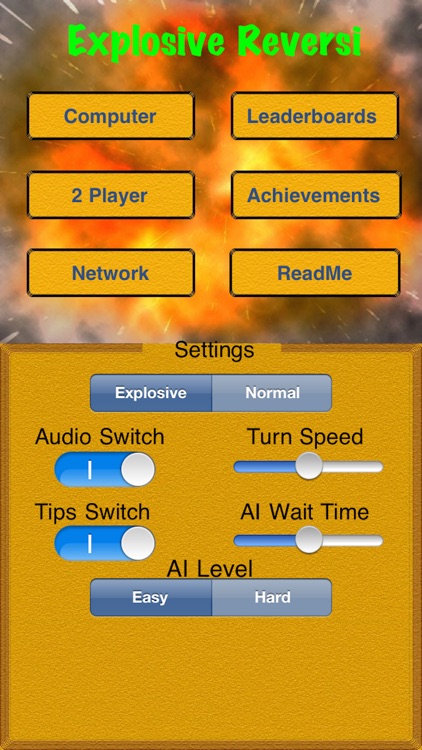 * It is a innovative Reversi game. It adds three kinds of bombs and methods of playing in the normal Reversi game, which are not only entertaining but also helps stimulate constructive mental skills.

* The three bombs are “Real-time Bomb”, “Remote-controlled Bomb” and “Time Bomb”. They have different exploding methods and explosive ranges.

* If the bombs have exploded, your opponent's pieces in the explosive range turn over and all reversed pieces now show your color.

* All kinds of bombs move as normal piece (They can turn over all opposing pieces lying on a straight line between your new piece and any anchoring pieces after placing the piece). Of course, your opponent can turn over them.

-Real-time Bomb-
The exploding method: When use the bomb, it turns over your opponent's pieces, and then explodes the bomb instantly.
The explosive range: The 3x3 grids centre around the bomb.

-Time Bomb-
When use the bomb, it turns over your opponent's pieces, but can’t explode the bomb instantly.
Exploding a bomb is deemed a move. After your bomb has exploded, it's your opponent’s turn.
The exploding method: The bomb explodes automatically on your turn after three rounds. The bomb show the remaining rounds.
The explosive range: The 7x7 grids centre around the bomb.

* The icon below the word "NOW" shows whose turn and the piece or bomb used.

* The methods of using a bomb:
1. To use the bombs after total pieces > 10 pieces on the board.
2. When you click a bomb in the top corner of the screen, the icon below the word "NOW" shows the bomb used.
3. Then placing it on the board.
4. You can click another bomb or your piece in the top corner of the screen to change the bomb or piece used.
5. Each kind of bomb can use once.

* The player can decide how to use bombs to affect the result of game.

* To provide the diversified playing methods and different settings below:
-Computer- Your opponent is the computer. This is a practice for you.

-2 Players- Your opponent is another person. The black player makes the first move.

-Network- Game Center matches the two players and computer decides the colors. You can play with all players of the world. (Please join Game Center at first.)

-Leaderboards- Game Center saves the result of the games including the wins, draws and defeats of the players, and provides the Leaderboards.

-Explosive/Normal- Switch playing methods—“Explosive” (with bomb) and “Normal”. The player switches them by oneself. (The Explosive method is the fixed one at the network mode.)

-Turn Speed- Adjust the speed of turning over piece. (The speed is fixed at the network mode.)

-AI Wait Time- Adjust the waiting time of the move of the computer.

* The player who exits game before game over loses the game at the network mode.

* The more explanations please refer to the Readme of the app or APP Support. 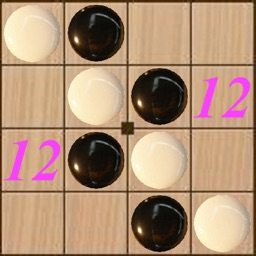 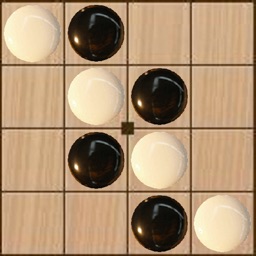 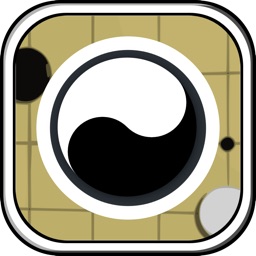 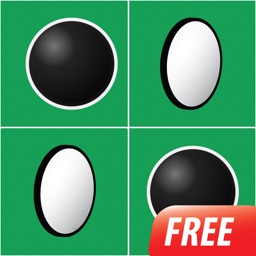 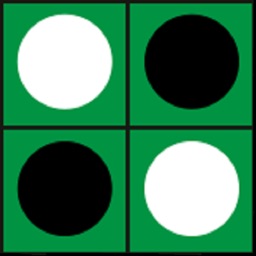 Irdeto
Nothing found :(
Try something else