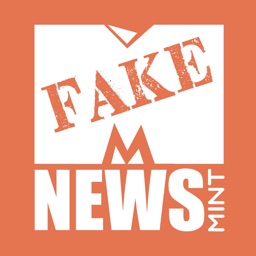 Change the news. Change the world. Rate news from CNN, FOX, PBS, USATODAY and other outlets as good, bad or fake and win "NEWS" tokens if the facts agree. 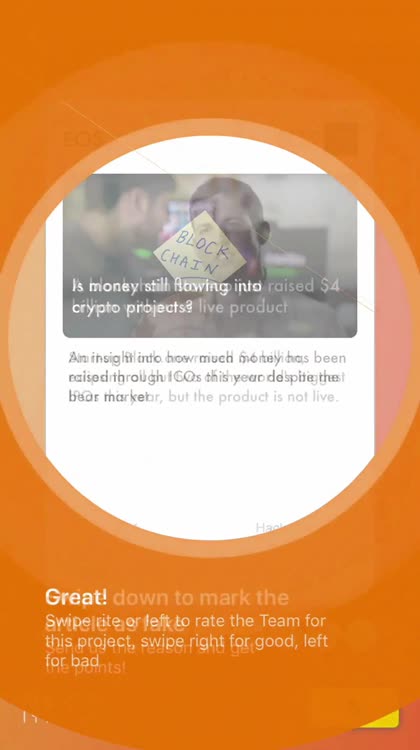 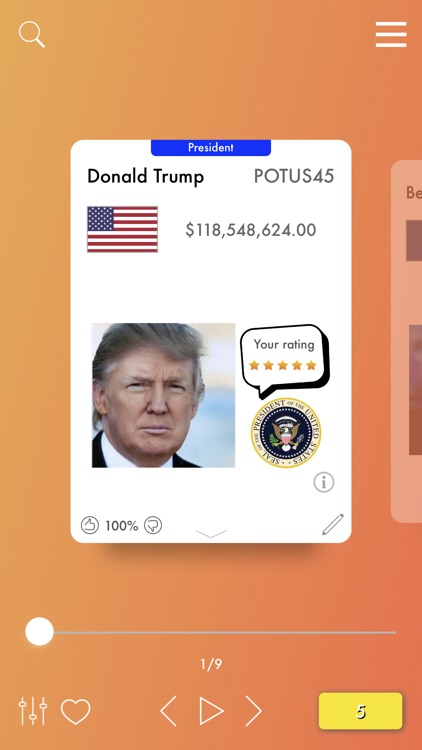 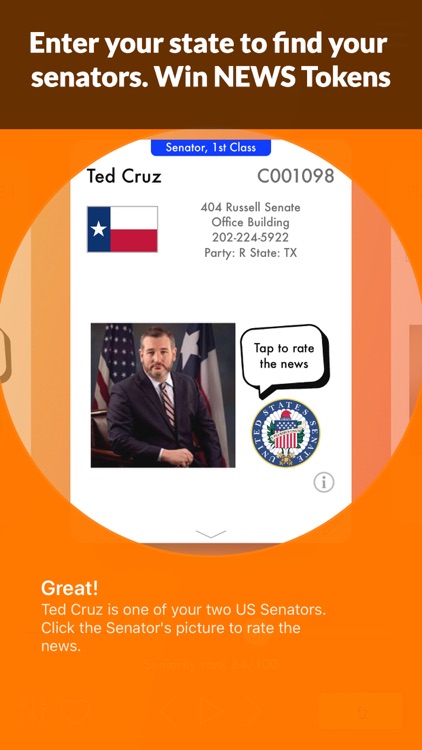 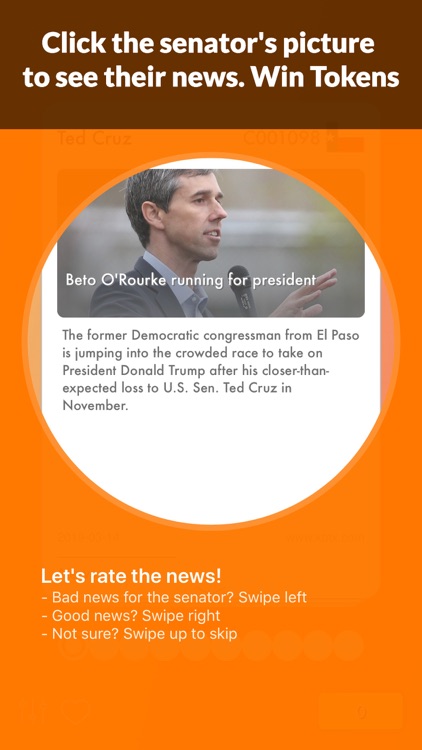 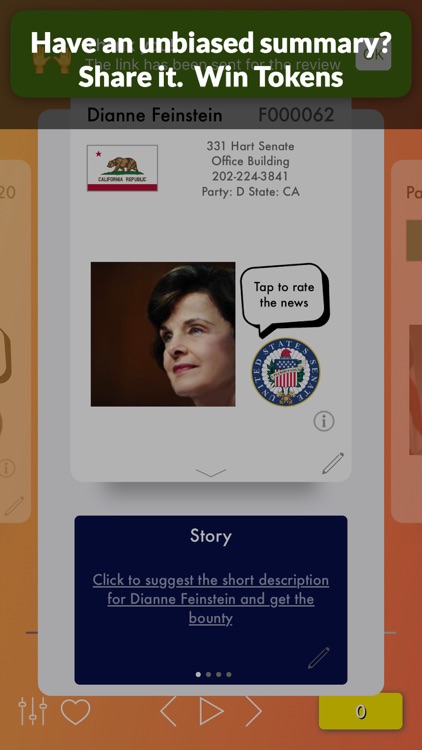 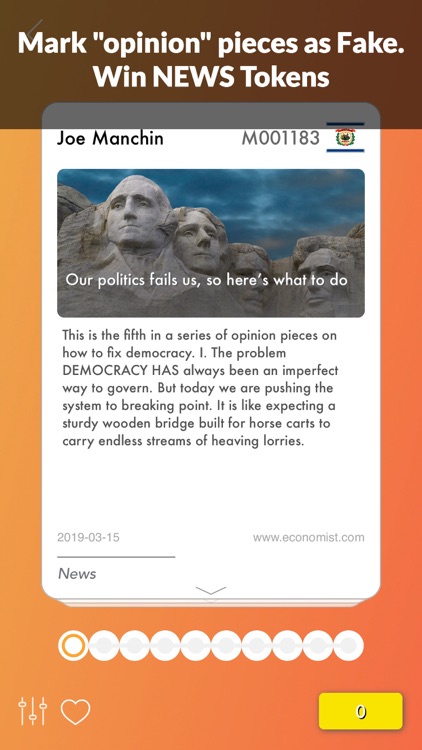 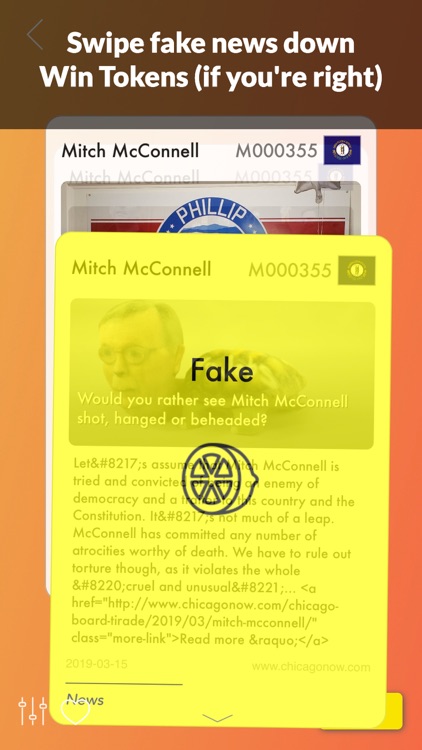 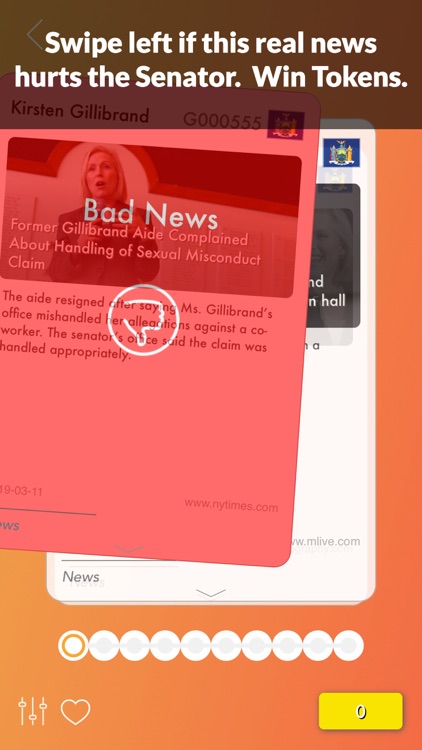 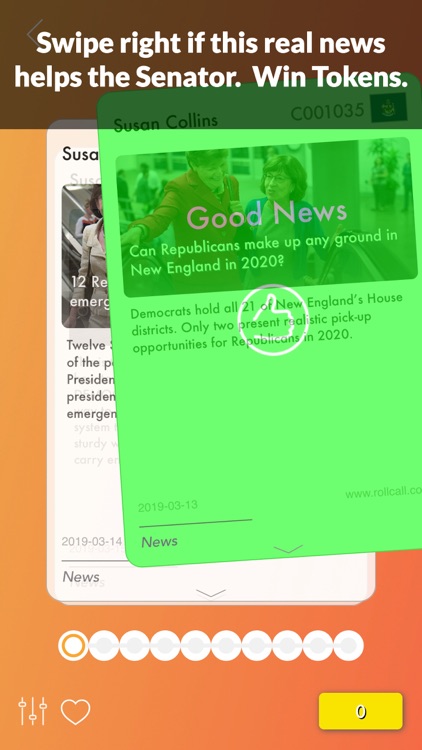 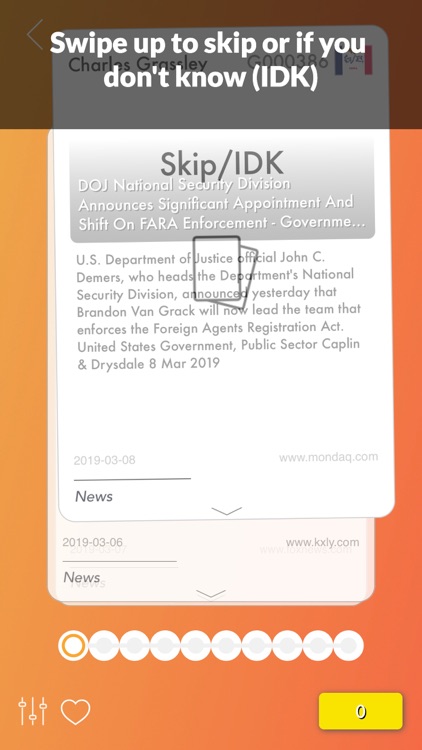 Change the news. Change the world. Rate news from CNN, FOX, PBS, USATODAY and other outlets as good, bad or fake and win "NEWS" tokens if the facts agree.

Take control of the news with a swipe and win some “NEWS” tokens with Fake News Mint – from the creators of Coinswipe.

CAN YOU CHANGE THE NEWS BY PLAYING A GAME?

Thanks to blockchain technology and the "Internet of value" we believe the answer is yes. You can change the news, change the world and win rewards in the process.
Fake News Mint 0.9 has put all 100 members of the US senate on the Ethereum blockchain, including Senate leaders like Mitch McConnell and senators campaigning for President, such as Elizabeth Warren. Rate their new and win NEWS tokens on the TRON or Ethereum blockchains. Find their fake news and win.

Win a virtual piece of Congress for rating good and bad news and hunting down fake news. Get to actually know the people that have a huge impact on the jobs, productivity and standard of living in your state. Each 10,000 NEWS tokens can be exchanged for a share of a Senator’s tokens at a ratio derived by interest in their news, per capita income in their state and demand for their tokens within the game.

Adults in the US will spend nearly $500 billion dollars in productivity this year consuming news. That’s more than double the revenue of Google, Facebook and Twitter combined.

Sadly, unlike revenue reported by these tech companies, which most people expect to be fairly accurate, the vast majority US news consumers believe they are being fed inaccurate news. Fake news doesn’t just raise blood pressure it drains wallets of real cash. But until now there have been no real incentives for the major news creators and distributors to fix the problem.

Using the Fake News Mint game, you can change that dynamic while stacking your wallet with NEWS tokens and tokens of newsworthy assets like Senators and Representatives.

The news stories we consume on a daily basis are like deposits and withdrawals of light for the world we live in, with a ticker tape flashing expectations of how our account may be changing from moment to moment. But unlike your bank balance, there’s no easy way for corporations, much less an individual, to double check the accuracy of the news that suddenly decreases or increases their account.
With Fake News Mint, you have the power to change that simply by swiping good news right, bad news left and fake news down.

It's that easy to get started. The further you go, the more tokens you win

Want to create a bot to do some of the work for you? Use some of you NEWS tokens to make it or give some of your tokens to a developer on the platform and have them make it for you.

Have a fake news detection AI app you want to put to the test? Use some of you NEWS tokens to deploy it or partner with an growth hacker to get more Fake News Mint players using it faster.

Fake news has always traveled faster than truth. Today, the problem is bigger than it’s ever been since information travels to more people faster than ever before thanks for the internet of information. In 2016, IBM estimated the cost of “bad information” at $3 trillion per year. In the case of fake news, the costs can be even greater, because neighbors, coworkers, friends and even family members may find themselves unable to work as a team due to a piece of inaccurate news that becomes an anchor for discord via social media.

As bad as the fake news problem may seem today, “deep fake” technology that currently exists is already making it almost impossible for many people to distinguish what’s real from what’s fake and has the potential to effectively change “truth” in the future. Fake News Rewards create a wormhole for truth by incentivizing users, developers, bots and crowds to value today’s news and thereby predict tomorrow’s truth. 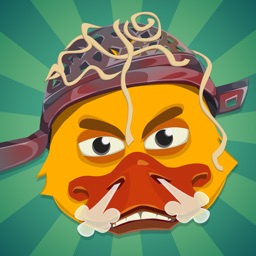 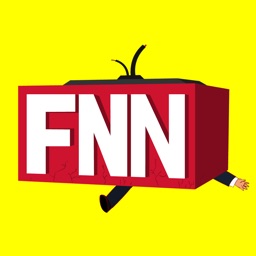 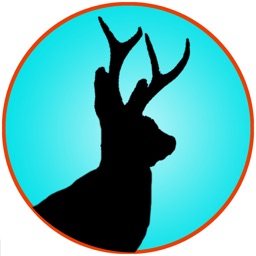 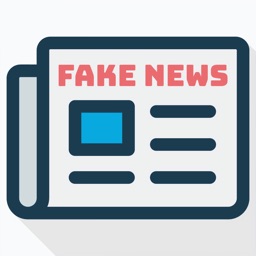 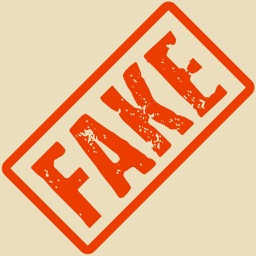 Malek Dudakov
Nothing found :(
Try something else