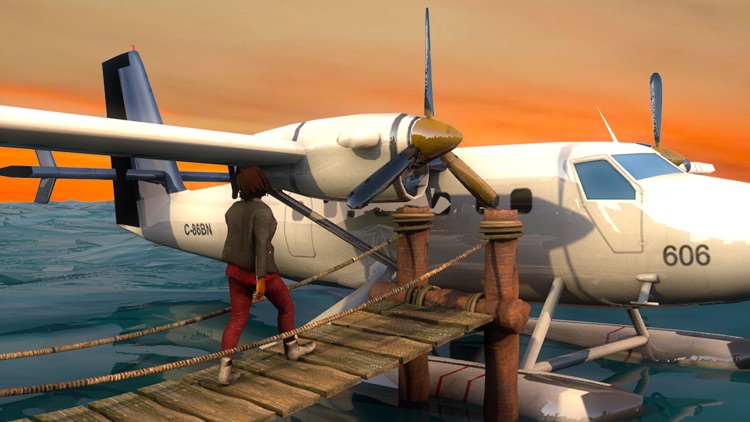 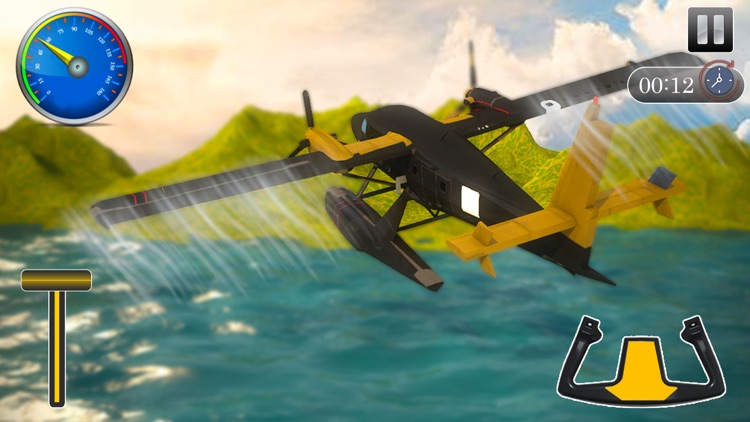 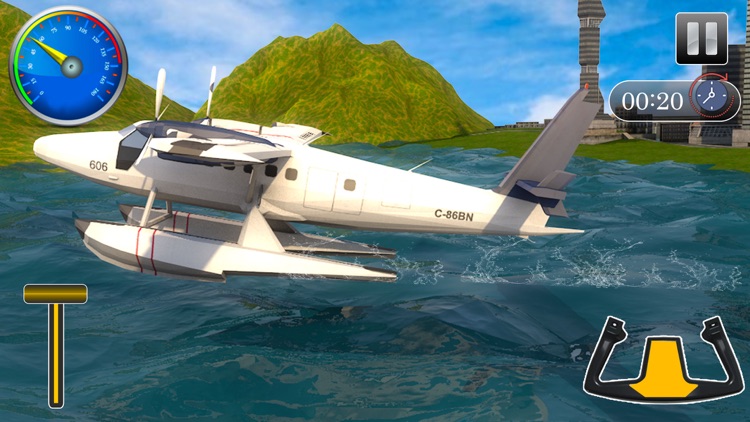 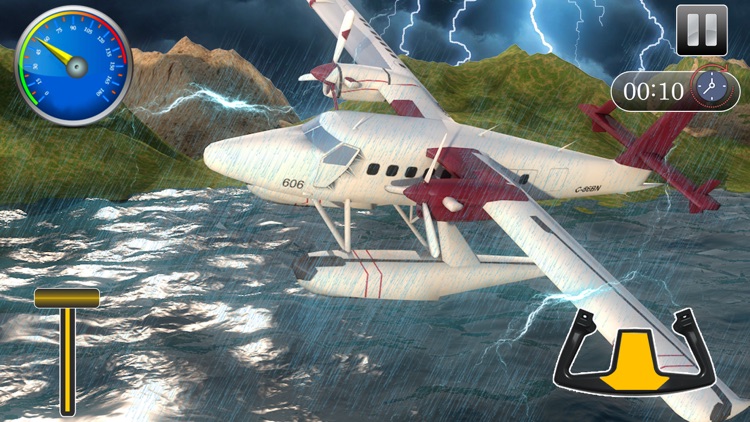 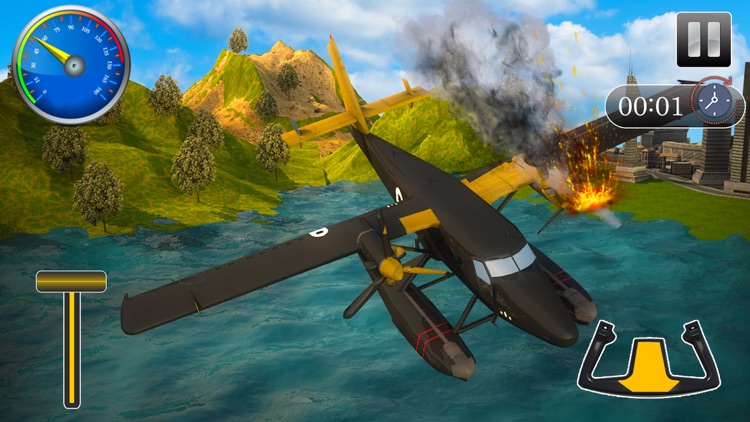 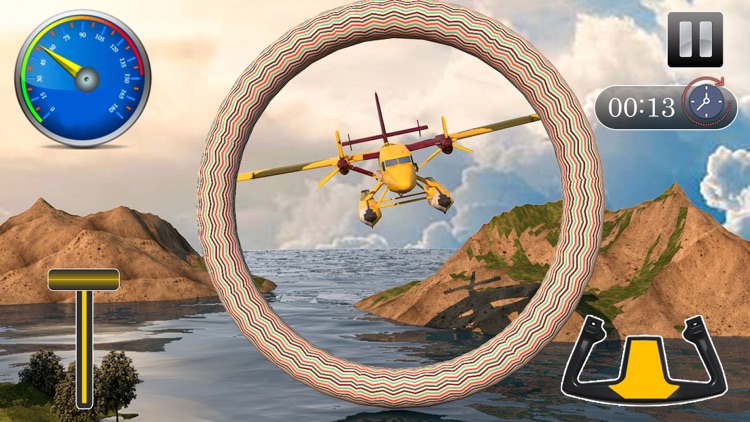 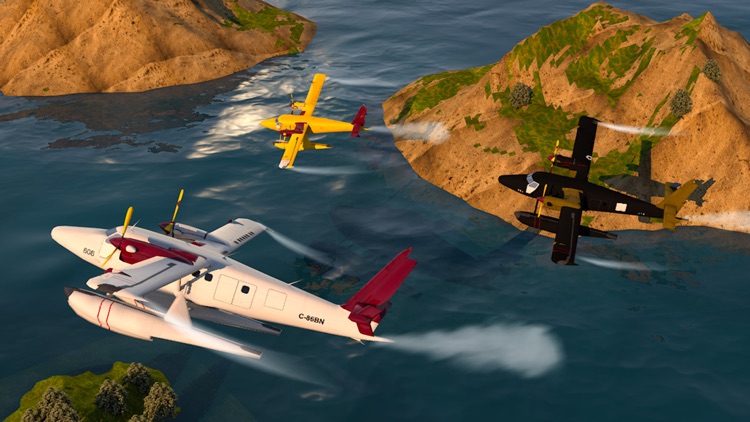 Flying Sea Plane Simulator 2018 is a new exciting, realistic flight simulator, game of 2018.
Flying Sea Plane Flight Simulator is a new addition to the category of best water plane games by FRS Studio. Flying simulators are the best and fun game among all the seaplane games. You play multiple games of racing, dino Simulations, and fighter games, but the real fun is the water seaplane, kids flying games. This freefly game is also for the peoples who love to fly within the air over the mountains, deserts, sea, and rivers. Show your pilot skills to become the best flying master in this water seaplane game. This Plane transport-er game is a combination of awesome flying controls of seaplane games and realistic feel in sea plane flight simulator 2018.
Start seaplane games with super flight simulator 2018.
If you enjoy Water plane flying games with plane landing & you are a fan of plane transport games with passenger transportation, this Water sea plane game is the perfect choice for you. Apply your seaplane flying skills in many different sea planes and become a pro airplane pilot of seaplane games. Enjoy airplane parking & plane landing that you have learnt from playing other seaplane flying games. So climb up the cockpit, start up your plane and get your hands on the throttle and the steering. Become a plane transporter as Pilot plane landing in different oceans jump and realistic sea plane flying with tricky aeroplane driving controls makes this Water plane simulator part of the best airplane free games in the world.
In this Turbo Jet Airplane Simulator game, you have also performed stunts on the air. Your main duty is to pick up the passengers and transport those using aircrafts in this Seaplane games: pilot simulator 2018. Water Sea plane is amazing simulation for tourist and this seaplane water stunts game provides surprising feelings of pilot plane in skies over the cities, mountain and water. You have to park the sea airplane at check points, pick the people and move towards destination within checkpoints over sea water. Plane parking is done on the checkpoints and when the seaplane picks up the passengers then you have to fasten your seat belts for fly in this plane simulator 3d game. The sound of the airplane is matched to the real airplane in this 3d plane game.
Airplane simulation is the greatest and eventual flying adventure. The seaplane is best for the tourist to enjoy the ultimate fun of islands and the places within the sea or rivers. Let’s begin the thrill of flying, driving and parking seaplane on water and within extreme heights to transport the passengers from one place to the other. Compatible controls and gorgeous view points during ride in skies will entertain you and make this seaplane game one of best flight simulator amongst real plane games. So, start driving seaplane and you will forget truck, bus, car and bike driving games. Download this airplane pilot simulator now to become an expert in sea plane games! 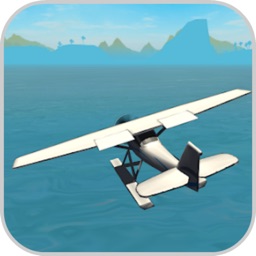 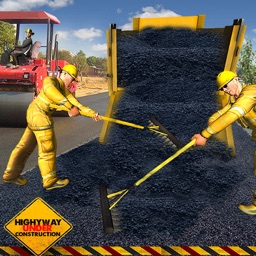 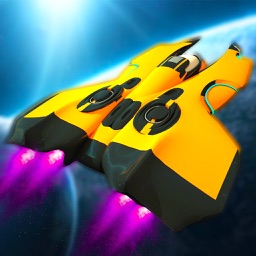 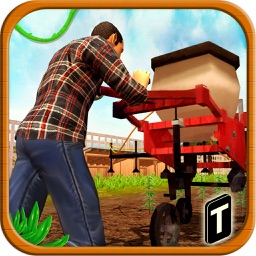 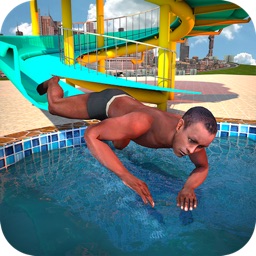 Farrukh Liaqat
Nothing found :(
Try something else